Tell me, have you ever met a parkrunner who didn't have a ridiculously complicated spreadsheet and a list of arbitrary goals? Having joined the 50 milestone club over a year ago and lost a bit of enthusiasm for getting up on Saturday mornings, I set myself the entirely unofficial goal of both running and volunteering at 20 different events. Sometimes having a target is all you need to rekindle your interest. It is a challenge that has taken me around London, as well as further afield and I am pleased to say I finally completed it on Saturday, with event #178 at Tooting Common my 20th different event. #achievementunlocked

It may be a made up goal rather than an official parkrun club, but for me, this challenge has given me a real awareness of how every parkrun event is just that little bit different. Recognising and celebrating those differences is important. For example, not all courses clearly encourage you to self-seed where you start in the field, with Tooting Common's predicted pace signs helping to reduce overtaking and allowing for a more comfortable start for all. A three-lap course allows you to see the wonderful marshals three times and also lends itself well to faster runners going all out, finishing their 5K then joining a slower friend on their final lap (and not going through the funnel a second time). Of course, the one constant across every parkrun event is the fabulously warm welcome - thanks for having me, Tooting Common! 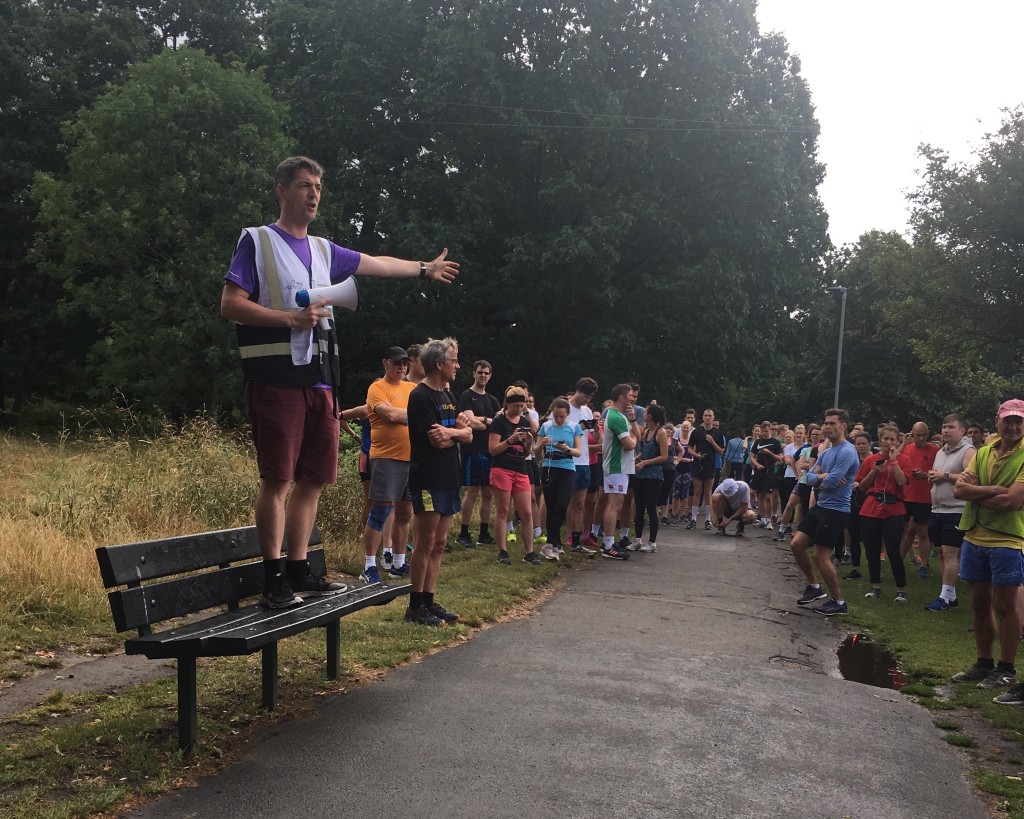 There were 39 genuine first timers joining the parkrun family - a massive welcome to all of you. As Run Director Tom BAKER pointed out in his first timers briefing, your Saturdays will never be the same again. You're welcome to run each Saturday at Tooting Common, but that barcode is your passport to any parkrun in the world. You never know where it might take you!

Speaking of travel, there were 44 first-time tourists. Some (like me) joined from elsewhere in London (I know, we really made an effort) but others came from outside the M25 (shock, horror). To name a few, there were visitors from far-flung Aberdeen (Naomi MILNE), Ganavan Sands (Beatrix Siemering) and Ginninderra (Tony WALLACE).

There were two official milestones to celebrate this week with Marian KELLY and Joanna JONES both joining the 50 club. Home bird Marian has completed all of her 50 events at Tooting Common and even managed to slot in 14 different days volunteering, which is absolutely fantastic. Joanna has already ventured into a spot of parkrun tourism, having completed her 50 parkruns at 3 different events.

Well done to Marian and Joanna - here's to the next 50, wherever they might be!

Congratulations to Ashton Court repeat tourist Jack MILLAR who not only set a PB, but bagged the first finisher token. His time of 15:29 knocked four seconds off his previous best time, resulting in a PB for him not just at Tooting Common but an all-time PB across all seven different events he has completed. Not quite fast enough to take Tooting Common's all-time male record of 14:57, as set by Paul MARTELLETTI two and half years ago, but pretty impressive nonetheless! I'm sure I saw Jack heading towards the funnel just as I was finishing my first lap...

Bushy Park tourist Nick ROWE also did a terrific job with his time of 20:13, which is an all-time PB for him at Tooting Common, smashing his best time for 2018, 2017 and 2016. The longer the wait for the PB, the sweeter it is. Very well done, Nick!

Ben ARROWSUCH took an impressive 7 minutes 34 seconds off his Tooting Common PB, taking his best time down to 19:30. Welcome to the exclusive ranks of the Tooting Common 19-minute somethings!

Sarah LOCH managed her fifth ever PB with 33:30. That's an an average hit rate of one in every two parkruns being a PB - well done, Sarah! Just goes to show how all the hard work pays off.

There were 71 PBs in total and we hope lots of celebrations when everyone got their results. Some fab accomplishments - well done all!

With an event as big as Tooting Common, it takes a lot of volunteers to make it all happen. Around 40 people are needed for the event to go ahead smoothly each week. Run Director Tom BAKER struggled to get enough support for event #178 and made do with only 33 helpers, which isn't ideal. Not everyone can volunteer and that's perfectly fine, but with a field of over 500 each week, there are quite a lot of people who could probably volunteer and perhaps have not yet considered how they can get more involved.

Some roles mean you do need to be available throughout (like timekeeper!) and thus preclude you from running, but there are a surprisingly large number of roles you can combine with running, walking or jogging, no matter your pace. At Tooting Common, these include first timers briefing, pre-event setup, event day course check, volunteer co-ordinator, post-event close down, token sorting, run report writer and results processor. Groups of pacers also welcome!

If you can run in about 23 minutes or less, you can also combine running with barcode scanning or funnel management, allowing you to get your run in and still get the warm fuzzy glow that comes from being a hi-viz hero. There are lots of options!

Please do think about whether you can help out Tooting Common in the coming weeks and email the core team at tootingcommon@parkrun.com if there are any dates you can do. They will only be too pleased to support you in volunteering for the first time and/or understanding how you can run and volunteer at the same time.

Friends, family, flatmates, random people on the street - bring them all with you. Whilst volunteers are often parkrunners giving something back, they don't actually have to ever run, walk or jog if they don't want to. If volunteering isn't for you, encouraging others to give volunteering a go is appreciated in itself!

A very heartfelt thank you to the 32 other volunteers who made event #178 possible:

From the marshals who kept us all going, to the funnel managers who made sure we all behaved, thank you. Of course, an extra big thank you goes to Tom BAKER for overseeing the whole shebang!

Until the next time, happy parkrunning.