Sunshine and clouds fought to take precedence as the participants arrived. Plenty of runners tuned in to the first timers briefing, indicating that Torbay Velopark is attracting plenty of new and visiting parkrunners. We had tourists from Essex, Swansea, Somerset, Basingstoke, and Gloucestershire, including individual runners, holidaying families, a parkrun ‘uber-tourist’ and most of a rugby team.

Heavy overnight rain meant that a lap of the field was out of the question and a last minute course change had been implemented. The RD explained we would be running to the beach and along the sand to Brixham. On reflection, a third lap of the Velopark seemed the safer option, with a short out and back section to finish.

The first Saturday of the month meant four pacers had volunteered to lead their respective troops onwards with targeted finishing times of 23, 25, 27 and 30 mins. They were introduced prior to the start and runners assembled around them as 208 participants set off to run, jog or walk the 5k.

The adjusted route was never going to qualify for the most scenic course in parkrun world, but there were three ducks occupying the grass in the middle to keep things interesting; a sure testament to how wet it was. I suspect most runners were grateful of an extra loop of the smooth surface in favour of a waterlogged field, especially those of us who only brought one pair of trainers on holiday! Others however seemed to relish the massive muddy puddles on the out and back track and didn’t let it deter their efforts for a sprint finish.

The third lap meant plenty of runners were lapped who wouldn’t usually be. It was a joy to watch the frontrunners, led by a lesser-spotted 250 t-shirt, streaming past the pack. By this point the sun was beaming through, making it evident how exposed the track is. This is going to be a hot course come summer. However as the tail end runners were finishing the course the forecast April showers arrived and the finishers retreated towards the leisure centre and car park.

Special mention must go to the dozen Rugby Players from Frampton Cotterell who were visiting Torbay Velopark parkrun on a training weekend and ran the as part of their training. They were passing the rugby ball from player to player and back and forth to the marshals on completing each lap. 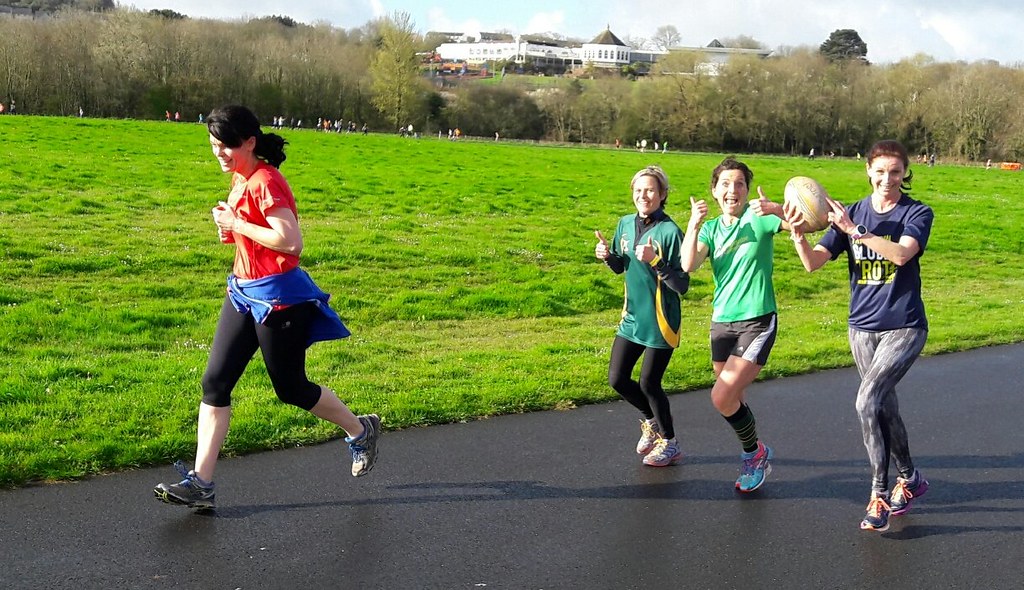 Congratulations to today’s ‘milestoners’. Tom Wright completed his 10th parkrun today at the age of 14, entitling him to claim his white milestone t-shirt. Tom is a frequent volunteer and it is a delight to see a youngster embracing the parkrun ethos and being a great role model at such a young age. An even younger junior earning the 10 t-shirt today is Rory Graham, running in the JM10 category. Well done Tom and Rory. Good luck to you both on your way to the 50 milestone. Two members of the 250 club and four members of the 100 club ran today, providing inspiration to those nearer the start of their parkrun journey.

We have achieved a new milestone as over 1000 parkrunners have now registered Torbay Velopark as their home run after 46 newbies signed up this week. Let’s see how long it takes to beat the course attendance record of 396, set in the first event.

By giving our time we have contributed to another milestone as 103 different people have now volunteered since the event started three months ago. It’s really easy to get involved in volunteering by e-mailing torbayveloparkoffice@parkrun.comwith your availability. Many roles can be combined with running and your first 25 stints count towards the purple volunteer t-shirt.

Thanks to the four pacers who no doubt contributed to 56 Torbay Velopark parkrunners recording new Personal Bests this week. Of particular note was Paul Fielding who was the closest pacer to his target time, finishing 2 seconds ahead of 27 minutes. This is particularly impressive as a visiting parkrun tourist with no prior experience of the course. Russel Hart also did a fantastic effort beating his pacer target time by 5 seconds to finish in 22:55. There is a noticeable cluster of PBs around and sub 25 mins this week too. 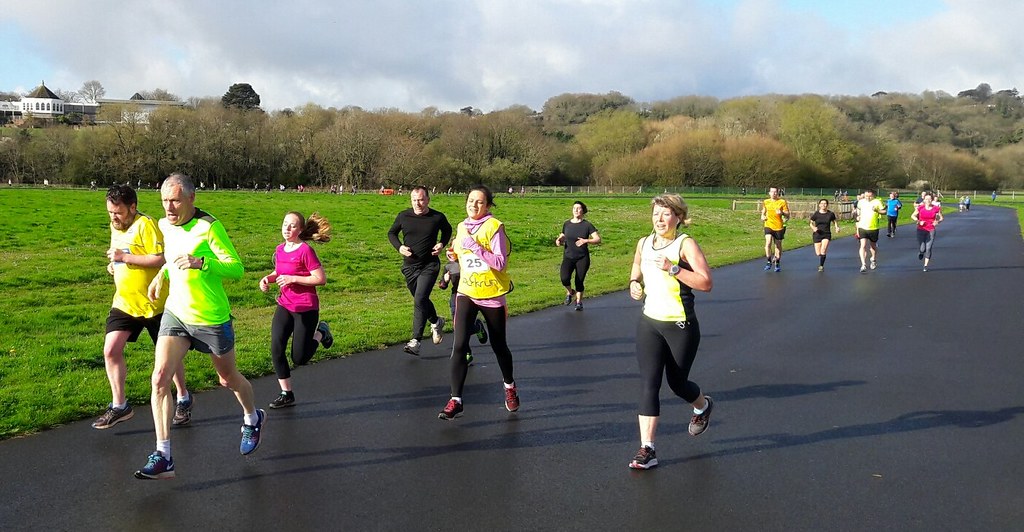 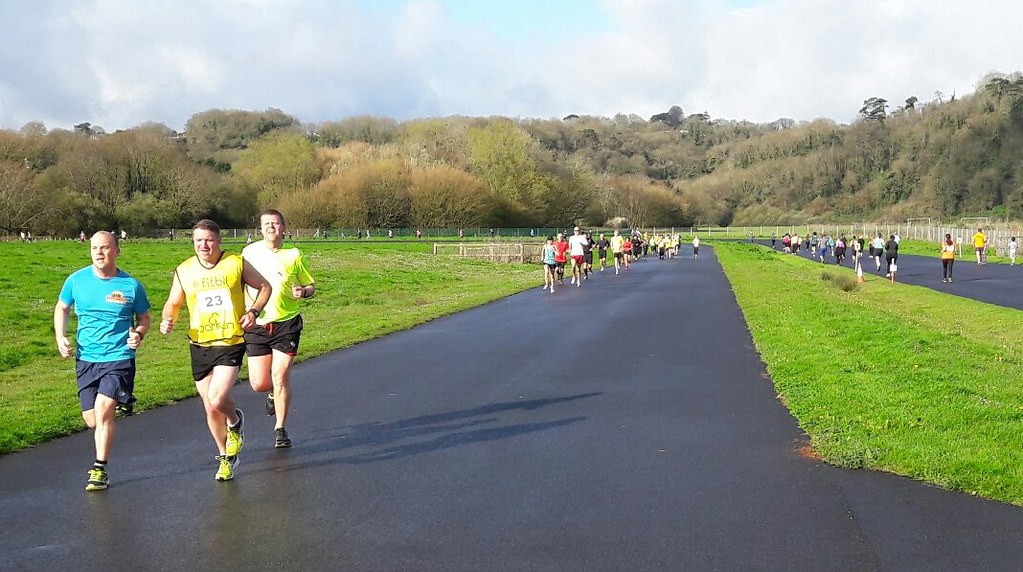 Many of the PBs earned today were amongst the faster runners which is unusual. Representatives of 16 different clubs took part, including various running clubs of South Devon who were well represented in the results table.

First through the finish funnel today was Julian Michael BOON (VM45-49) of Forest of Dean AC in 18:28. This was his first appearance at Torbay Velopark but his 262nd parkrun in total. Close behind was Shaun MCKERNAN (JM15-17) of Torbay AAC, in a PB of 18:45. It’s great to see a junior in the placings, well done Shaun for finishing second. Marc WALPOT (VM50-54) of South Devon AC, was third over the line in 20:02.

Our first female finisher taking 33rd place was Fay CAMERON (SW25-29) of Torbay AAC, in a PB busting 22:54. Clubmate Jo LOTEN (VW45-49) was second lady over the line (37th overall) in 23:20 also bagging herself a PB. Completing the trio of PB achieving women in the female placings was Alison WHITE (VW60-64) of Exmouth Harriers AAC, finishing 44th overall in a time of 23:57. Alison also earned her name in lights for her age graded score.

Well done to all 208 April Fools’ Day Torbay Velopark parkrunners, including 62 who were first timers to this venue, of whom 32 were running their first ever parkrun. A particularly noteworthy result was Matthew Haywood who was the best placed parkrun newbie finishing 5th in his debut run.

Today's full results and a complete event history can be found on the Torbay Velopark parkrun Results Page.

Many thanks for reading 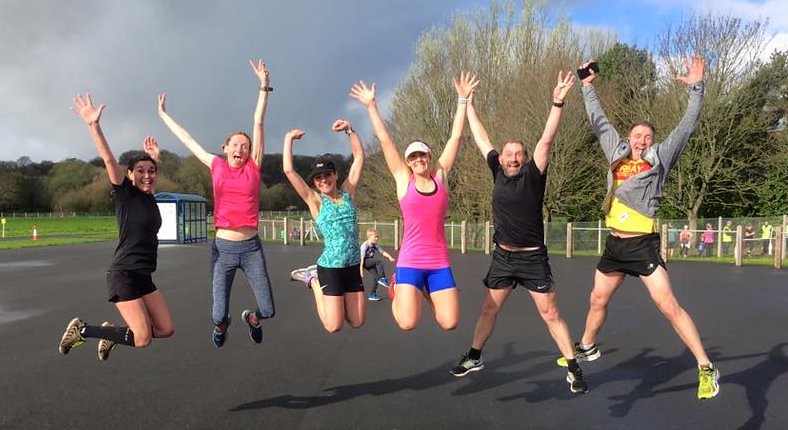