We are delighted to introduce you to the new "Core Team" in charge of taking our parkrun forward. In parkrun lingo, an Event Director (ED) has overall responsibility for the event - liaising with the local authorities, parkrun HQ, ensuring we comply with all safety requirements etc. A Run Director (RD) is in charge of the run on a particular week.  No single person could replace Ian Kirtley, so we now have two EDs sharing his old role, plus several RDs - a mix of the old and the new. Read on to find out about them all...

Simon has been part of the parkrun family for several years, running 123 parkruns and volunteering over 70 times. He’s recently moved to Newcastle, having previously been in Glasgow where he helped set up a new parkrun, and is excited to join the Town Moor team as one of the Run Directors. 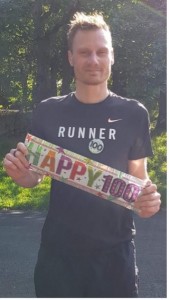 Kate joined parkrun when she moved to Newcastle in Summer 2014 and has now completed 235 parkruns (the large majority of which have been Town Moor) and has her 25-volunteer shirt!  Kate loves the atmosphere of parkrun, that welcomes everyone. 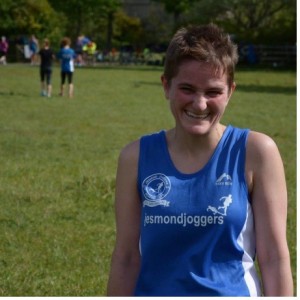 Peter has recently retired after a long career in local government. He is a big supporter of the parkrun philosophy of inclusiveness and wellbeing and jumped at the chance to become involved as Co-Event Director. Peter has completed 80 parkruns and has volunteered on a number of occasions previously including as run photographer. 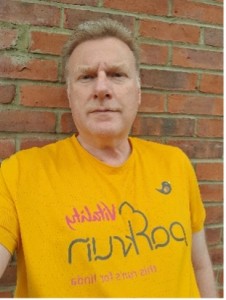 Russell has been parkrunning since 2011 and was on 199 parkruns when the clock stopped in 2020. He has also been a Run Director since 2013 and loves welcoming people onto the Town Moor in all weathers. When not at parkrun, Russell is a running coach and a timekeeper for England Athletics. 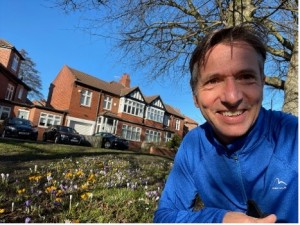 Nigel only started running late in life, to get fit after struggling to run for 5 minutes on a treadmill. After a few years trying, the habit kicked in and he started to enjoy it. When he says enjoy…sometimes it’s was just knowing it’s was doing him good that keeps him going! Nigel found parkrun by chance after a few years and was quite nervous turning up, not wanting to be too slow for everyone, but soon realised most runners were just like him. Ten years later, after also volunteering over 200 times now, the friendship, encouragement for anyone setting out trying to run or walk the full distance, is a fantastic thing to be part of. 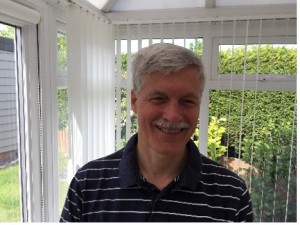 Paul took up running in his mid-30’s to raise funds for a charity in memory of a friend and quickly found a love of getting out of the house for a jog. You’ll never find Paul anywhere near the front of the pack. He is not in it for the racing. Running has taken him to events all over the world and enabled Paul to experience things and meet people he otherwise never would have. Paul hopes that during his tenure as Co-Event Director he can continue to host an event that welcomes and encourages participants of abilities to come along and enjoy a lap of the Town Moor and to start their Saturday with a smile. 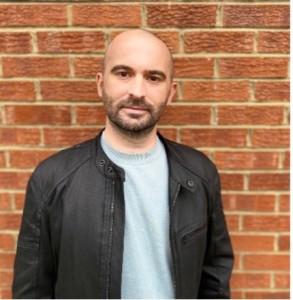 Larry has completed several circuits of the Town Moor.  Parkrun encourages everyone to participate and promotes healthy living in the community so it’s basically the best thing ever.  Feel free to enjoy his accent and ever-changing hair styles. 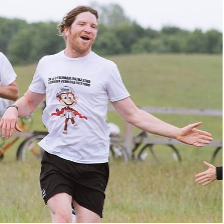 Penny started running in her 30’s after never having enjoyed PE at school or organised sport. She ran her first parkrun in 2009 and was very happy when parkrun came to Newcastle in 2010. Since then, parkrun has become part of Penny’s life and she has completed 247 parkruns and volunteered 144 times. Penny has been a Run Director for 5 years and has been a parkrun ambassador for 4 years. She loves the fact that parkrun is for everyone, whether they walk, run or volunteer and everyone is welcome. 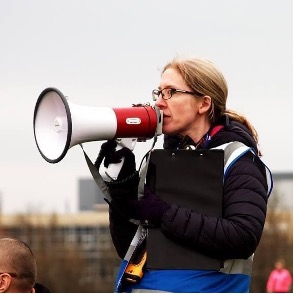 Killian McCartney (Run Director)
Killian started parkrun at Newcastle parkrun in 2012 and has since completed 257 parkrun at 148 different events. He's used parkrun as an excuse to travel and so has completed parkrun events in 10 different countries, including Ziegelwiese parkrun in Germany to collect the 'Z' on the Alphabet challenge. Just two to go. Killian has volunteered 63 times and was a Run Director at Sunny Hill parkrun in North London before returning to Newcastle in 2020. 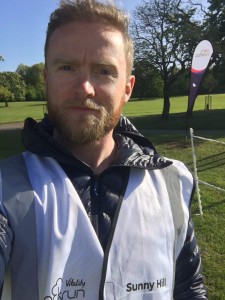