A beautiful sunny morning brought not 99 Red Balloons but 99 happy smiling park runners to Tring Park, including 25 new runners. All of who laughed nervously as I welcomed them to the park wishing them good luck and recounting tales of Heartbreak Hill! 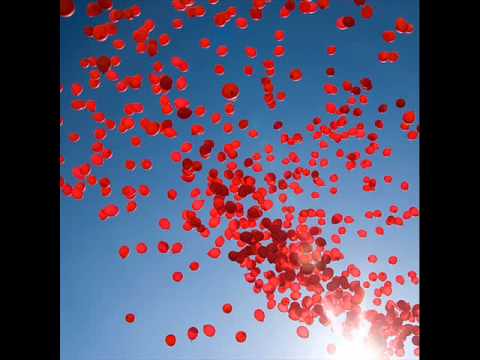 To add to mystery of what is becoming known as the ‘TT’ (Tring Triangle) this week's unexplained disappearance was the synchronisation data on our stopwatches! However with some splendid sleuthing by Judi "Sherlock" Hopcroft who was able piece together the evidence and give us reliable results. An appeal was lodged by Ken Douglas who pointed out to her that that he crossed the line 3rd with a new PB but she quickly established that he wasn't even there on the day! There are no flies on Judi.

Following last week’s strange disappearance of the resident cows they returned, from who knows where? Maybe another case for Sherlock Hopcroft? I maybe tempted fate by making some flippant remark about running cows, which they may have overheard before they slunk away into the far corner out of sight (and out of mind) awaiting the front-runners. But as the leaders headed back into the valley after the “Corner of False Hope”, they gained a new set of bovine pacemakers. 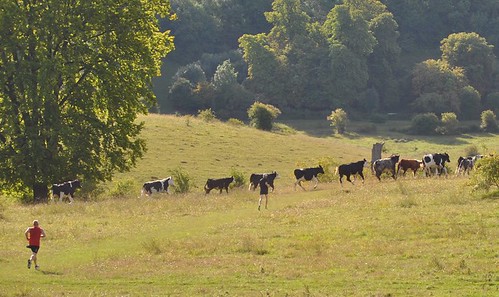 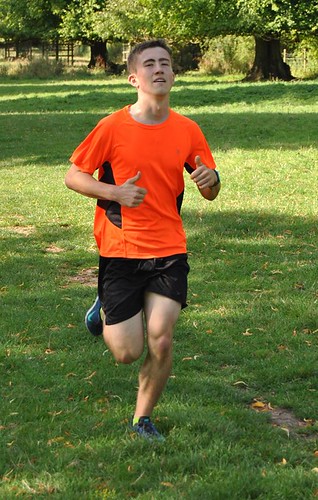 Dominic EVANS remains at the top of the men's annual points competition with 2963 pts closely followed by Tom NORTH in second with 2884 pts and Richard LAMBERT in third 2169 pts.

Before the start of Saturday’s parkrun Richard was awarded parkrunner for the month July. Not only is Richard a regular volunteer, he has run more Tring parkruns than anybody else. Before the run our very own Tring park run correspondent caught up with Richard. To see what he said you’ll have to read to the end of this report. 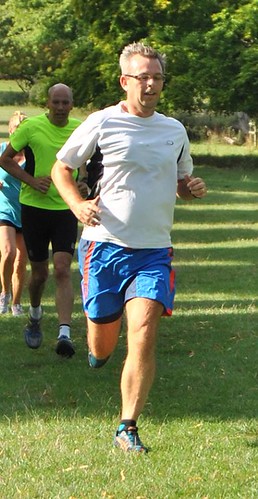 Richard Lambert, parkrunner of the month and all-round great guy 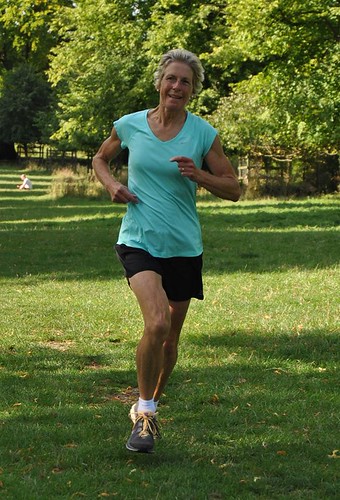 Lynda Hembury, first female finisher this week and second in the female points competition for the year - and a great friend of Tring parkrun.

Lorraine HURFORD remains at the top of the ladies’ annual points competition with 3423 pts, next in Lynda HEMBURY with 2930 pts then Janet REEVE with 2303 pts.

Special mentions must go to Jim GODBOLT who set a new age category record by beating his PB and at the age of 70! And to Pete GODBOLT who equalled our record for our furthest travelled Parkrun tourist coming from Australia. 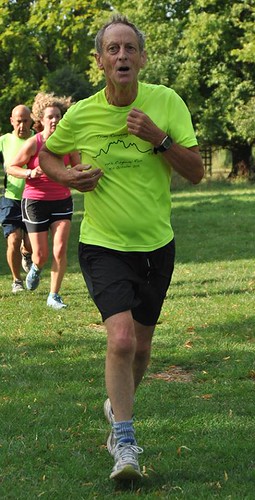 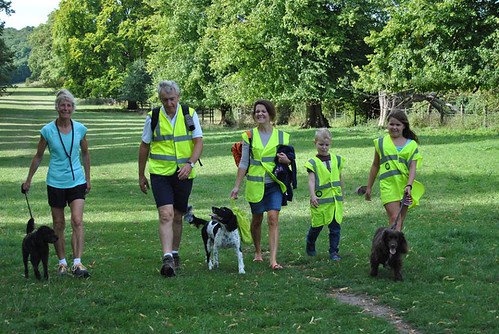 And now for what Richard Lambert, our parkrunner of the month had to say.

How has parkrun changed your (or your family’s) Saturday morning?
Parkrun fits perfectly into our family’s Saturday mornings. I drop my son at his football training at 8.45am and I can then get to the parkrun start line just in time. When it’s not the football season, I can help out with volunteering or bring the kids along to run sometimes too.

How long/where have you been park running
I did manage 3 runs at Aylesbury a couple of years ago, but since Tring started up last Autumn, I’ve been coming along pretty regularly.

Why do you parkrun?
I like the relaxed, family, community feel of the event, chatting to people before and after. It also provides a good weekly challenge to aim for that elusive PB.

What is your favourite weather for running and why?
I’m not a fan of running in the heat. I much prefer it when it’s dry and cold. Having said that, there were a couple of Saturdays when it was snowy and that was great fun.

What is your favourite volunteering role and why?
I like doing the pre-event set-up – making sure all the signage and arrows are in place. I’m hoping to graduate to do the ‘big loop’ set-up at some point!

Have you any Parkrun/running goals?
I’ve recently turned 50, so I’ve got some associated goals for the year; reach my 50 Parkrun milestone (and 50 at Tring), run a 50km race (October) and then a 50 mile race (next April).

What is your best parkrun moment?
Once, just once, I managed to get to the part of the course where you can see the finish (but still have 1km to go), and look through the trees to see the winner cross the line.

Have you been a parkrun tourist?
Only Aylesbury. I don’t think that counts, does it?

Any idea what type of shoes you might get?
In anticipation of the Autumn/Winter, I think I may get some trail shoes that are designed to cope with the muddy and wet conditions.

Who is your greatest running hero or inspiration?
It was my brother-in-law who got me into running. I watched him run in the London Marathon about 10 years ago and back then I couldn’t understand how he could be enjoying it. I can remember him being euphoric at the end and in that moment being inspired to give running a try.

See you all at 9am next Saturday.