A day may come when the courage of our runners fails, when we forsake our quest for PBs and break all bonds of parkrunmanship, but it was not this day! This day we fought and the records came crashing down!

What a parkrunday! Our third highest turnout ever and a run report writer’s dream – a swathe of new records and amazing runs to share with you all.

We’ll start at the front where our first male and female runners put in a pair of blistering performances. The Men’s course record at Tring has stood for a mammoth 46 runs when Ian Kimpton set what seemed like an unassailable 17:38 back in December. However, one Peter Woodward (Forest of Dean AC) returned to Tring for the third time to see if he could earn those elusive polka dot shorts and become Tring’s own King of the Mountains. With the marshals cheering him round Peter was able to complete today’s run in an impressive 17:43, our second fastest time ever and just five seconds shy of the all-time course record. To put this in perspective, Peter completed the first kilometre in 4:14 and then had to run several of the other kilometres at under sub-sixteen minute pace to make up for what fellow Run Director Wes Ball has dubbed the ‘Col de Tring’ – an impressive achievement! Peter’s personal best of 16:37 was set last weekend at Cambridge parkrun so if you’re looking for somewhere fast and flat I think that could be for you! Rounding off the top three for the Men were Ian Grimshaw of Leighton Buzzard AC and Graham Macaulay. 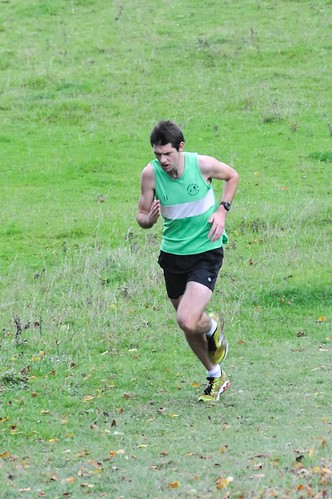 So the Men’s record lives to fight another day but it is with great pleasure that I can report that it was a different story for the Women. Back in June Claire Hallissey of Bristol and West AC set a new record of 20:07. It was another visitor, this time Sian Thomas of Chiltern Harriers AC, who was able to blast round the course in just 20:04, edging us ever closer to the sub-twenty minute mark. Sian usually runs at Bedfont Lakes parkrun and has a personal best of 18:12. Well done Sian! If you fancy popping back and knocking a few seconds off you are more than welcome! 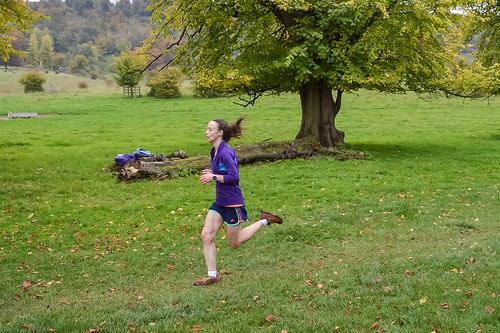 Sian Thomas beating the lady's record by 3 seconds and just 4 seconds away from the magic 20 minutes. Well done Sian! We're getting closer but Tring hasn't got either a male in the sub-17min club nor a female in the sub-20min club - only 2 parkruns that are older than us share that statistic (Cheadle Hume and Armagh)

Also laying claim to a new course record this week was third placed Female Lynda Hembury who set a new highest overall age category score of 83.79% in a time of 22:31. Lynda runs in the VW55-59 category and to simplify the quantum mechanics of these percentages as much as I can, effectively she is running at almost 84% of the world record time for a woman in that age category. Well done Lynda! 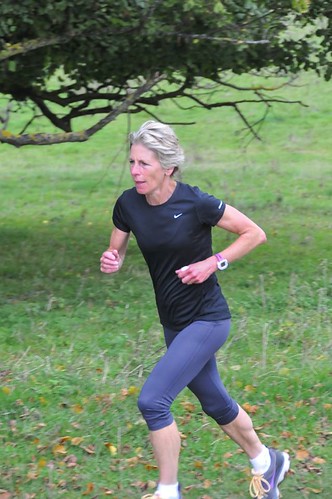 Congratulations also to the 44 runners who recorded new Personal Bests this weekend, including a few whoppers from Eric Breslin who improved by 1:13, Dom Grimshaw by 1:37 and Troy Valentine by a massive 4:11! Also continuing an impressive run of PBs were Keith Stone Street who has now had three in a row, Melissa Burt who has had four and Dennis Raffety who has now achieved an impressive five PBs in the last five weeks! Paul Myatt today achieved his 18th Personal Best at Tring, beating his previous time by just one second. We like to reward consistency here at Tring, so… good work.

Likewise I’m also happy to give a resounding “ooh, nearly” to those who almost managed a PB this week, including Paul Knight, Helen Tullie and Trevor Brawn who all missed out by just five seconds. Greg Dell and Paul Chamberlain were both within four seconds of their time and Daisy Wade did an excellent job of matching her PB to the second on her fifth parkrun.

With just two runs to go until the end of the annual points competition (with a maximum of 200 points available) I think it’s safe to say that the ink has well and truly dried on the certificates for 1st, 2nd and 3rd female. Lorraine Hurford leads the way on 4,002 points with her Tring RC compatriot Lynda Hembury in a comfortable second with 3,324. Our third placed female, Helen Tullie, is currently not a member of a running club so perhaps someone from Tring RC should be offering her a membership to get a clean sweep of the podium!

In the Men’s competition there are still just enough points available for things to change around, with Dominic Evans of Tring RC holding on to a narrow 124 point lead over Tom North of Gade Valley Harriers: Dominic has 3,482 points and Tom has 3,358. Paul Myatt looks fairly secure in third place with 2,779 points.

In our run down of tourists, visitors and first-timers I’m pleased to report that we welcomed 38 new runners to Tring this week, of which 17 were completing their first ever parkrun. We hope you enjoyed it and will be back again very soon. Following in the footsteps of Chris Cowell last week, our first placed runner Peter Woodward also fancies himself a bit of a parkrun tourist, having ran at 110 different parkrun locations. That being said, it is Matt Shields of North Belfast Harriers who claims the award for ‘greatest distance travelled to run at Tring’ this week. Matt has run with us before back in January and is also something of a parkrun celebrity, being the regional manager for parkrun in Ireland. Matt set up the first parkrun across the water in Belfast in November 2010 and five years later there are now 38 different events. We hope you enjoyed your visit and I’m sure there are plenty of us who would love to join you at Waterworks parkrun on a Saturday in the future.

Friday 16th October marked the start of Hertfordshire’s ‘This Girl Can’ week, which is actually ten days long – bonus! The aim of the campaign is for women/girls to raise awareness of the sporting activities they are doing and talking about what they enjoy and why they are doing it. Alongside many other sports clubs and organisations Tring parkrun took part in its own small way by celebrating the efforts of the “Girls” who were running with us on Saturday. Our “Team Girls” photo was accompanied by a very feminine cheer, whilst our equal opportunities photo for the “Boys” resulted in a very gruff and manly roar. Whilst from this report you can see that it was the women who smashed most of the records, it turned out that the start of ‘This Girl Can’ week saw the 6th highest male attendance we’ve had, so we’re hoping that you can join in by getting as many people as possible to encourage a sister, daughter, friend, aunt, grandmother or even great-auntie Betty to come along to run with us next weekend. 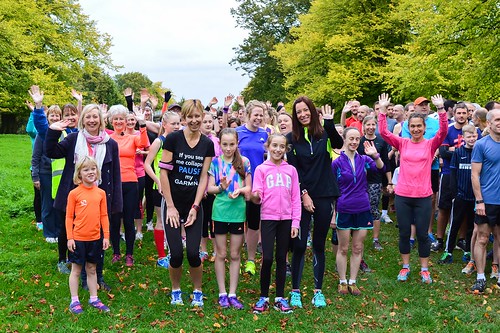 For more information about ‘This Girl Can’ week, visit www.sportinherts.org.uk. You can also use the hashtag #TGCinHerts where there is a daily competition to win a £25 voucher.

There were no 50, 100, 250 or 500 celebrations this week (yes, there really is a 500 shirt!) but we are able to say well done to Juniors Robert Alcock, Oscar Atkins and Gus Evans who all completed their tenth runs this weekend, earning the right to claim a swanky new parkrun 10 t-shirt! 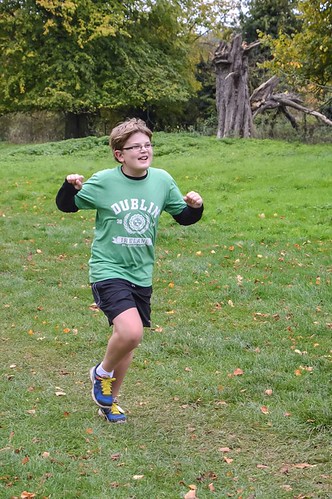 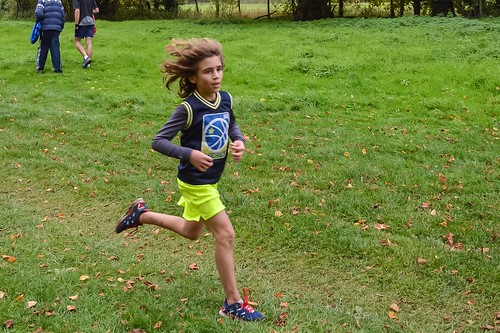 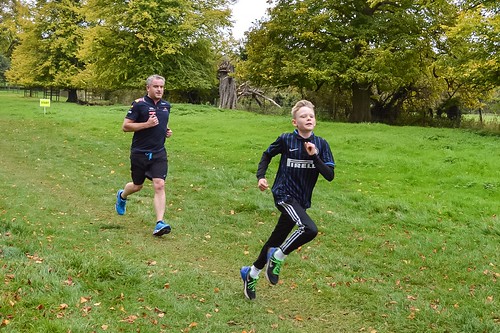 Now time for a bit of a whistlestop tour of a few other stats the Tring supercomputer compiled for me this weekend: 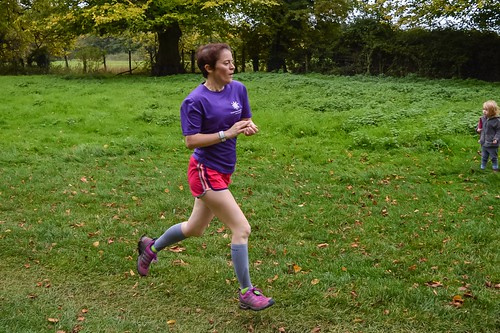 Congratulations to Joanna Day - you are the 1,900th parkrunner at Tring 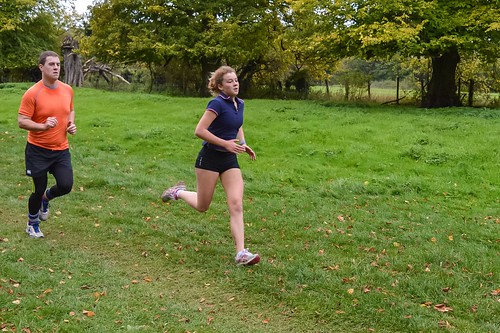 Izzi is our queen of being the xth person to run x times at Tring parkrun having achieved this on her 14th, 15th, 16th and 24th runs!

Finally it’s the one you’ve all been waiting for - my award for the most aesthetically pleasing time of the week. Typically in this bumper week there were plenty to choose from. Anthony James, Lucian Cox and Beverley Wilkins all looked promising with their symmetrical times of 20:02, 31:13 and 34:43; Matching minutes and seconds were Jon Hull (25:25) and Mandy Carey (27:27); Showing excellent consideration for aesthetically pleasing names and times were Amy and Lisa Phillips who both crossed the line together in an identical time of 37:00. However, this week our winner is first timer James Bell who finished with an excellent time of 23:45! Feel free to pop back next week James and knock 11minutes 11seconds off your time to declare yourself the all-time winner!

Once again I need to say a huge thank you to all of the volunteers who helped out with Saturday’s run. At Tring we are very fortunate to have a dedicated team of individuals who regularly volunteer, but we are always looking for more so please do consider volunteering yourself in future – it really is good fun! Drop us an e-mail at tringoffice@parkrun.com if you are interested. 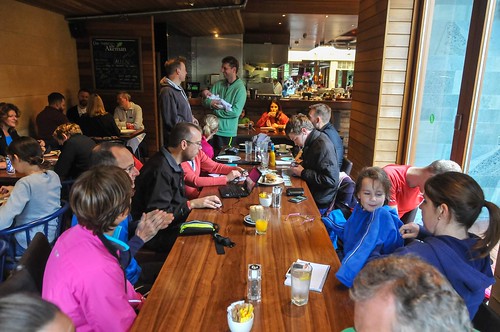 Dates for the diary:

7th November – 1st Anniversary Run (there will be cake!)

1st January – Have a lie in and run with us at 10:30am or do the double and run at Aylesbury or Gadebridge at 9am, claiming two parkruns in one day!*

*Gluttons for punishment must surely attempt the three-peaks challenge of the two laps at Gadebridge and one at Tring!

As Run Directors we are very lucky to be able to award one runner per month the prize of a free pair of running trainers courtesy of parkrun’s sponsor Sweatshop. This month the complex voting algorithm threw out the name of Tom North. Tom has run at Tring 33 times and has volunteered at over half of those, usually in the role of ‘Pre Event Setup’ where he will run some of the toughest parts of the course to set out the arrows and cones that guide you round. We managed to catch up with Tom for a quick interview: 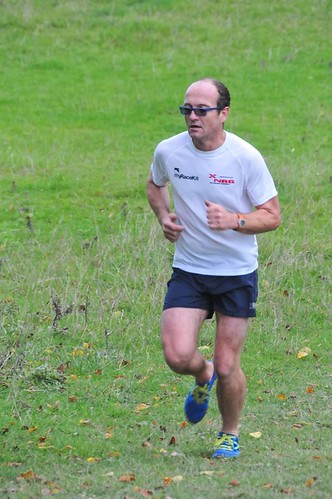 How has parkrun changed your Saturday morning?

parkrun has meant I can have a bacon butty every Saturday as I have earned it.

How long/where have you been park running?

I have been park running for about 5 years but very irregularly mostly at Black Park then Aylesbury.

Why do you parkrun?

I do parkrun as it’s a great social event and who better to race than yourself.

What is your favourite weather for running and why?

I love to run in the snow I love being the first person across a field.

What is your favourite volunteering role and why?

I enjoy doing setup but no one knows. Barcodes are better as you can chat to everyone.

Have you any parkrun/running goals?

Running wise I really would like to do a 100 miler.

What is your best parkrun moment?

Every week seeing the variety of people who turn up I love how all-inclusive it is.

Have you been a parkrun tourist?

I try to parkrun whenever I am away.

Any idea what type of shoes you might get?

Trail shoes ready for the mud as its on its way!

Well done Tom from all of the volunteers and runners – thank you for all your help and support!