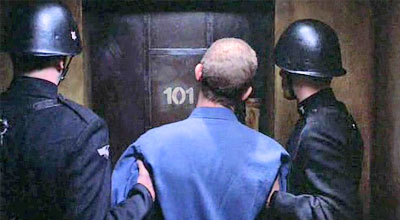 “You asked me once, what was in Room 101. I told you that you knew the answer already. Everyone knows it. The thing that is in Room 101 is the worst thing in the world.”
O’Brien

As I drove to Tring Park on a gloriously sunny and slightly misty early Autumn morning I was already pondering the run report, even before the course had been marked out.

What would be my run report be about (apart from the fabulous 232 runners, 24 volunteers and dozens of spectators, of course)?

Well no one came dressed in black and white spots so the Dalmatians were out. And have you ever listened to the Depeche Mode album? It’s one for the completists, put it that way.

So I was drawn back to Winston. Room 101. “Full of the worst things in the world”. Full of your worst fears. Designed to break your spirits by confronting you with the things that scare you more than anything else.*

“But, Wes!” I hear you cry. “Tring parkrun is great!” And I know it is. That’s why we had a record 87 people run last week and this week. That’s why we had our third highest attendance ever of 232 runners. I know you love it, not fear it. So instead I’ve taken an eclectic look at fears. If Room 101 is filled with my worst fears, hopefully it will be filled with parkrun glory. Then my sprit will not be broken!

Gates: I wasn't scared of gates until today. When, just as I was preparing to begin the pre-run brief, I got a call from intrepid Gate 1 marshal, Leon. "The gate is jammed, Wes." Much brute force later, and an aborted mission by Paul McCormack to give some extra muscle. And the run was under way. But not before I'd confronted the idea that 232 people were all looking at me, wondering why they couldn't run.

Siblings: I’m scared of them. Well not my brother or sister, because I’ve got a faster PB than them. But I’m scared of the Beedell brothers. We waited 100 parkruns for 2 runners to go sub-18 min at the same event and just one week later, we repeat the feat. This time with both the two runners being brothers separated by just 7 seconds. Well done, Thomas and Simon Beedell.  I’m also scared of the awesome Noah & Magalie Wilcock who both achieved their “10” today. The first siblings to earn the same coloured shirt on the same day at Tring. 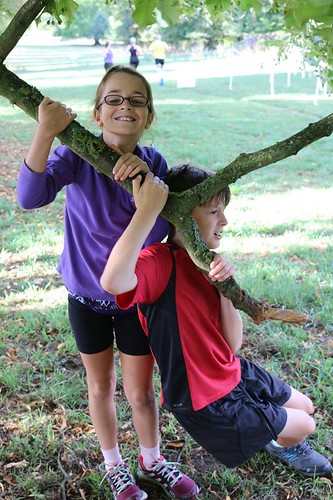 Great job, Noah and Magalie. Looking forward to seeing you in your white "10" t-shirts soon enough.

Fast runners: I’m scared of them. I look at them in sheer admiration at the amount of dedication they put in to run that fast. And it scares me. Lynda Hembury set a new highest ever age graded percentage of 84.8% beating Kirk Clifford’s record from earlier this year. To put this in perspective, the World Record for Lynda’s age group for 5k is only 3mins 45 secs faster than she ran today and apparently the World Record holder didn’t even have to run on grass or up a big hill! 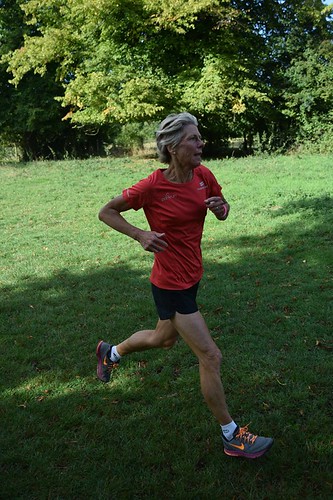 Lynda: faster and ever faster.

Names: They scare me. I’m terrible with them. Sorry if I’ve ever called you by the wrong name. I promise that I do try hard. But I won’t forget the names Waew, Alberto, Fraser, Eloise, Amrut, Carmen and Kathleen for it was the first time we saw these names at Tring parkrun. You’re all very welcome – hope you come back soon. It was also the hundredth time we have seen the name Phil and fiftieth time we have seen names Maura, Sam and the surname, Hembury.

PBs: I’m clearly scared of them. I haven’t set one at Tring since April 2015. But no PB phobia for some folk. Morgan Cox has set three PBs in the last three weeks, While Dan Hart, Louis Roger, Samantha Cooper, Helen Porter, James Foskett and Julian Crane have all set two PBs in the last two weeks. And congratulations to all of the following who took big chunks off their PBs: Samantha Cooper, Sam Friend, Caroline Hart, Matt Channer, Roseanne Coles and Eva Pudney. And you all did this while having to dodge cows on the course at 4km and in the finish straight (thanks to the cow marshals for keeping a close eye on our bovine friends who were particularly mobile this week). 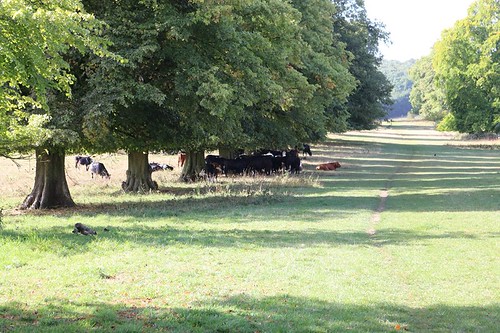 Our resident PB inhibitors. It's like a steeple chase. Only with moving obstacles. Particular well done to all PBers this week, having to dodge cows on the course at two points.

Andy Evans’ super computer: I’m terrified of this. It can generate any stat you want about Tring parkrun. Any stat at all. This is what he emailed me within a couple of hours of the run finishing today (and if you’re not scared by this then I’m not sure anything can scare you!): “Some runners train for speed, others for distance, but it’s quite clear what Katie van de Linde has been aiming for. She started quite steadily with being the 35th parkrunner to run 35 times at Tring, She quickly built on this with an impressive 38th parkrunner to run 38 times at Tring but this was a mere stepping stone, as today she clearly achieved her lifelong ambition being the only person who will ever be able to say that they were the 40th person to run 40 times at Tring.” 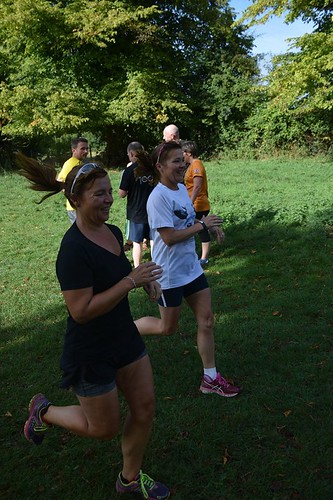 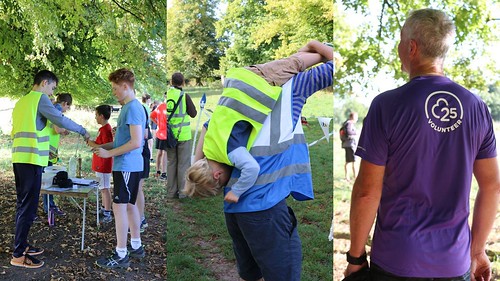 See: volunteering is easy, as demonstrated by Matt and Helen on barcode scanning duties. And we promise not to throw you upside down over the Run Director's shoulder. If you keep coming back, you even get a fantastic purple volunteer shirt, as modeled by Richard Murphy.

Next week. Tring parkrun 102. The run report may well be less doom-laden. Hopefully we’ll have another  200+ attendance. It will be great to see you all again then: Saturday; 9am; Tring Park.

*Actually, not being a dog lover, a room filled with 101 Dalmatians would actually do the trick for me. But I know that puts me in a minority!