So I turn to write the Run Report for Tring parkrun 102 on what has been a gloriously hot Autumn day. As I walked along the canal to Berkhamsted train station this morning there was a gentle mist steaming off the water, warm blue skies above and plump, rosy blackberries full of sweet, ripe juice along the towpath. It’s a day when there’s no point writing something original because Keats has already beaten us all to the perfect description:

And yet. And yet…

Parkrun Saturday was so much better despite being so much wetter and so totally the opposite of Keats’ Autumn.

I read a book a couple of years ago called Running with the Pack. It’s a great book that I really enjoyed reading. But the message was actually that you don’t need to run with the pack (though if you want to, then that’s fine), but that running is a chance to listen to yourself and think things through; that running is both a chance to be an introvert and extrovert – often at the same time. 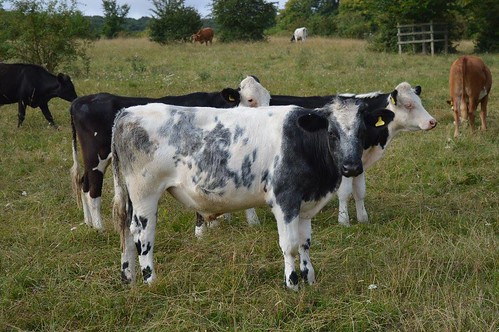 Well, firstly, because our friendly cows decided to stray on to the course around the 3km marker. Our brilliant cow marshals, David Severs and Chris Booth, did their best to steer people around the bovine amigos. But thanks to all the runners who kept their wits about them, followed the marshals’ instructions and definitely didn’t end up having to run with the herd. It just goes to show how important our volunteers are: whether handing out finishing tokens, marking out the course first thing in the morning; or following our cows to direct runners around them. We couldn’t make it happen without them so please do consider volunteering. You can check the roster here and volunteer by emailing tringhelpers@parkrun.com

But why else was it a day for not running with the herd?

In the last few weeks we’ve seen some incredible attendances: 312 which is our highest ever attendance two weeks ago; and last week 232, our third largest attendance. But this week just 127 parkrunners made it to the park, and only 10% of our runners were new to Tring parkrun. All of you were elite athletes because you made it out of the house and into the park first thing on a grey and very wet Saturday morning. That required dedication. Thank you for coming. 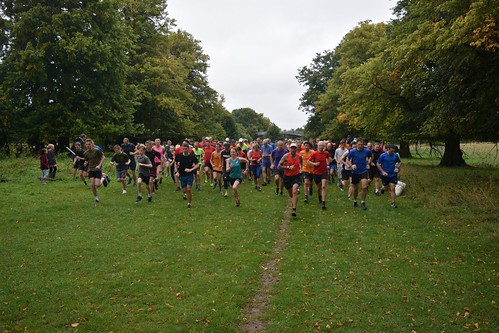 In life more generally you find those people who don’t run with the herd. I love them. Brilliant people who are determined, dogged, creative and do things differently; people who have the capacity to turn the world upside down; people who make you think. We had many with us this week.

We had the dogged Tracey Cotton, Gavin Wilde and Keith Stonestreet all running their 50th parkrun – carving out a year of Saturdays (and the rest) for parkrun.

We had Duncan “Champagne” Melsom celebrating his 100th run, and being the only runner to do their 50th and 100th run at Tring.

And we had two true heroes: Paul and Joanne Sinton Hewitt. Both completing their 300th run… and also the founders of parkrun. Back in October 2004 Paul, while injured, decided to set up a free, weekly time trial run in Bushy Park. Thirteen runners turned up to that first run. Twelve years on, without a single missed Saturday, this weekend there will be 417 parkruns in the UK, another 123 junior parkruns on Sunday, and across the world parkrun is in another 14 countries. All with the same mission: a free 5km run every Saturday morning; same time, same place each week; and a parkrun for every community that wants one. Paul and Joanne, with their unbelievable determination and consistency, have made that happen. They didn’t run with the herd when people said it couldn’t be done. 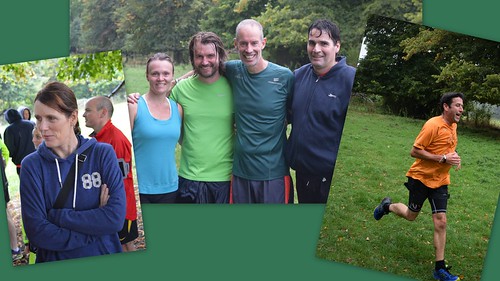 Who else didn’t run with the herd this week. Well firstly, our tail runners, Jose and Dennis who set a personal best for tailrunner – our fastest tailrun in 102 Tring parkruns – of 38:06. Our tail runners are fantastic people. Whatever pace you go at, they’ll run, jog or walk with you to help you round (and pick up the course markers at the same time) – you’ll never come last at Tring parkrun – they’ll always be someone behind you, cheering you on.

“Who else?” you shout! Well I wish I could be like David Watts who took a whooping 8:58 off his personal best. There were also impressive runs by Kath Pither and Bethan Watts who set their second PB in successive weeks and Phil Marriott who took 1:48 off his PB.

And we welcomed a veteran parkrun tourist, Martin Dibbs, who has now run at 46 different parkruns. He never wants to run with the same herd.

Meanwhile Claire Hallissey didn’t run with the herd – she ran ahead of them, finishing as our first female finisher for the 22nd time. She overtakes James Davis for the record number of first finishes who has been our fastest male 21 times. And there were some great runs from other female runners too: Ellie Bates ran the third fastest ever SW25-29 time and Annemarie de Boom, the fifth fastest ever VW45-49 time. 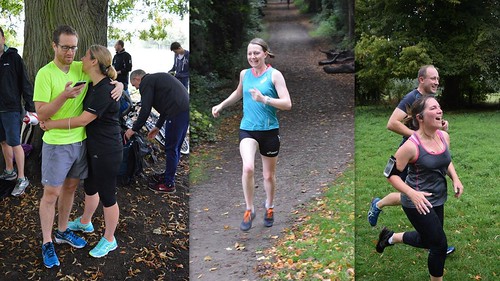 A good day for female runners… but less good for the juniors. Last week we had 49 under 18s; this week just 16. I guess that lots of school activities and weekend clubs started up again after the holidays. But as Delia Smith once said: “Where are you? Let’s be having you.”

As this run reports comes to an end, in my mind’s eye, I can see you reading it on your iPad on this warm Autumn evening, lapping up the last rays of sun of this long and extended Summer that we’ve had, thinking “all very interesting, but where are the unique Tring stats from the patented Andy Evans Super Computer?” Don’t worry. They’re here. I’ve been saving the best ‘til last. Tring parkrun #102 was:
• The first time we have seen two Joannes
• The first time we have seen the names Babajide, Shivonne
• The 200th appearance by the Bladen surname (Louise beat Steve and Issy to this honour!)
• The first time since week 4 that we have seen at least 1 “250” shirt for three parkruns in a row
• Trevor Lark finished 30th on his 30th parkrun (he managed a similar feat on his 23rd) and Phil Roger finished 71st on his 71st parkrun.

(And don’t forget to volunteer if you can – check the roster at www.parkrun.org.uk/tring/roster and email tringhelpers@parkrun.com to let us know how you’re able to help out.)

See you again on Saturday at 9am in Tring Park.