It was a cloudy, rainy miserable bank holiday weekend…..Hang on, no, this was no ordinary August bank holiday. The sun was shining. It was even warm. And yes, it was August bank holiday weekend. As a result we welcomed 30 runners to Tring for the first time and 13 running their first ever parkrun. We hope you all enjoyed Tring Park and hope to see you again soon. For our regular runners, 33 of you recorded PB’s. That was 25% of runners who have run at Tring before.

An especially big thank you to Dennis, who was volunteering for the 25th time. An awesome achievement and one we are very grateful to him for. 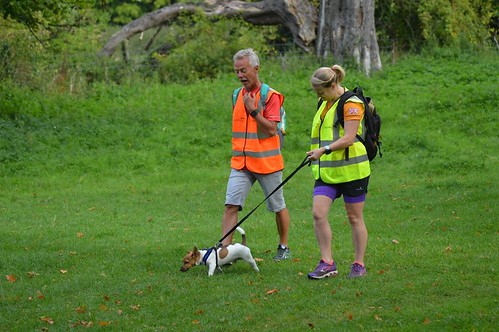 The run began in an interesting fashion… at 9.10 the cows decided to congregate around the ‘run around me’ corner. We quickly began to think about how we might amend the course with 168 runners already on it. However this was not required thanks to our expert Cow Marshalls Matty Sinfield, Heather Painter & Moira Douglas who diverted them to pastures new and saved the day! 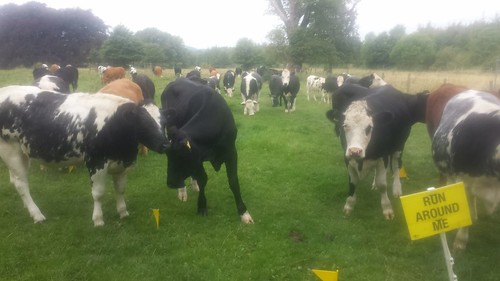 But back to the run. It was a successful 110th parkrun for Lachlan Oakes, Claire Hallissey who finished as fasted male and female respectively. Claire’s 20:22 was our fastest first female finisher time since April and the 10th time she has achieved the highest age grade percentage of our runners. Congratulations also to Len van de Linde and Catherine Robinson who both ran their 50th parkruns. Also to Trish Oakes who recorded our 2nd fastest ever VW65-69.

Now to the Tring parkrun run super computer to uncover some of the weird and wonderful occurrences for the week.

• This week we had 62 female runners – our lowest since March

• It is now 3 PBs in 3 weeks for Chris Nicholls and 2 in 2 for Eddie Sartin, Robert Williams, Mark Smith, Rebecca Dover, Sarah Oughtred and Lauren Dover

• Some seconds had as many as 7 runners this week but second “:28” saw no finishers

• It was the 1st time ever we have seen the names Jess, Jez, Joey, Ant, Talia, Trish and Lachlan. Welcome to each of you.

• Of the runners who've run 5+ times at Tring, it was a good day for the Clarks with best improvements seen from Eloise Clark(2:24) and also Andrew Clark (1:20)

• 25% of runners who have run before recorded PBs - the highest this has been for 6 weeks. With the females beating the men 27% to 24%

That’s all for now. Hope to see lots of you again on Saturday.