The New Year's parkrun with the possibility of a double with neighbouring runs, is always a great event and this one certainly didn’t disappoint. With the opportunity of a double, plus new resolutions, it always has the potential for a bumper crowd and so it turned out to be with 353 joining us for a run in Tring Park, our 2nd highest number ever. 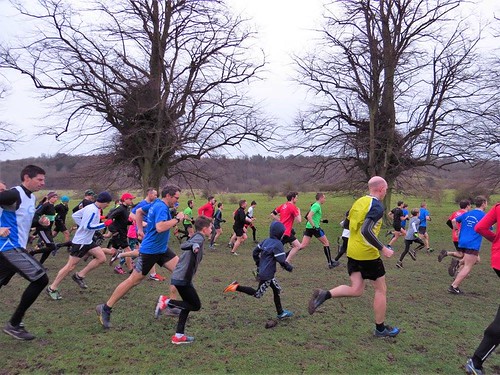 With so many runners I was hoping to start with a year related time but Peter Mackerall was 2 years too late with his time of 20:16 and Mark Herbert a year too early with his 20:19 however instead we will start with our congratulations to various milestone runners including juniors, Aidan Roberts and Emily Scott running their 10th parkruns and Louise Brookes, Richard Alcock and Lisa Sammons running their 100th parkruns (with all 3 having run their 99ths at either Aylesbury or Gadebridge just 90 minutes earlier). And keeping it in the family, well done to Louise's brother and Tring/Aylesbury regular Howard Lambert who ran his 50th at Aylesbury on the same day - so well done to all of you!

The Christmas period has certainly wittled down the Tring Year 4 100% club, “the club you can leave but never rejoin”. We are down to just 4 runners who have run all the runs since our birthday at the beginning of November, so Lorraine Hurford, Ron Yaxley, Kevin Lynch and James Foskett will be keeping an eye on each other’s appearances over the next few weeks who can be the final member of the club 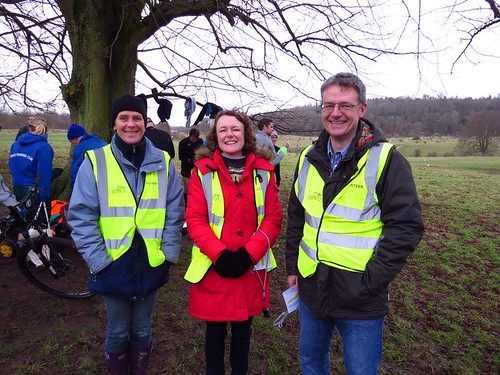 As ever - thanks to the volunteers

In other stats news

-          It was also the first time ever we have seen the names Jean-Paul, Danik, Carina, Elisabeth, Larraine, Stella, Annalisa, Corinne, Debi, Emile, Shona and Uday

-          And finally, on our stats round-up - The table for the longest gap between 2 Tring parkruns has been completely rewritten this week with 7 new entrants in our top 10 including Sara Darling (171 Tring parkrun gap), Tony Barrows (170), Vaughan Ramsey, Paul Grimsdale, Mark Herbert, David Jessop and Alison Jessopp (all 163) 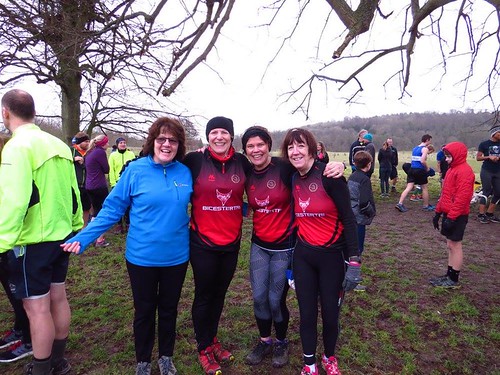 The 1st appearance of the Bicester TriClub

It’s always great when we have someone sharing run report duties by sending in some words – it could be about your 1st run, a guest visit, a PB or just you fancy giving us a hand with that week’s report. Even just a sentence or two can be a great help – so thanks to these words from Kevin Lynch:

I'm Kevin Lynch and I've been parkrunning since September. I wanted to share my excitement with you and the community because today I achieved a PB of 44:05 on my 18th run.

I had decided to do two parkruns today, because if you are going to do it why wouldn't you do double parkrun if you can. I'll be honest I was conflicted because there is something magical about parkrun in Tring Park - until today it's been the only parkrun I've run. I turned up at Gadebridge this morning at 08:45 for the briefing and caught a few sniggers in the briefing, when they asked for tourists, and I proudly shouted out "Tring."

Unlike Tring which is a single lap the two laps at Gadebridge meant that after running for about 16 minutes I was being lapped by the front runners at 2km.

I realised that because the course was relatively flat I had a possibility of a good time so I asked the tailwalker Andy Mitchell who had caught up with me on the last 1k to pace me in. He gave his bag of run markers and signs to a marshal and helped me run in. It was fantastic coming in the last 100m going full tilt and I had nothing left as I crossed the line. A good time for me of 44:44, 2 seconds slower than my PB. In Chinese culture the number 4 is considered unlucky and has the same sound as death so I'm thinking it's a good thing I'm not superstitious or I'd have asked for a slower time. On looking at the results later I was not surprised that almost 95% of the runners had completed in under 37 minutes.

My wife, and chauffeur for the morning, sped me along the A41 to Tring and I was on the line for the 10:30 start. The run director warned it's going to be slow as it's very muddy as you cross the treeline. I thought YES, because I ran a good time on Saturday in the mud. It slows the main pack down so much that I was able to pass some of the slower people and it's a rare pleasure for me to run in a group of people - normally I'm 2 minutes behind everyone else.

There were a couple of women who were going at a good pace along the top, and when they faded, I caught up with a really good runner who was not going too well because he had a knee injury. He left me with 1500m to go. My neighbour, parkrun liftshare buddy and running guru Jo Edwards had finished in 32 minutes. She encouraged me to keep going and with her advice on technique I was up heartbreak hill and pushing myself all the way and crossed the finish line. Again I thought I'd done well at Tring but I was sure I could not have beaten the earlier Gadebridge 44:44.  I'm delighted that the time I did today at Tring was 44:05 a 37 second improvement on my previous PB

One thing I've learned about running from talking to runners, non-runners, and former runners. There are always a million reasons NOT to run. Me, I've got low Haemoglobin, low vitamin D. Friends say they have worn out their knees, their hips and can't run. What I've learned is that you just have to run, if you are not well, just do it. You don't need to log an amazing time, you just need to run and keep running and one day when the stars align you hit a new PB. 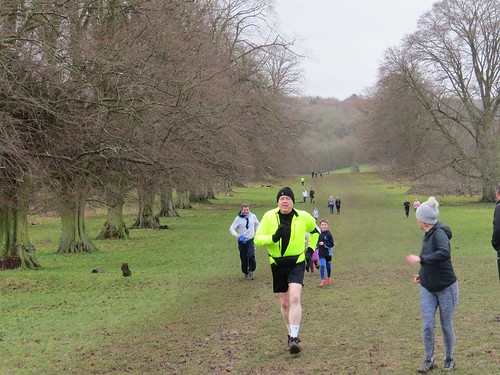 And here is the moment Kevin records his PB

Thanks for that great write-up Kevin and yes the 36 no barcodes was a record in itself!

We’ve recently had 2 great magazine writeups – if you missed them, you can follow the 2 links here...

So now it’s time to look at the DOUBLE stats

As well as seeing a big increase in those just doing Tring and those forgetting their barcodes, the Aylesbury double almost reached 100 and the Gadebridge double saw a big increase and we also had our 1st doubles with Linford Wood and Cassiobury 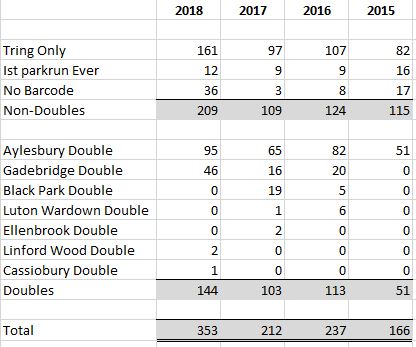 The Gadebridge double jumped to 46 runners with Mark Herbert and Deirdre Heydecker having the lowest male and female combined times. 4 runners ran faster at Tring but generally for these 46 it was an average of 29:33 at Gadebridge followed by a second 5k at Tring in an average of 32:23 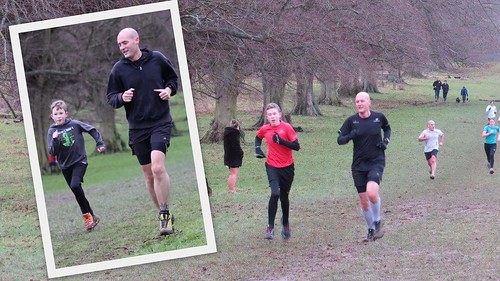 Like any family, our parkrun family have a family photo album and it's great to see how our juniors are growing! Phil and Noah are the only people to have run at all 3 Gadebridge-Tring doubles. Spotted the inset picture from the report 2 years ago. Longer legs have helped improve the combined time from 65 mins to 53 mins - well done both 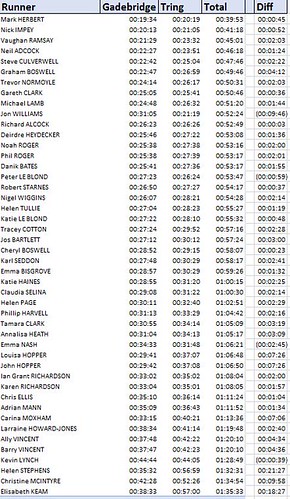 The Aylesbury double saw 95 runners running both events, with some runners also running between the 2 events. Average times of 26:41 at Aylesbury were followed by averages of 30:53 at Tring 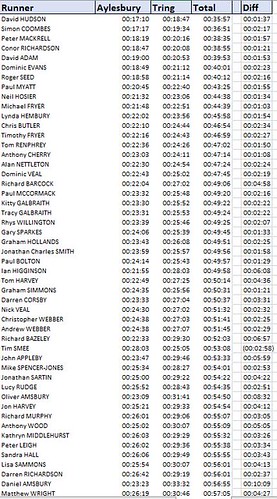 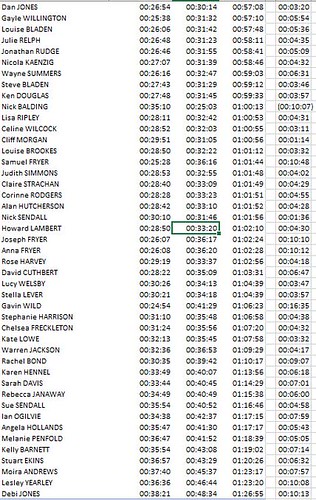 If you’ve made it all the way through this week’s report – well done!
See you on Saturday
Andy