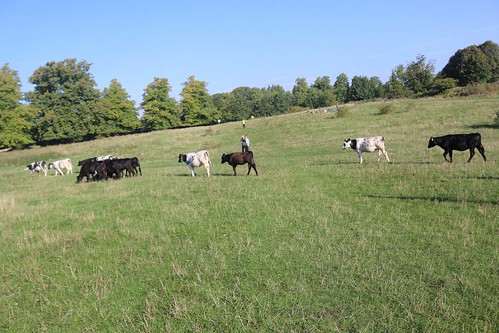 Thanks to the cows for politely waiting for us to start

C is for Christian names that we hadn’t seen before – so welcome to Soraya, Nicolette and Carlton

D is for Dylan Barlow – who has recorded 5 PBs in his last 5 appearances at Tring. Also recording their 3rd PB from 3 appearances were Claire Butcher, Steve Turner, Sean Hampson and Julia Norman

E is for Excellent D of E volunteers – We are very lucky as at the moment we have a group of 6 doing their bronze and silver level volunteering. After watching you all set off on your 5k I was having a catch-up with Tom Sawyer who the previous week had won the Ridgeway 85 mile Ultra. It was just as well that D of E regulars Charlotte and Grace were concentrating as they spotted I had forgotten to set up the finish funnel!! Luckily we managed to get it set up about 30 secs before our 1st finisher 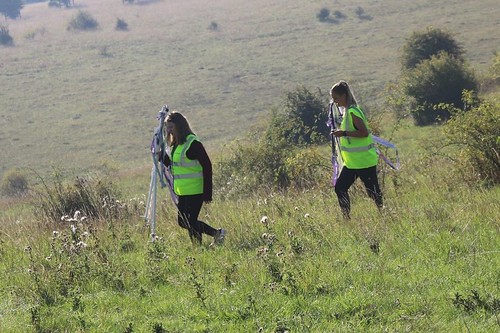 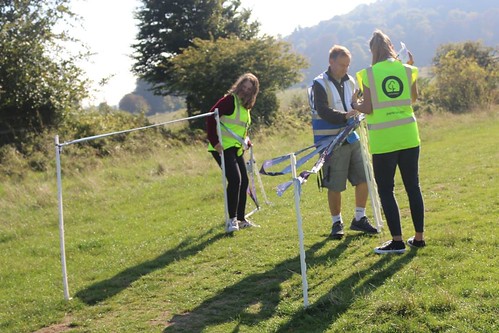 Luckily no one will ever know that I had forgotten!

G is for Great Turnout – Our longest sequence of 200+ runner parkruns, with our 18th this week and with Gadebridge and Milton Keynes cancelled net week, we should soon move onto 19 in a row

H is for Huntington Woods, Michigan (a suburb of Detroit) – whose population in the 2010 census was 6,238 – by complete chance, can you guess the number of different people who have run at Tring? If you have run at Tring this stat wouldn’t have been possible without you! 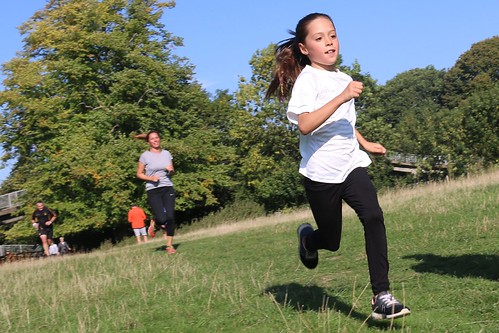 It's a great feeling when you get a PB! Over 3mins improvement for Millie just ahead of proud mum 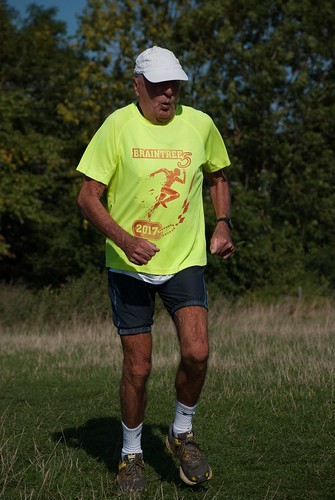 J is also for Julia Norman - who recorded her 3rd PB in 3 weeks. 2 PBs in 2 weeks for Caroline Legg, Steve Turner and Graham & Dylan Barlow

K is for Kelly Dickson – The only person to get all numbers the same on her time with her 33:33

L is also for Longest streak – Dennis Raffety holds the longest unbroken attendance with an impressive 54 parkrun streak. Up till last week he was building another long streak with 23 in a row but unfortunately, he had to retire injured this week so our new longest current streakers are James Whitaker (15), Alice Fisher (8), Chris Simmons, Vicky Williams and Helen Page (all 6)

M is for Minute 28 – This week’s busiest minute

O is for Obelisk – Half way round our course you pass the obelisk. Did you know that the 15m high tapering obelisk is made of red brick and limestone ashlar which rests on a square pedestal and towers up to a pierced ball finial. Legend has it that it was built to commemorate the visits to the mansion of Charles II and his mistress Nell Gwyn.

Q is for Quentin Harding – who back in June became the only person to have ever run at Tring with a name beginning with Q!

S is for Steven Hall – one of 6 1st timers this week – welcome to you and to David Smith, Dylan Richards, David Gafford, Holly Smith and Mark Evans 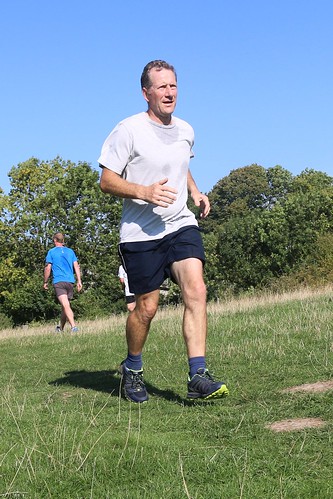 Welcome to Steven - one of 6 running their 1st ever parkrun

U is for Unknown – 8 no-barcode results this week – which conveniently, given the year brought our all-time total to 2018

X is for Yan Xu – who back in August became the only person to have ever run at Tring with a surname beginning with X!

Y is for Yellow hi-viz – We are always grateful if you can help us fill our volunteer roster – take a look at http://www.parkrun.org.uk/tring/futureroster/ and simply write to tringhelpers@parkrun.com

Z is for Zoe Skells – because if she hadn’t run this week you’d have had to hear all about my trip to Poland to visit Zielona Gora parkrun to collect my "Z"! 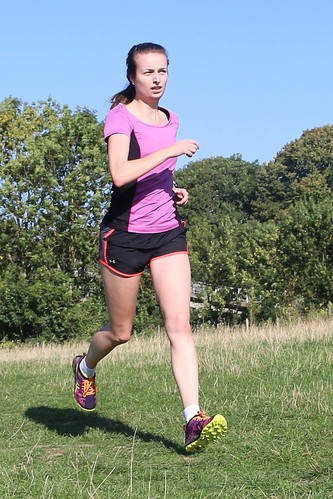 Z is for Zoe

See you all again on Saturday to do it all again!