Later this year we'll celebrate our 5th Tring parkrun anniversary and we're fast approaching our 250th event. It never ceases to amaze me how "normal" and ordinary it is to turn up to Tring Park, whatever the weather or season, to join with so many others - many who have become good friends - and enjoy our weekly 5k run/jog/walk around the beautiful park and woodland. And yet each week is far from ordinary, there are always many heartwarming moments and amazing achievements, not to mention a few laughs over coffee and breakfast back at the Akeman for those that make it there.

This week was no exception.

For a start the weather was glorious, warm and uplifting - you could almost see and hear Tring Park bursting into Springtime life. 273 parkrunners also burst into life (our highest number since mid January). Of these we welcomed Anna Bucknall, Ian Bateman, Irene Mackenzie, Lilian Gunter-Jones, Matthew Thompson and Oscar Conway who were taking on their very first parkrun ever, a great day for it.

We also were delighted to see 35 first time visitors from as far afield as Edinburgh - not to mention Durham and Ipswich (which of course are no where near equidistant from Tring, unless you run in circles for 120 miles before entering the latter!). On the topic of running in circles.....errrr we'll come back to that below!!

It also made us smile to see so many easter bunny ears on display. 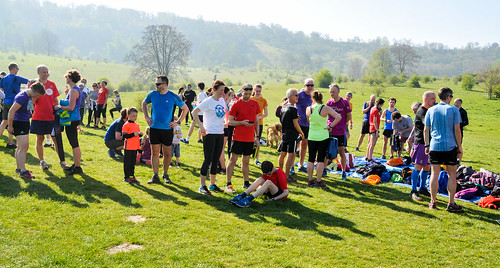 Great to see so many taking the time to chat and enjoy sunny Tring Park after they'd finished and encouraging those yet to cross the line.

A few weeks ago, when we had a couple of windy, wet, cold days only a "hard core" hung around the finish line at the end. So it was really great to see that the sun encouraged so many to stick around and chat with old and new friends at base camp yesterday.

Running their 50th parkruns were Thomas Hanson (earned 94% at Tring) and Sally Goodman (earned 58% at Rushmere and 18% at Gadebridge) and James Whittaker completed his 100th parkrun (94 of which have been at Tring). Congratulations.

Completing a somewhat arbitrary 150 parkruns was Blazej Ziembaczewski. When Blaz ran his 100th he managed to cross the line in position 100. In what cannot in any way whatsoever be called a stunning coincidence he crossed the line this time in position 150! We love it! 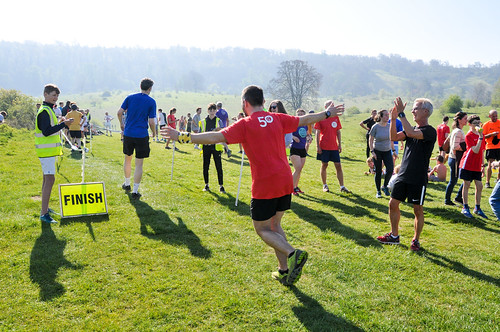 Blaz in a stunning act of non-coincidence crosses the line 150th on his 150th parkrun. Brilliant!

Every single one of the 273 who took part in Tring parkrun completed it faster than those still in bed or sitting on the couch. So well done to everyone.

At the front of the field our first female finishers were: Scarlett Wager-Leigh, Zoe Chappell (who also set a PB) and Nicole Austin (visiting Tring for the first time). For the gentlemen it was Lawrence Burton (with a PB too), Dom Evans and Paul Myatt.

I always look at the age-adjusted placings, since my PB days are long past!. This week our fastest finishers were: Edward Margetts, Paul Myatt and Paul Crudge.

Congratulations to our youngsters too. Darcey Hudghton and Dylan Samuel were our most rapid under 11s; Rachel Murray and Woody Day for the J11-14 age group and Jasmine Margetts and Eddie Sartin in the J15-17 group. Great work by all.

And for our "youngsters-at-heart" it was great to see Adrienne Garner again - she was fastest finisher in our most senior age category this week. Impressive stuff. 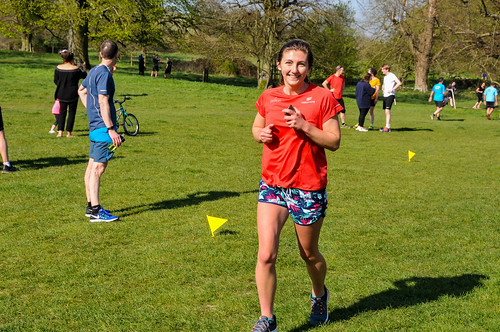 Ella was fastest finisher in her age category

Quite impressively we had 48 Personal Best times recorded this week. A few "shout-outs" are called for: Mike Holdroyd ran his 3rd PB in 3 weeks (and his 11th in 12 runs!!!). Luke Cobby, Angela Peck, Dominic Veal, Dylan Samuel, Malcolm Robins, Owen Samuel and Christine Dennis (and her 8th in 11 appearances at Tring) all made it 2 PBs in 2 straight weeks. In addition Noah Wild claimed his 4th PB in 4 appearances, and both Calum West and Anna Hanson made it 3 in 3 appearances.

Well done to all of our PB-runners.

No Tring parkrun write-up would be complete without a few random stats. Here are 2:

1) After 244 events we still see new names. This week we welcomed the names Kris, Lilian and Séverine for the first time.
2) There were also representatives from two clubs we have not seen before: Waldegrave School Club and BeaRCat Running Club. 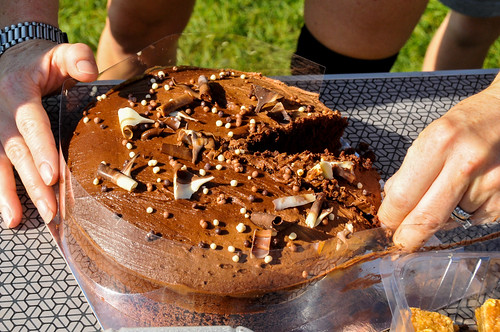 We have a cake, but we have no knife! And so yet another use was found for a parkrun finish token!!!

From set up to pack up it all ran like clockwork, and allowed me to double hat as Photographer too. All of the help was much appreciated. (See below). 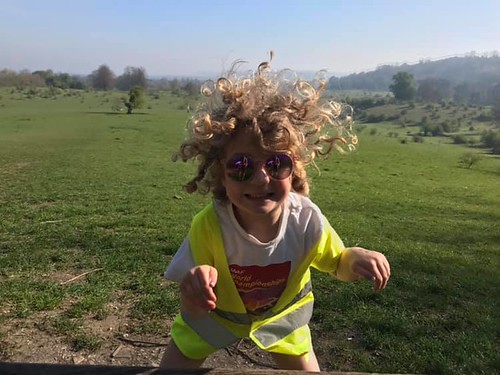 Happiness is being a volunteer and marshal at Tring parkrun. Rosa celebrated with very impressive Easter bunny hops up at "Gate 1", overlooking the park. She always makes us smile.

That's it for another week.
See you next week.

PS
You can find out more about Tring parkrun and see all of our photographs and videos on our Facebook page here.

We now have two excellent parkrun podcasts available each week. "Free Weekly Timed" is the official parkrun podcast with Vassos Alexander and Louise Ayling. We also have "With Me Now" with Danny Norman and Nicola Forwood which is an independent parkrun-based podcast.