Those of you who read last week’s Run Report may remember some fairly smug comments from me about how ‘uneventful’ the parkrun was and how a run without hearing the walkie-talkies going off was pretty much bliss. The phrase “you had it coming” springs to mind when I think about this week’s event where we had no less than three fallers, lost keys and more besides! 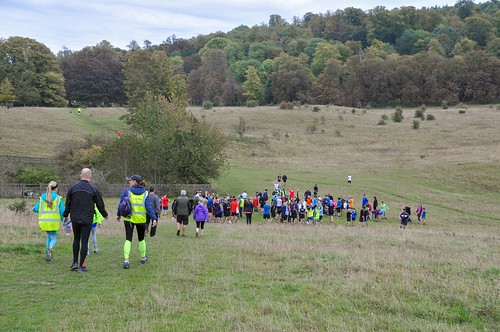 Off to the start

I should have just kept my mouth shut I think! I’m hugely grateful to all those of you who stopped to check if our fallers were ok or let me know that they were out on the course. Special mention to one of our regular runners who conveniently has a day job as a physiotherapist and was able to offer support and even a hop on his bike to get one of our runners back to the start. 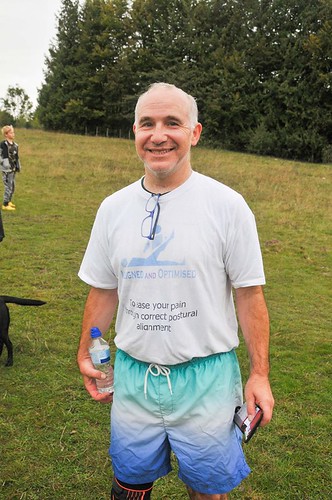 Now is probably a good time to remind everyone to fill in their ‘ICE’ (In Case of Emergency) contact details on their parkrun profile. We hope never to have to use them but by making sure your details are up to date it means they are there ‘just in case’. You can access your parkrun profile via the link in your results e-mail or the newsletter. Alternatively, just use this link: https://www.parkrun.com/signin/

We were a little light on volunteers this week so thank you once again to everyone who stepped in to help out. Those donning the fetching hi-vis jackets this week were: 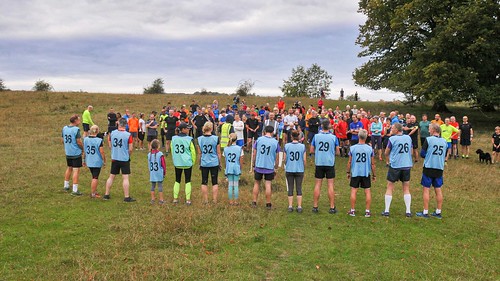 Quite a choice of pacers this week

Thank you everyone, and don’t forget that we’re always on the look out for volunteers so please do drop us an e-mail if you’re able to help out.

Whilst parkrun itself celebrated fifteen years of free, weekly, timed 5k runs, there were 184 of you this week who headed out to Tring park for your own dose of parkrun magic. Tom Hill led the field home with a new PB of 19:53, followed by John Mayock (20:20) and Tom Moreton (20:25). For the ladies it was Jenny Maginley of St Albans Striders who led the way with a time of 22:08, narrowly missing out on a new PB. Emma Smith was second in 23:17 and Harriet Knight third, also with a new PB of 23:35. Well done all!

This week we welcomed just two totally new first-timers, including Jonah Gribbin who was completing his very first parkrun at the age of just four years old. Jonah is the son of former Run Director Jenny and today was run round by dad Toby. I distinctly remember trying to catch Jonah and Toby as they ran round with the buggy, being told by my son to “catch Jonah” - “not going to happen George”, I said! Also joining the parkrun family was Rachel Herron – we hope you enjoyed your very first parkrun! 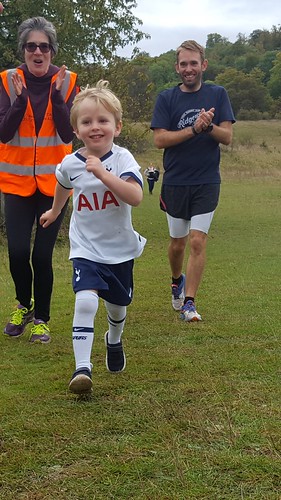 Great to have Jonah join the parkrun family - At just 4, one of the youngest to have completed the Tring course - and still full of smiles

There were thirteen visitors to Tring this week, including uber-tourists Rachel and Sally Savage, Richard Gurd and Alan Lawrenson. We hope you enjoyed the hill and will be back again soon!

Congratulations go to Luciana Walker who celebrated the only official milestone we had this week, running her fiftieth parkrun. I’m also not above celebrating a bit of arbitrary milestone goodness, so congratulations to Holly Bunn who ran her 140th parkrun, Keith Stonestreet who ran his 163rd and Matthew Wright who completed his 425th this weekend. More aesthetically pleasing arbitrary ‘multiple of 50’ congratulations go to Angela Hollands and Catherine Bishop who each ran their 200th parkrun. Well done everyone! 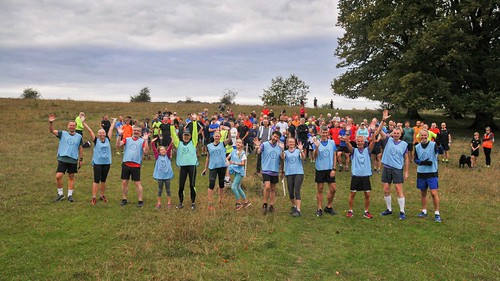 Thanks to our great pacer team, who with some very accurate pacing helped a number of runners to PBs

There were some fantastic PB performances this week, including Jack Ambros who improved by 22s, Tom Hill by 39s and Jack Brittain by 50s. Eleanor Beswick knocked 1:26s off her personal best whilst Gus Evans smashed his PB by 6:15s. Well done all! Congratulations also go to Jason Arbiter and Lewie Gunter-Jones who have now managed three PBs in a row whilst Jack Ambrose and Tom Hill have done the double. 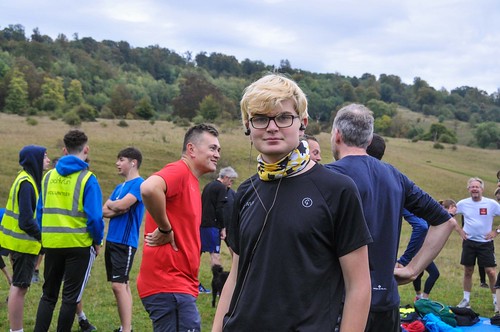 For those of you chasing down something other than a PB, such as your ‘stopwatch bingo’ (collecting a finishing time of every second from 0 to 59), you can take inspiration from Louise Bladen who became the first female to earn the right to shout “bingo!” through times she has collected at Tring alone. The only other person to achieve this using solely Tring times is her husband Steve who did so back in August, a fact somehow went totally unnoticed by the army of statisticians we employ to help write the run report each week. So, belated congratulations to you Steve and timely congratulations to you Louise!

On the subject of ‘Stats you only get at Tring’, here’s your weekly update of name news:
• This week was the first time we have seen the names Justine and Hyuna, but the fiftieth time we’ve seen the surname McGinnity. Who knew eh?

As I’ve already mentioned, this weekend saw parkrun celebrate its 15th birthday and so as a special treat, here are a few ‘15’ themed stats to finish off our report this week...
• 672 runners have run at least 15 parkruns at Tring
• To be in the top 15 of most runs at Tring you would have had to run here 161 times
• Dom Veal has seen barcode 15 the most often, collecting that number 10 times
• In the 5 years that we have existed, 28 runners have run at least 15 Tring parkruns in each of the 5 years
• The names Vinny, Paige, Janice, Kirsten, Javid, Gill, Frances, Alyssa, Carl and Aimee have all been seen at Tring 15 times
• Only Peter Leigh, Amanda Russell and Jonathan Sartin have managed to finish 7 Tring parkruns with times ending in :15 seconds
• Kevin Lawley finished 15th at 15th event
• No one has run Tring in 15:15... yet!
• Fabian Downs holds the 15th fastest ever time of 18:01
• Sam and Andrew Wells are awarded this week’s prize for the most aesthetically pleasing time of the week, both clocking in at 32:15. Technically this is not a stat.

So that ladies and gentlemen, is that. I hope you’ve all had a lovely week and will be back running with us at the weekend. As for me, after 26 stints as Run Director I’m taking a bit of a break from it for a little while, but I hope to be back in the black and white vest soon.

If you would like to keep up to date with all the happenings in parkrunworld, look no further than the two parkrun podcasts available to download each week. “With Me Now”, hosted by Danny Norman and Nicola Forward is an independent parkrun podcast from the hosts of the old parkrun show, whilst “Free Weekly Timed” is an official parkrun podcast hosted by Vassos Alexander and Louise Ayling. Free Weekly Timed has gone a bit quiet recently, but With Me Now is certainly still going strong.