St. Andrew’s day in Tring means only one thing - it’s the day when the local Sassenachs dust off their tartan and celebrate with their Scottish cousins at our annual kilted parkrun. At 7.45am, as we carried numerous bags and kit into the park, it struck me that the weather had been kind to us. The day had dawned cold and crisp, and the hard morning frost had left a white sheen across the glens. A low mist obscured the top of the tree line on King Charles Drive, creating a scene that was indeed reminiscent of the highlands. 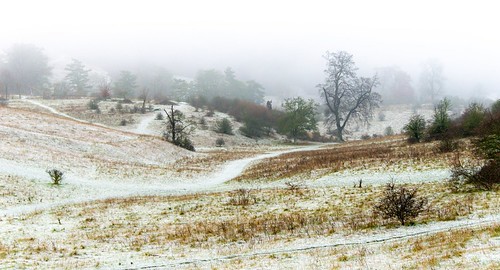 As volunteers busied themselves setting up the course and finish area, Ken Douglas and Chris Millar embarked upon the task of erecting our VIP tent (admittance to which was strictly reserved for those wearing tartan) and unloading from bulging holdalls a veritable feast of Scottish treats. Just under two hours later, we had munched our way through 60 Tunnock’s Tea Cakes, 18 snowballs, several hundred shortbread, drunk a gallon of Irn Bru and (shhh!) three whisky miniatures, a bottle of Drambuie, and several cans of Tennent’s lager. 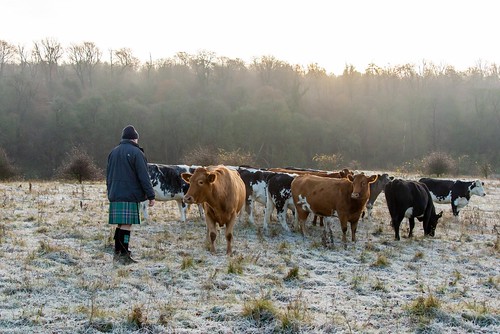 Chris Millar, who along with Ken Douglas organised our kilted parkrun, explains to a group of disgruntled locals our strict "No tartan, no entry" to the VIP tent rule. 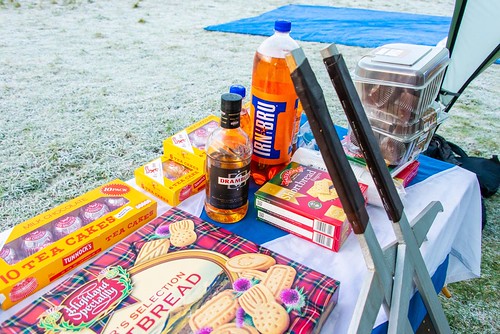 A hearty Scots breakfast was available in our VIP tent.

By 8.25, runners had started to pour off the curly bridge, some having wrapped themselves in the Saltire, others wearing an assortment of kilts, sporrans, tartan sashes, Tam O’Shanters, and other tartan headwear. Laughter filled the air as old friends greeted each other, compared outfits, posed for photos, and consumed the various treats on offer. The scene around the VIP tent reminded me of one of those rare occasions where Scotland would qualify for a football World Cup Finals (anyone else old enough to remember that?), with the tartan army descending upon some poor, unsuspecting city centre. It was clear that this was going to be one of those mornings that makes Tring parkrun so special. 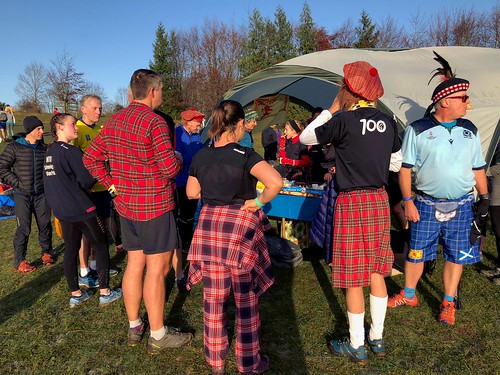 We were joined on the day by June and John Rowlands, who led us to the start line while playing a fantastic selection of Scottish music on the accordion and fiddle, bravely marching on despite a threatened cow stampede. June and John then played us off at the start, and later at our finish funnel serenaded finishers with a mixture of music and song for more than 40 minutes. If you haven’t yet seen the video of June and John on our Tring parkrun Facebook site, then check it out. John and June, you were both amazing, please come back and see us soon! 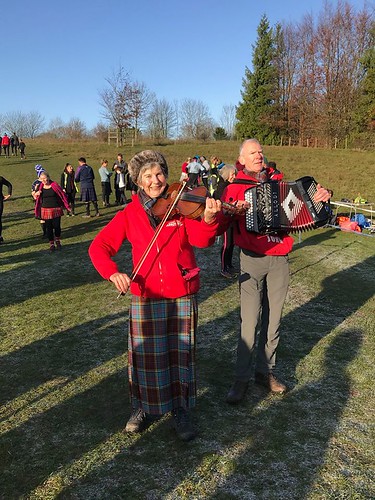 June and John saw us off, and welcomed us back, in style.

Also joining us was Jillian Russell. Jillian had volunteered to hand out tokens at the end of our finish funnel, and was volunteering at a parkrun for the 50th time! To mark the occasion Jillian provided a small gift for our 50th finisher. Thank you Jillian, and well done to Luke Atkins (our 50th finisher). 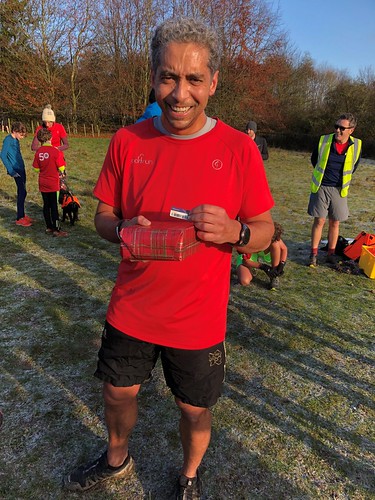 Luke ran a canny 2 minutes 13 seconds over his PB to snaffle the prize!

With so much going on, it’s perhaps easy to forget that we also staged a parkrun. 222 runners ran our course, setting off across the lowlands towards Gate 1, before disappearing into the trees to climb Tring’s very own Munro (well, ok, the short hill up to Gate 2). 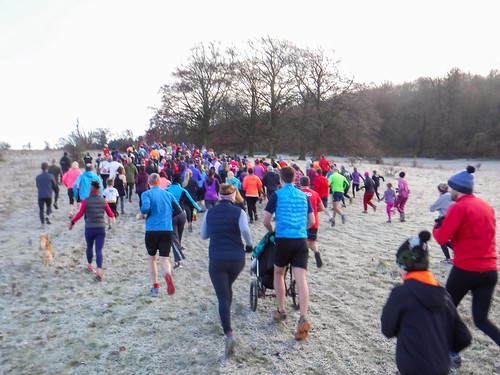 The runners are on their way

Tring parkrun #276 saw 10 shirts earned by Eva Garner and Beth Hall, 50th parkruns for Roland Kemp, Nick Booth and Ben Mitchell and a 200th parkrun for Noah Roger – our first junior male to achieve this feat. We also saw two PBs in two weeks for Marcus Davis, Maddie Short and Kevin Kumar and with her time of 22:06 Carolina Magnell set a new fastest ever time for the VW50-54 age category at Tring. Of those who have run at least five times at Tring, only five improved their PBs so well done to Eva Garner (2:00), Freddie Hart (1:14), Joanna Bryant (0:56), Stewart Harrison (0:48) and Nick Booth (0:35)

On the surname front we saw a 100th Hart appearance and a 50th for Merrett and for Christian names it was a 50th Maria appearance. We also saw first appearances for the names Jak and Aisling and for the Hash House Harriers and also the New Balance Run Club London. And given the theme this week there were seven runners whose surnames began with Mc – rather surprisingly beaten by random weeks 205 and 265 which both managed eight.

After five weeks, our Year Six 100% club only lost four adult members this week and is down to 20 members including five juniors – who will be this year’s sole survivor? We are getting very near our 8,000th runner. We are on 7,998 - so just need two who haven’t visited Tring before – bring a friend along and they could earn this accolade!

Finally, a special mention to this week’s 28 volunteers, and without whom parkrun wouldn’t happen. A particular thanks to our marshals, many off whom set off from the start line well before the run started, and didn’t get back to the finish area until after our last runner had finished. But I couldn’t, of course, end this report without saying a huge thank-you to Ken and Chris, both of whom worked so hard last week to make our kilted parkrun such a fun morning. It really has become a Thing! 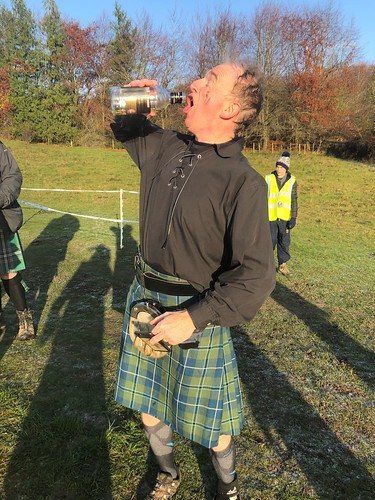 Sláinte! Ken Douglas proving he is indeed a stereotypical Scotsman. 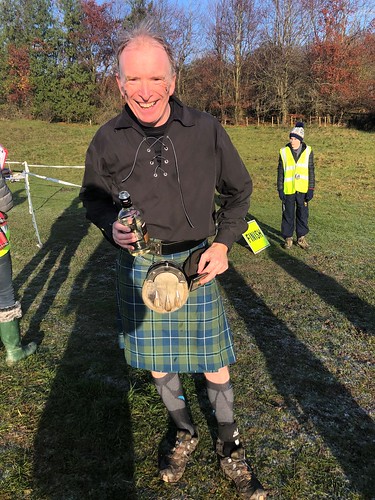