182 years ago and almost exactly 1111 parkruns westwards of Tring something happened to change the world forever. Samuel Morse gave the first public demonstration of telegraph messages sent using dots and dashes at Speedwell Ironworks in Morristown, New Jersey. Soon people could communicate almost instantly over vast distances. Other than sharing the same date in January this has nothing to do with this run report, however there is a valuable prize for whoever can decode the following:

The alarm went off on Saturday morning and could barley be heard above rain pounding hard on the roof. Rain means mud. I cannot recall (in 30 years) seeing Tring Park, or anywhere else local, so muddy. At the curly bridge people leaped, like Canadian lumberjacks, from log to log to cross puddles barring the gate. And there was that wind, biting it was.

Andy Collings was RD and wasted no time in getting everyone going, quite to the surprise of several who turned up at 9am assuming the usual tardiness. LOL

And yet - just look at the photo montage below - Tring parkrun was all smiles and no misery. It's uplifting. 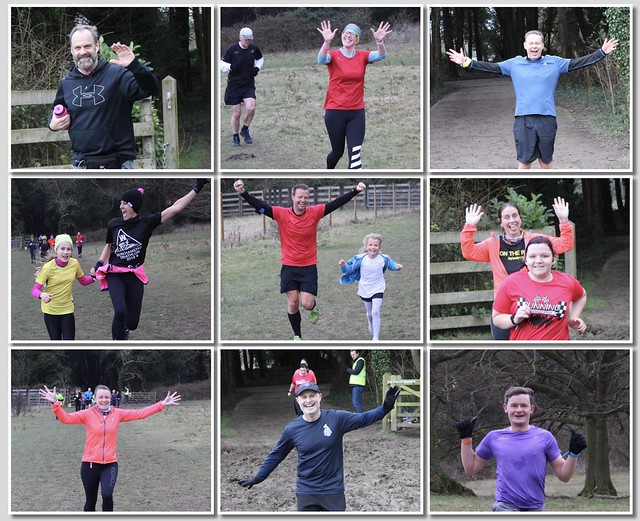 Great photos from Richard Gommo caught so many happy faces. As always it's brilliant to see parents enjoying the morning together with young sons and daughters.

In total an impressive 216 took part of whom only 12 were barcodeless "unknowns". (The spelling checker tells me that barcodeless isn't a word, but it should be). Among these we spanned ages 5 to 74, although not quite all age-groups were represented, more on that later!

Jamie Lea reached the important milestone of 100, only he didn't know it at the time! He's blaming the new year double for throwing his count out! (Although whether he meant a double parkrun or a double of something else was not clear). 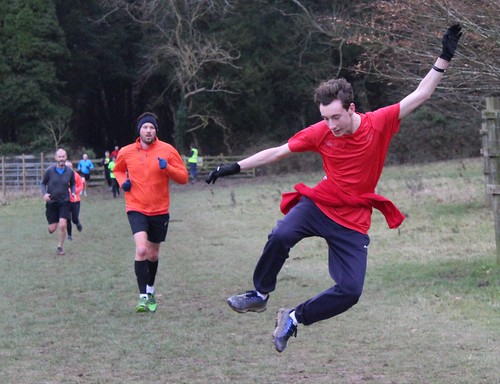 Despite the apparently celebratory leap, Jamie had no idea he'd actually just completed his 100th parkrun.

It's been 5 long, lonely years since I got a PB at Tring and another looks more distant with each passing week. Each and every PB achieved by others reminds me of this miserable fact. Now it might just be possible to change the route we currently use but this would thwart my secret plan to limit the number of PBs others get. Mud slows people down you see. Clearly, however, not by enough!! A stupendous 23 had "PB" next to their names. OK, I admit it, I'm impressed and have to say "well done". Just don't do it again.

Notable among PBers were Maura Patterson who took more than a minute off her previous best set only last month. Reya Farlam did even better with an improvement of almost 4 minutes off of hers (also set last month).

Mark Costin scored a hat-trick with his third in a row and an impressive 6 out of the 10 completing their (important) 2nd parkruns booked PBs too. 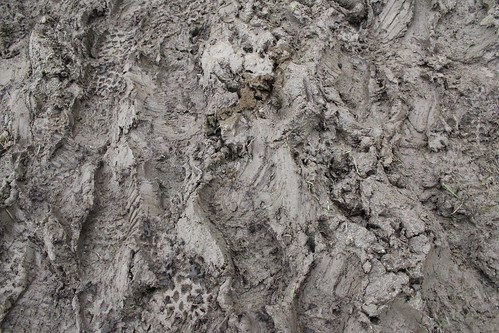 Mud - it should slow people down....but doesn't seem to be working!

And while we're on the topic of not being slowed down.... Zoe Chamerblain's steadily increased pace resulted in her being first female finisher. Maura Patterson was second female finisher and Jude Gibson was third. For the gents an impressive run by Tim Shepherd-Smith (just off his Christmas PB) saw him finish first, Dom Evans second and John Mayock was third finisher - although first overall taking age adjustments into account.

Heroes of the roster

Many thanks to those who have stepped forward to volunteer so far this year. Our duty roster this week was full and much appreciated by RD Andy. A fantastic new years resolution would be to volunteer X times a year (where X is an integer not less than Y/8, where Y is the number of parkruns completed). Have a chat with the Run Director or email tringhelpers@parkrun.com. 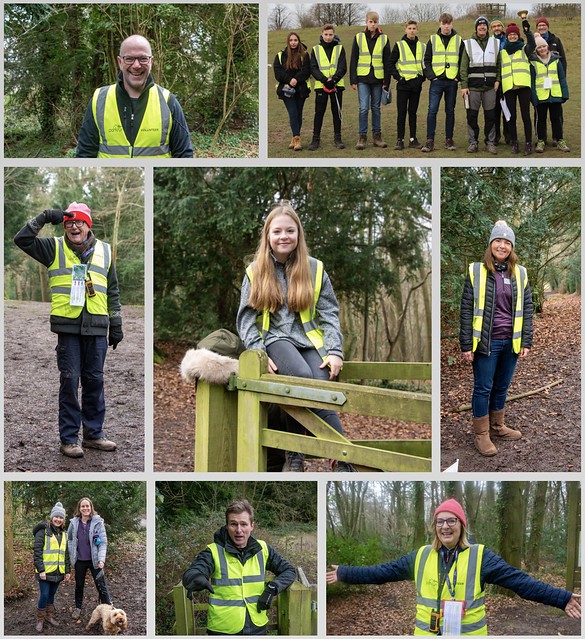 Just a few of the 31 volunteers this week - others helped setup, pack things away, look after the car park, sort tokens and edit photos (and run reports).

Close but no cigar

Three parkruns into the new decade and no one has yet achieved the immortal honour of completing Tring parkrun with a time of 20:20! Dom Evans came close but, alas, was 11 seconds wide of the mark (last week Errol Maginley missed it by 1 second, as did Roger Seed on the 1st). So, I had a look for other aesthetically pleasing times. Nothing! Jeremy Wood would have had an impressive 23:45 had he been 1 second slower and Nicki Rice would have bagged 34:56 if a second faster. So, no prizes this week.

Also missing this week are the fascinating and endlessly engaging outputs from the stat-o-matic. Alas the operator's family has been afflicted by flu. Wish them a speedy recovery.

See you next week?

Mike Holdroyd ran his first parkrun a year ago and, on the 28th December, completed his 50th run. He showed up on Saturday morning wearing his illustrious red T-shirt and pledged to convert that to a black one by 2021. It was interesting hearing about parkrun related new year resolutions over a post-parkrun coffee in the Akeman. Several are planning their summer vacations around overseas parkruns, others are chasing various unofficial parkrun challenges, or have PBs in mind, and for many it's simply to turn up and enjoy the morning no matter what PB counter-measures are in place.

Whatever your new year resolutions - we wish you all the best with them and look forward to seeing you in Tring Park again soon.

If you need a mid-week parkrun fix there are two excellent podcasts available each week. First we have an excellent, an independent parkrun-based podcast "With Me Now" with parkrun Veterans and uber-tourists Danny Norman and Nicola Forwood. We also have Free Weekly Timed",the official parkrun podcast with Vassos Alexander and Helen Williams.