In a break with tradition

In a break with tradition, instead of focusing at what happened this week during the last five years we'll be taking a look at the monumental moments accompanying our 100th and our 200th anniversary parkruns - and hope that we can add our 300th as soon as possible.

May the 2nd 2020 was due to be our 300th tring parkrun. We had huge things planned (we still do, they're just on hold....hopefully not for too long!). Andy Evans chose 300 as this week's virtual, non-parkrun theme and yet again we were blown away by the creativity. 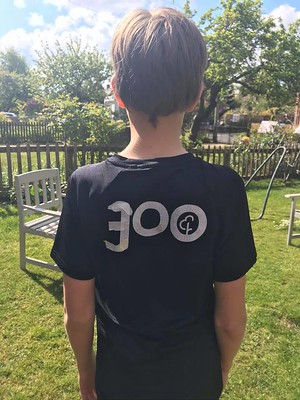 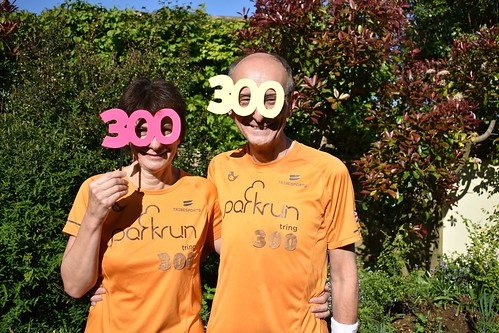 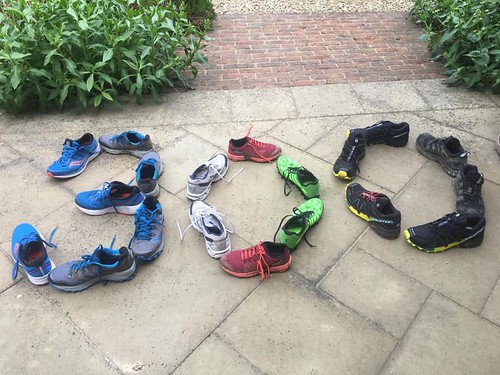 We had all manner of 300's spotted or created. We even had 300 in Roman numerals (sort of). But most importantly people were getting out there, often in their parkrun kit, and bagging their 5k run/jog/walks.

In addition to the pics you see here, kudos to: 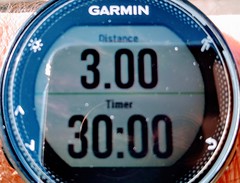 Of all of our many wonderful Tring parkruns the 100th will be one of the most memorable if not the most memorable. To raise funds for a defibrillator Andy Collings, one of our Run Directors and part of the core team, ran the course 20 times completing a total distance of 100km in 15 hours, starting the evening before in Tring Park at 7:30pm. It was a remarkable achievement and an amazingly generous gesture - raising the best part of £2000. 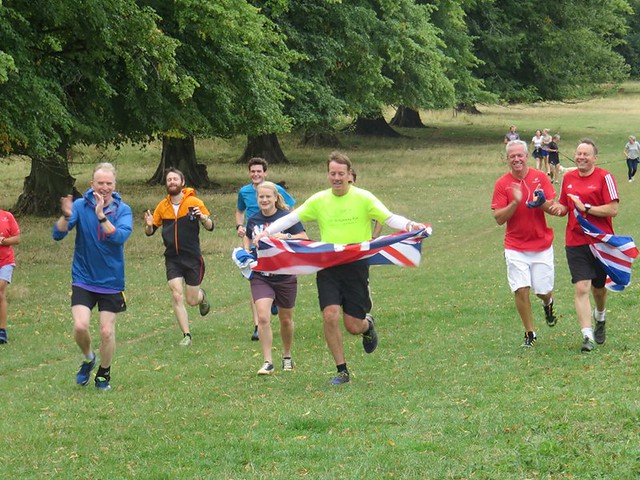 Andy's Strava track of his 20 laps

It's well worth reading the account of Andy's amazing run - all the way through the night - just click on the link above (or here!).

On completion, Andy said: “I have been totally overwhelmed by not only people’s donations but also their kindness in supporting me. I'm not going to mention any names as there really are so many of you. Thank you to those who came to see to see me off, those who kept me company at the start, finish and some in the middle of the morning (some more than once). Thank you for the tea, toast, cola and chocolate bars. And thank you to the very special people who dragged me around the final (I can't remember how many) laps. I wasn't great company and I apologise I couldn't share your humour at the time but had it not been for you I would never of made the start line of parkrun 100”. 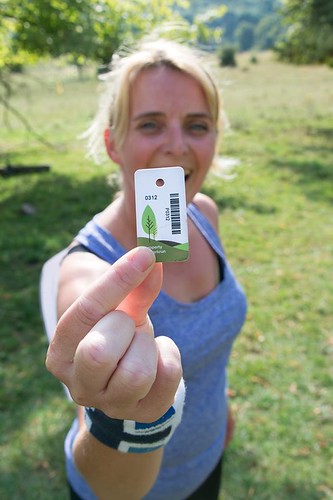 Andy's final lap (and everyone else's "normal" run) was completed in the opposite direction from normal, to mark our 100th event. This added to the huge party and celebratory atmosphere.

It was also a week of many records, starting with our largest ever turnout - an amazing 312 runners completing the course, a massive increase on the previous week's attendance of 114 and 99 more than our previous largest attendance of 213 - which happened on Tring parkrun #1 way back in November in 2014.

Tom Saville set the first ever sub 18 minute lap and broke the course record around Tring and it was the first time we recorded nine sub-20 minute times. We also celebrated six milestones with Ken Douglas, Adam Swann, Lisa Barton and Oscar Evans achieving their 50th parkrun and Isobel Monks and Jake Summerson achieving their 10th parkrun as juniors (special kudos to Jake who also turned 10 that very week).

Our 200th event was also celebrated by running the course in reverse. To add to the festivities Harry Bryant completed his 250th parkrun too - a major milestone in parkrunland and qualifying him for a coveted green 250-club T-shirt. Harry wrote the run report and started with the words "When I arrived at my first parkrun back in September 2012, inspired by the Olympics and complete with cargo shorts and a woefully inadequate pair of trainers, I really had no idea what I was getting myself into." and went on to add "It’s become a bit of a cliché these days to say 'parkrun has changed my life', but I suppose spending two hundred and fifty Saturday mornings jogging around the UK is evidence that that’s certainly the case for me".

Harry, his wife Clare and his whole family, have given so much to Tring parkrun through the years - as a Run Director and also in so many other volunteer roles - and so the day felt especially good. 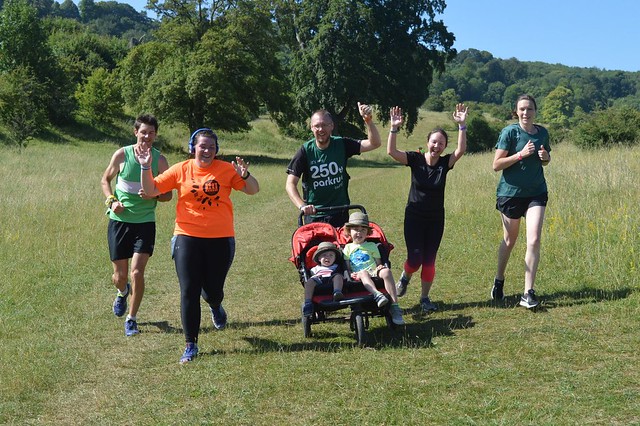 Another parkrun had celebrated its 200th event a few weeks before and created a special sign which they passed on to us (we we subsequently passed on to other runs approaching their own 200th). We had great fun with that sign and there are lot's of great photographs in our event photo album on Facebook. 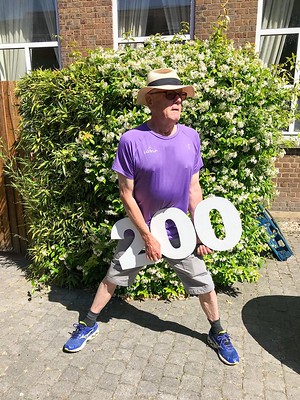 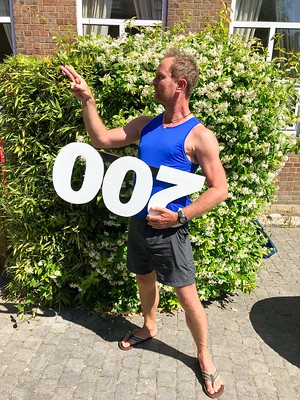 Just some of our 200 sign creativity:
Jim rocking it with the 200 sign / electric-guitar and My name is Colin!!

At the time 5,894 participants have completed 33,741 parkruns covering a total distance of 168,705 km, including 5,907 new Personal Bests. We almost (like in the 100th event) saw a new fastest time too with Jake Smith of Axe Valley Runners, who was visiting us for the first time, just one second adrift with an amazing time of 16:38. As well as Harry's milestone Damien Fortune and Ellie Bates both ran their 50th parkrun and Matt Foskett completed his 100th. Claire Hallisey became the 103rd person to complete 50 parkruns at Tring and James Whittaker became the 69th person to run 69 times at Tring! Andy Evans also spotted that it was the first time a Harry and finished next to a a Potter in the results!! 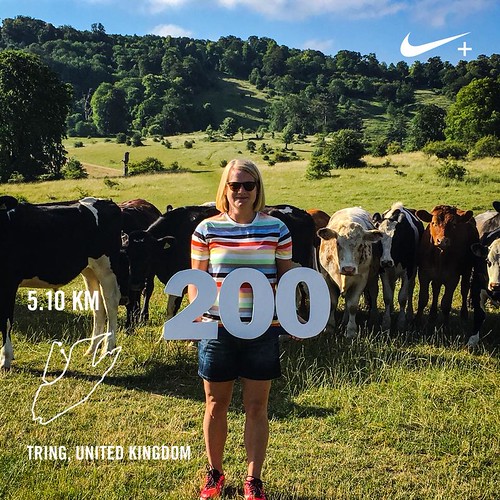 Harry ended his report with: "I usually end my reports with a look at some of the most aesthetically pleasing times of the week and of course this will be no exception. I’ve got to tell you, we’re spoilt for choice; in any other week Simon Conway (22:22) or Ed Wright (23:45) would have cleaned up. Instead, we’re going for a nerdalicious run from Chris Parker who finished our 200th parkrun in 7th position in a time of 20:07. Nice." 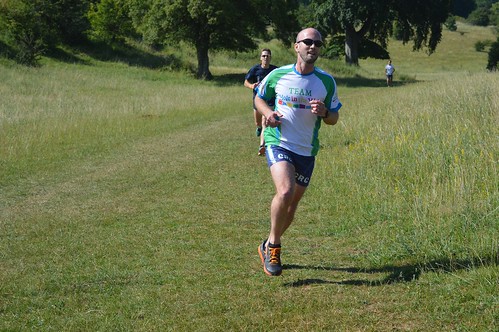 That's it for this week.