This weeks Q&A is with our regular volunteer, Jim Maple. Jim is probably one of our the most recognisable faces at Tring parkrun, and as the selection of photos and links below show, is one of its real characters. In truth, Jim was meant to have featured in an earlier week, but those of you who know Jim will appreciate that it has taken some weeks of toing and froing to get something suitable for a family audience!

In the early days of Tring parkrun Jim was a regular runner, though these days he is more often found marshalling us around the course's various twists and turns, historically at gate 1 on our first course, and more recently at the obelisk. At our fourth birthday awards, Jim was crowned "Volunteer of the Year". 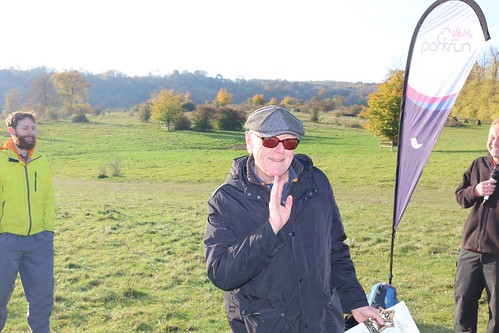 Jim's musical montages were always a welcome relief, coming as they did at the end of a long slog up one of Tring park's numerous hills.

Jim was a DJ with Radio Lab If you'd like to listen to one of Jim's parkrun inspired music playlists as you read - just click here to go to a video we made featuring Jim and his radio show 3 years ago.

While these days we have to make do with just Jim's verbal encouragement, I'm sure we'd all hope that one day we might be able to find a way of getting Jim's music back in the park. 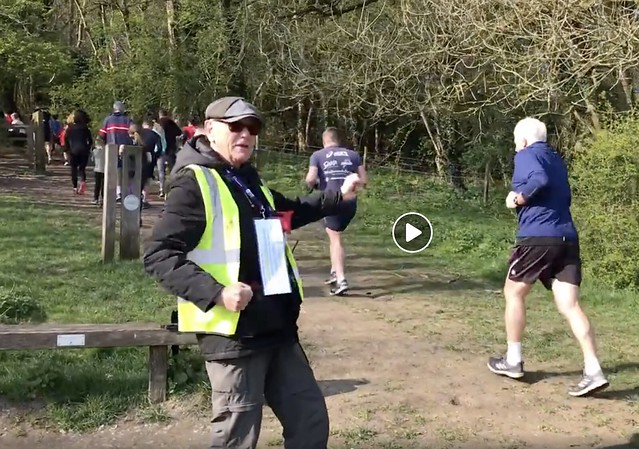 Jim lives in Tring with his wife Di and dog Spike. Jim moved to Tring in 1979 from Mortimer near Reading. So let's hear from Jim...…

Other than parkrun, do you take part in any other organised running events? Not any more. I used to do Tring Running Club events.

Given current restrictions, what are you doing to keep active? Walking in Tring Park and adjacent woodland.

What does Tring parkrun mean to you? A whole section of my friendships. 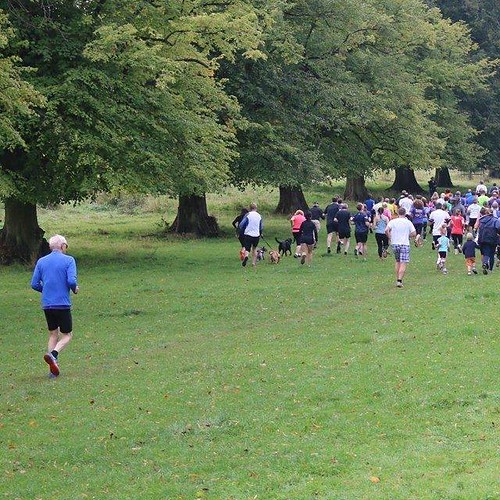 Jim and his friends. Who knew that Jim was such a trend setter - these days social distancing is all the rage.

Why did you start parkrun? Tip off from my son who used to be a pretty nifty runner. Also as a response to type 2 diabetes.

Obviously Tring parkrun is your favourite parkrun, but what is your second favourite and why? South Shields, except when nobody told me there was a "dress like a ballerina" theme. 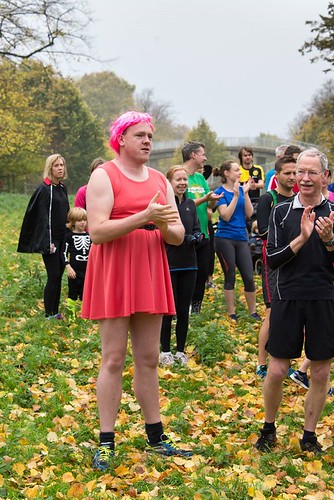 It's not just South Shields Jim - did you forget that one of our Run Directors also attempted a "dress like a ballerina" themed run? Though looking at this picture, I'm not surprised it hasn't really caught on.

Taking any of our courses, what is your favourite bit of the Tring parkrun course and why? Probably that funnel-y shaped thing at the end.

Favourite / funniest parkrun memory? In my running days I did have a brief flirtation with the use of a "Canicross" lead, on the other end of which was my dog Spike. I always realised there would be profit and loss in this arrangement, as in times when he'd pull me and times when I'd pull him. What I hadn't reckoned with was the degree of difficulty in deploying a doggie poo-bag in a stiff breeze. I shall urge Canicross to design a sort of racing poo-bag with quick action. 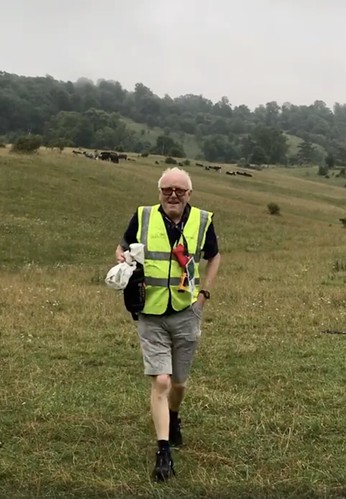 Jim returning from a spot of marshalling, poo-bag in hand.

What parkrun would you like to do in the future and why? Just to get round Tring would be lovely.

What’s your pre parkrun breakfast? The usual... cereal and toast. I find I can marshal on that just nicely. 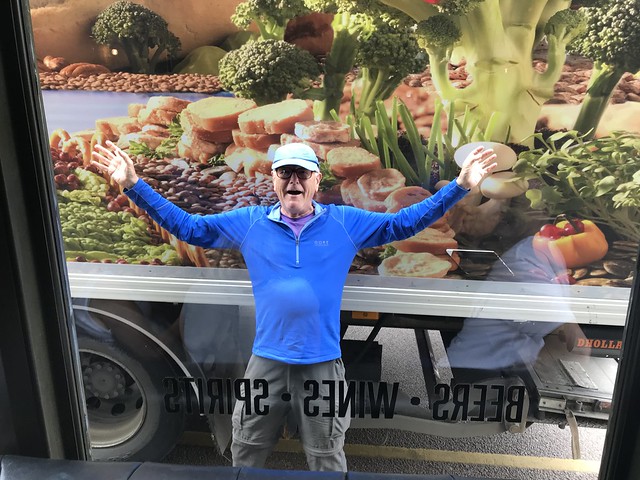 While cereal and toast will make do for breakfast, as a former Chemistry teacher, Jim is seen here outside the Akeman promoting the benefits of genetically modified broccoli.

Although none of us admit it, we all target someone we want to beat. Who’s your target? The Grim Reaper. 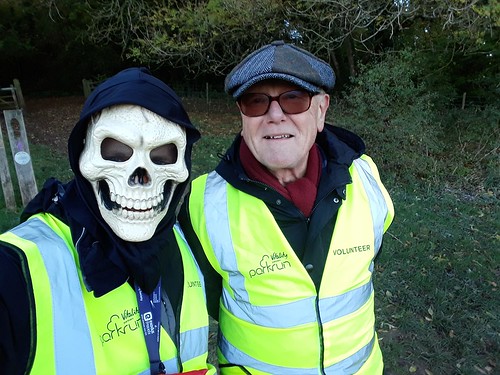 Jim catches up with his Nemesis

Do you think you’ll ever get another PB at Tring? With absolute certainty, no. 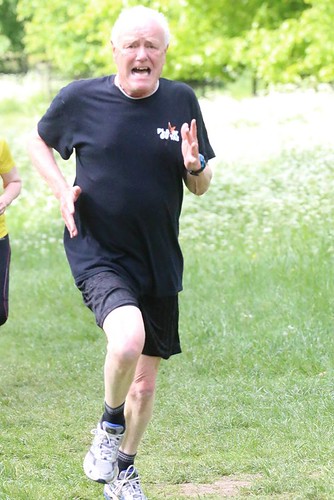 Mmmmmm…...looking at this recent shot Jim, you might be right.