This week's virtual theme had snappy title of "Bob, Graham, the Lake District and for good measure the letters B and G". Plenty options there then - even a glass of water is creative enough to come up with an entry for this one!

Andy Collings is one of our lovely volunteer Run Directors, a proud Cornishman and somewhere in his lineage you'll find the Duracell Bunny. The man can't stop running. Almost exactly four years ago - you may recall - he ran Tring's hilly course 19 times overnight before joining us all for our 100th anniversary parkrun. In doing so he raised money to buy a defibrillator and sound kit. Epic stuff. 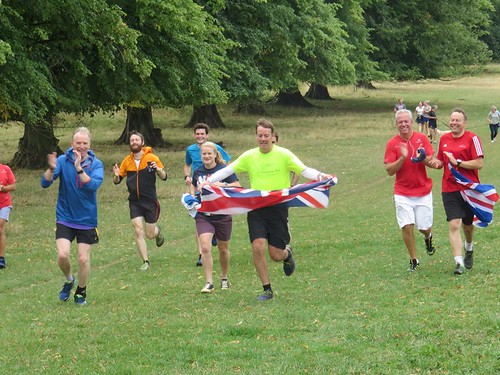 Since then he's had a few other short jogs - like round the entire Cornish coast and even across New Zealand. This weekend he took on the 105km, 8200m ascent, 42 Lake District peaks, "Bob Graham Round" - named after the first person to complete the route in less than 24 hours back in 1932.

It is hard to appreciate just how tough this is - 5 times more people have climbed Everest than completed this challenge!

These are the elevation profiles of Tring parkrun's original course and the Bob Graham round compared to scale. It's worth taking a close look at this !!

Andy had to delay his original planned start by a day because of bad weather - it still wasn't ideal at midnight on Saturday when he left Moot Hall in Keswick. Sadly the weather continued to turn against him. He completed the entire route but cold, windy, wet conditions slowed him and he finished only minutes after the 24 hour target. 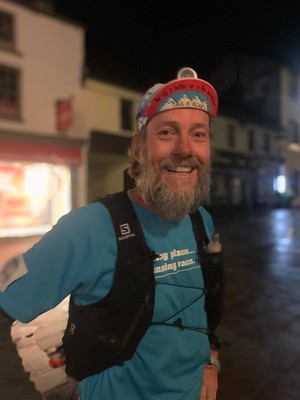 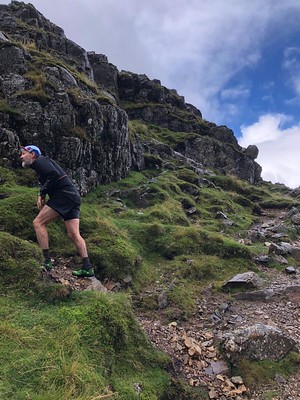 Andy at the start of his awesome run and also tackling part of the course about half way through - one of the few times there was a glimmer of blue sky.

Ever smiling Andy put the experience down to a "recce" and plans to do it again. Respect!!

You can see photos from Andy's awesome achievement on our Facebook page "Andy's 2020 Bob Graham attempt".

We are inspired and will never complain about Tring's hills ever again.

The letters B and G, Bee and Gee, the BeeGees, Saturday Night Fever, Stayin Alive, You Should be Dancing, Jive Talkin'. Since Andy Evans set this theme it's been hard to get those songs out of my mind and it seems several of you were the same. 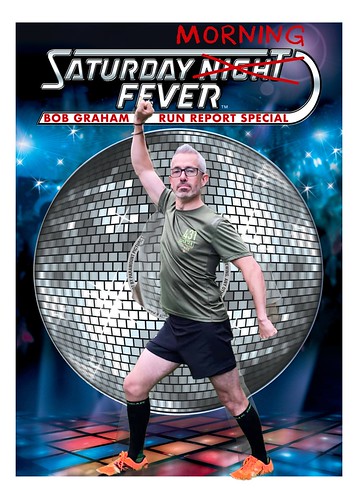 Lee Robinson's pose was so good we just had to superimpose it on the film's poster! 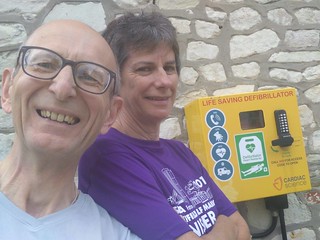 Around Tring we have mini hills and lakes. College Lake was an obvious draw for many including the Monks family, Claire Hallessey and her little running coach. A little closer we have our own "Lakeside" - visited by Keith Henderson - a spot in Tring not many know about, with an interesting history connected to William Kay's Silk Mill and the Rothschilds who had a fishing and picnic lodge at the waters edge.

The Foskett family were happy to see this week's theme, like Andy Collings they were already in the actual Lake District. 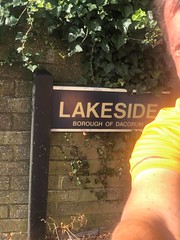 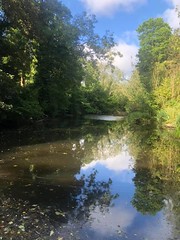 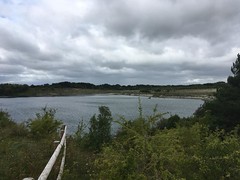 We had several real running connections. The Pages and Bladens have places for an actual, physical, in-person marathon, conveniently starting with the letter B (Beachy Head) in late October. They were already in training this weekend, and we wish them all the best with their preparations and the race itself. 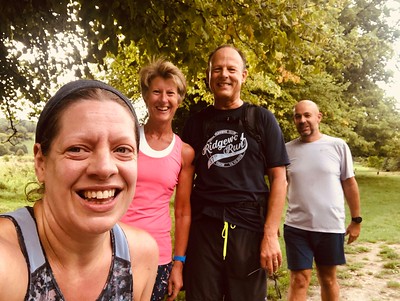 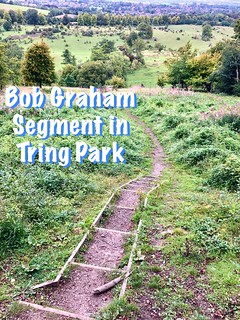 In Tring Park there is also a Strava Segment called "The Bob Graham Training Receptacle". It's the ludicrously steep (25%) path directly up to the Rond Point - the viewing point on King Charles Ride that we run past on our parkrun route. Ken Douglas struggled up it for a PB and is currently head of the age grade league table on Strava - until John Manning and Martin Hopcroft find out....I'm sure they'll have something to say about that.

For the armchair runners, Helen Tullie was settling down to "The Round" - a book about....you've guessed it. 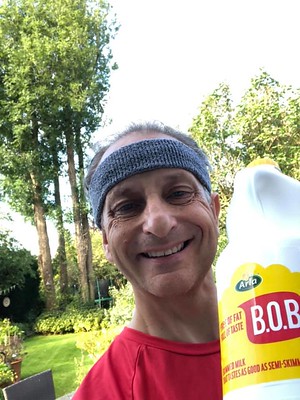 Special kudos to the Van de Lindes for their creative tribute to Andy Collings and to Dave Cary for finding a carton of BOB Milk. Who knew?? By the way no, John Manning, DF isn't close enough to BG!

Thank you for all the other great entries this week.

Next week should have been our Hawaiian Shirt parkrun, our first was a year ago this weekend and was a brilliant, brightly coloured and happy event. Oddly there is no run report - so if you'd like to delve into more details have a look at the great photos from that day, or enjoy an "interesting" ukulele duet. 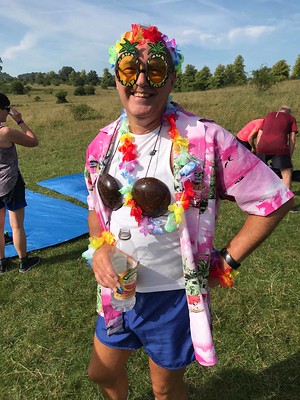 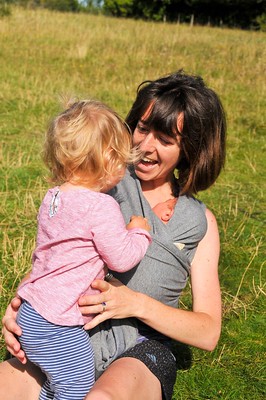 Mike Holdroyd was one of many who made a great effort to enter into the spirit of things.
Also Sally after her epic parkrun with newborn Jack and little Gracie

This is the one where the amazing Sally Nash completed Tring parkrun the Saturday before, gave birth on the Sunday and then did parkrun again the following Saturday (i.e. this weekend a year ago) with new baby Jack in a sling!

Tring parkrun 153 (19/8/17) The Happy Hens
The more astute may notice that we actually (mistakenly) included this last week - it's the one where  Paul McCormack ran his 100th and Ella Highton her 50th.

Tring parkrun 45 (22/8/15) The return of Ermintrude
Andy Collings was RD this weekend 5 years ago - a far cry from tackling the Bob Graham. Richard Lambert was presented with "parkrunner of the month".

Speedy placings were - for the boys went to Harry, Wes and Blaz, and for the girls Louise Brookes, Louisa Hopper and Kay Ison.

Keith Stonestreet also extended his lead with the most times submitted - passing 50 and (not) earning a red (not)parkrun T-shirt!

Great running by everyone.

Let's see how many more can record times this week - follow the link on the results page or from your weekly parkrun email.

And so that's it for a few more days!