The sound of parkrun 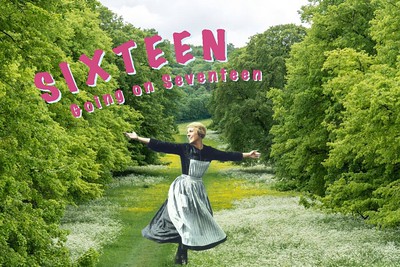 parkrun is one of my favourite things, but you probably know that. Thank you for all the messages last week and all the hope that we'll get through this dismal Covid stuff and we can see each other again before very long.

The link to the Sound of Music comes from the famous song featured in that film. "Sixteen going on Seventeen" (sixteen being this week's theme) featured more than once in this weeks virtual runs.

Had parkrun existed in 1938 Austria the local hills would have been alive with the sound of cow bells and bar code scanners. The Von Trap family would have filled the role occupied by the Bunns and Roberts at Tring. No doubt Elaine would have ran the course dressed as a nun each and every week. And Andy and Steve could have delivered the RD briefings using nothing more than military whistles.

We'll take a look at (not)parkrun (GREAT effort by the way, this week) and also a special feature on our brilliant Duke of Edinburgh volunteers.

Sweet sixteen - that's how old parkrun now is, although it didn't really get going until 12/13 years ago. Since then it's spread to 2,000 locations in 22 countries across five continents. Tring parkrun is coming up to 6 years old, we're going to celebrate that "virtually" too. Look out for more information on Facebook next week. 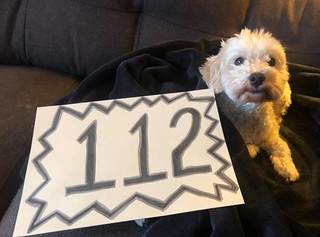 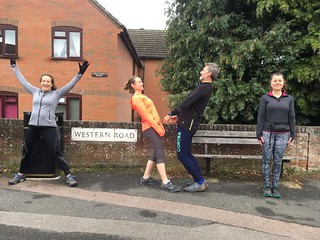 Well done to everyone who turned out to accept the challenge and fun. Top marks for the creative-takes on the number 16 went to Pencil who showed us what that number is in doggy years, and to Dan and his Hareem for 16 in human, Roman numerals. 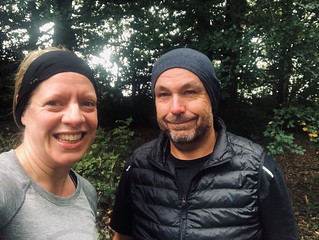 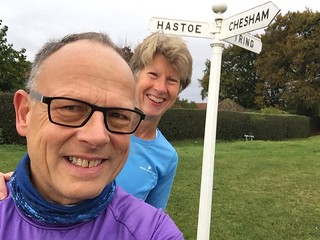 Several regular parkrunners are in training for the Beachy Head Marathon (scheduled for the end of October, as things stand) and so were putting in extra distance.... 16 miles (with an extra 4 for good measure) by the Bladens and 16 for the Pages. That's just short of a total distance of 24 parkruns between them on one morning. Impressed with that! 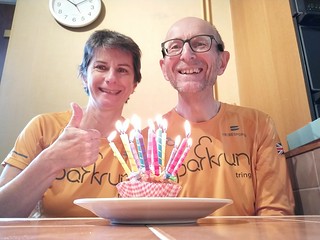 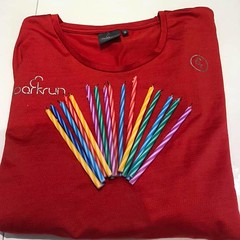 Well done to the Bishops for an impressive cake and display of warmly glowing candles and to Tamsin Leybourne for an excellent, arty arrangement of 16 birthday candles on a parkrun milestone T-shirt. Suddenly I'm feeling very uncreative! 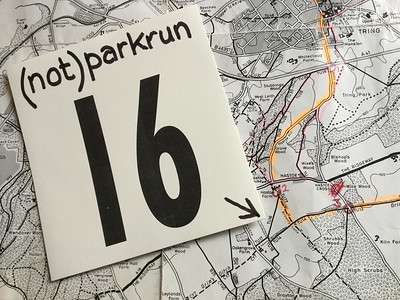 As usual John Manning was on the ball and plotted a running route out over the back of Tring Park and a path called TU16 apparently. It all sounds a tad military like Zone X or something! I do wonder if near Glasgow the equivalent would be CU16?? 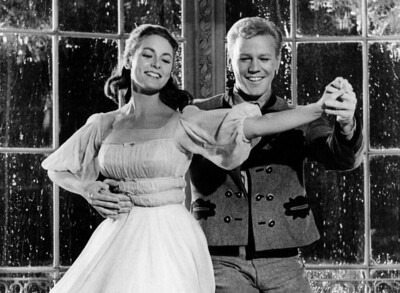 A blast from the past

And finally: We found a photo of a young Philippa and Dan Storr dancing round a gazebo (Dan in his Air Cadet uniform) - a bit like the frolic up the hill to the Summer House but without music now that young Jim has had his little Bluetooth speaker muted!

Many thanks to all the other entries from Billy Idol posters, through car number plates and creative Strava tracks. You are all stars - and definitely among my favourite things.

Just short of 50 young people (filling 809 volunteer slots so far) have used Tring parkrun to qualify for their bronze, silver and gold awards, and in at least one case it has shaped future career choices. 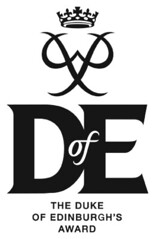 Saturday mornings have always been about sport. From a young age, I have always had on a pair of trainers or boots to participate in football training, play a rugby match, tennis match or head off to cricket somewhere. However, last year, things were a little different, (I should have realised it was a taste of things to come!)

When I was not involved in Saturday school sport, no lie ins allowed. Instead I headed to Tring park to volunteer with the Park Run team for my Bronze Duke of Edinburgh Award.

I had no idea how busy, popular and fun this weekly event was.

What a brilliantly diverse crowd arrives week in week out.

Different ages, shapes, abilities, groups of families, friends & rivals, all turning up whatever the weather to run together 5km through this beautifully scenic Chilterns landscape.

With so many people, this event would not happen without volunteers to man the route. We took it in turns to perform different but all essential tasks.

Encouraging the people over the line was always lively and felt worthwhile.
It was good fun seeing faces that you recognise from around town to old school mates, teachers past, neighbours and members of your own family.

My favourite part was the time keeping post when you would watch the final sprint to the line and go to congratulate the participant.
You would give out the finishers token and then scan the bar code to record a time, which may be a personal best or frustrating close second.

Either way you get a sense of who would be coming back next week and when we are up and running again, post-COVID, I know that I will be joining this Saturday group whenever I can.


HUGE thanks to Oliver and ALL of the other Duke of Edinburgh participants that have helped us so far.

Last week we asked for a few more (not)parkrun results to be posted. Between now and our virtual sixth birthday we'll be tracking all of the entries, with a big push on our birthday week itself. Certificates will be awarded for notable participation.

A special mention for Samuel, Chris, Greg, Gavin and Lesley who all joined the fun this week for the first time.

Two of our first timers (Chris and Samuel) were also top of the age% adjusted times with 71.5% and 69.2% respectively, with Louisa Hopper in a respectable 3rd with 67.7%.

In terms of absolute pace Samuel and Chris' places were reversed - knocking Harry Bryant off the top podium place for the first time in weeks.

Keith is in an unassailable position of the most (not)parkrun times in total - at 90. Under that we had some very pleasant symmetry: Blaz(55), Howard Lambert (44), Lucy Clutton (33), Louisa Hopper(22), and both Ken Douglas and Charlie Watson ran two too many to finish the sequence at (11)! (OK I admit that I ignored Martin Bishop(36) and Andrew Booth(41) for inconveniently spoiling a nice sequence!!)

Graham Hollands and Louisa also got PBs - the only two this week.

Keep it up everyone.