It's that time of the year again and Tring Park is fast changing colour from green to the most amazing shades of red, orange and yellow. It's that time of year to start looking out long sleeved tops and maybe even hats and gloves if you're out early. 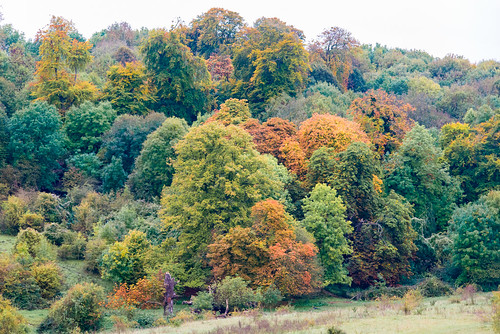 Tring Park is getting ready to hunker down for winter with a blaze of autumnal colour.

Andy challenged everyone to combine their weekly virtual parkrun with the theme of "autumn, trees and leaves" and over 50 joined in and sent us their photos. This fantastic level of weekly involvement really makes me smile (which is perhaps more than can be said for Andy's jokes on the Facebook introduction!!).

Let's kick off with a really tenuous link from Tring parkrun this weekend two years ago (more on that below) with a few of this week's canine parkunners. First off we were introduced to lovely Gio Leff (Geoffrey - who we all loved so much - reincarnated), and we hope that, like Geoffrey, he has the opportunity to volunteer at Gate 2 or anywhere else in the park before long. Pencil was showing off her autumn crop (no pun intended) and the bright colours of the season, and we had guest appearances of Toby (Amanda Russell's dog) and Team Patterson's. 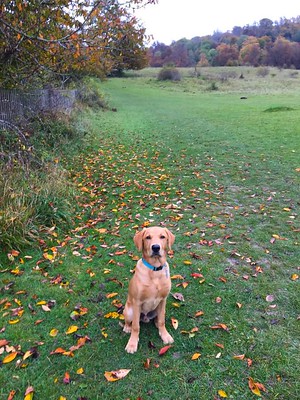 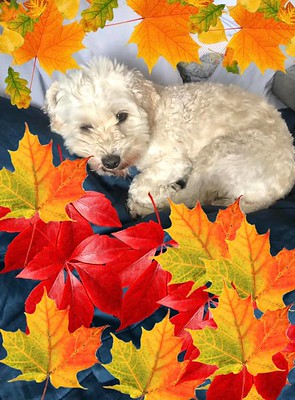 Gio (in Tring Park) and Pencil (chilling at home)

With lower temperatures and summer "holidays" a distant memory (in some cases very distant!) many turn their attention to autumn running events and getting out on a Saturday morning continues to be part of the weekend training routine. This Saturday will see the Beachy Head Marathon and we wish the Bladens and the Pages all the best, they were out running through the autumnal paths of Tring Park in their last practice before the big day. Also keeping up the routine is the virtual Pitstone Windmill parkrun crew - with Graham showing off an impressive bit of clambering up the Post Windmill's turning beam to get the great pic below. 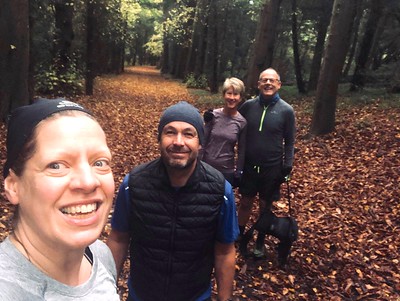 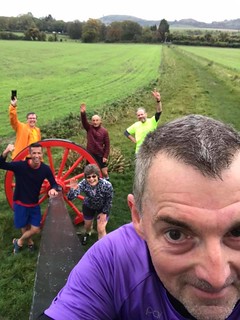 Well done to those who navigated their way through appropriately named streets in Tring before heading up through the park and up to the Ridgeway, and well done to those that tackled their now regular Cheddington virtual parkrun route. 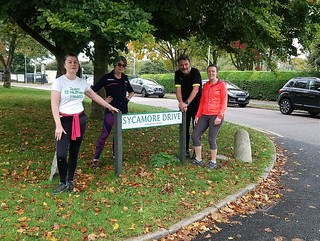 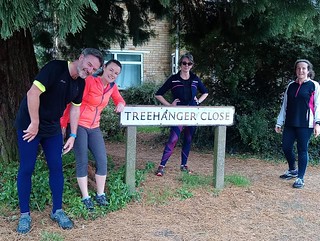 We saw "tourist" virtual parkruns from Hughenden Valley, Glossop Park, Frithsden Beeches, Brancaster (in Norfolk) and even the the hallowed ground of Bushey Park itself in addition to our local sprinkling of temporary 5k routes. We saw examples of autumn colours and crops in the form of ginormous pumpkins (from Ruth Monks) and the first sign that "off road" wheels might soon be needed for those that are pushing young offspring in buggies (Claire Hallessey). 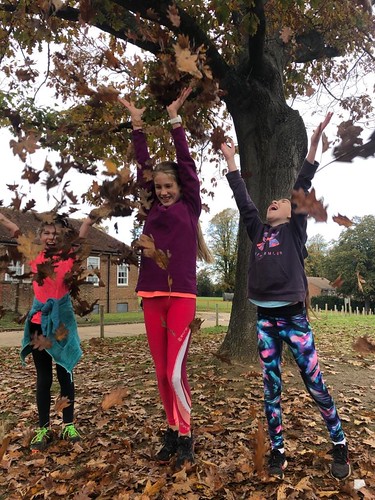 Sometimes playing with the leaves is better than running through them

Well done to everybody. And remember that we want to record as many times as possible during our birthday week up to November 7th.

This weekend on previous years

It's been a few weeks since we've done this. And, for some reason, looking back to 2015/16 seems an absolute age away. Everyone looks somewhat younger in the pics and many of today's juniors are mere dots. 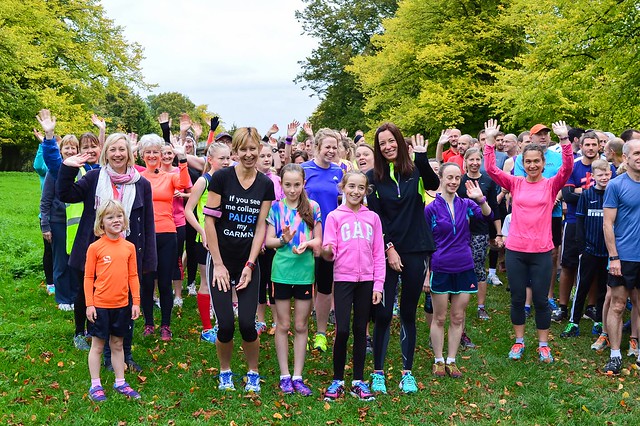 We were getting ready for our first "This Girl Can" event

This has to be one of my favourite run reports ever. Wes Ball was RD and asked for input and ideas for his write-up. This was too good an opportunity to pass up and so he was challenged to do it "in the form of modern interpretive dance" - and he was good for that challenge.

The tenuous link with dogs (above) is that the theme music is "I wanna be adored" - and Louise Bladen's friend though the words were "I wanna be a dog"! (Now that, Andy, is funny! 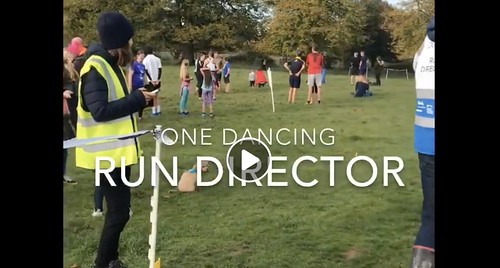 Junior parkrunner Holly Bunn wrote the run report a year ago. Perhaps it should be no surprise, for those of you who know her, that cake featured prominently. 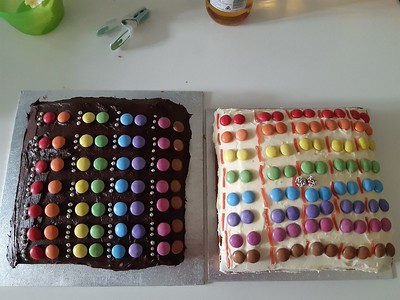 Cake! Dig out your recipes for our sixth birthday

That's all for this week.