The Foxes and the Blues

This week we take a brief look at our special FA cup theme - which proved surprisingly challenging for our seasoned virtual parkrunners.

It may come as no surprise to learn that we had a football theme last year too, so we've also included a side-by-side comparison. And, while we're at it, we take a quick look at this weekend over several years of Tring parkrun.

Whether your team lost, or won, or you didn't even realise the FA Cup happened, we have something for you below. 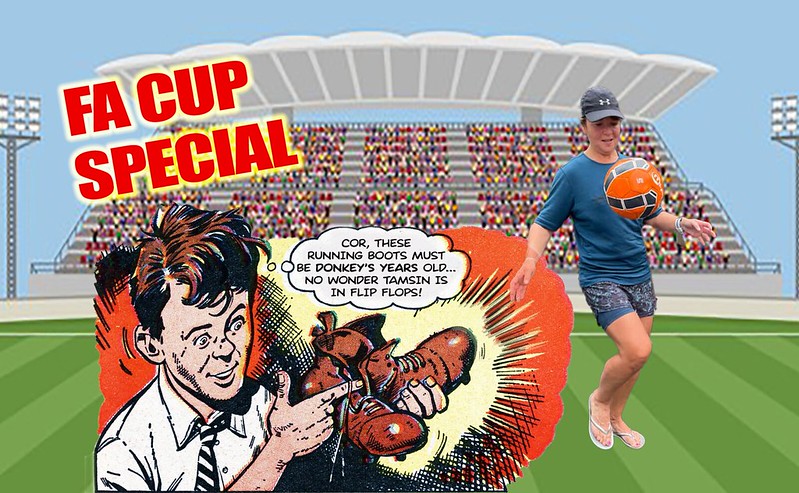 This year - like last - many of our runners were on the ball.

Back of the net

Our very own Andy Evans has, sadly, crocked his knee. Realising that his current pace was slower than a Chelsea Pensioner with Gout he opted, instead, for a PB (a Personal Bun) - of the Chelsea variety of course!

Top supporter kudos to Juliet Mitchel reminded us that Chesham Football Club were not in the Cup Final - seriously, they were robbed. Get some glasses ref! 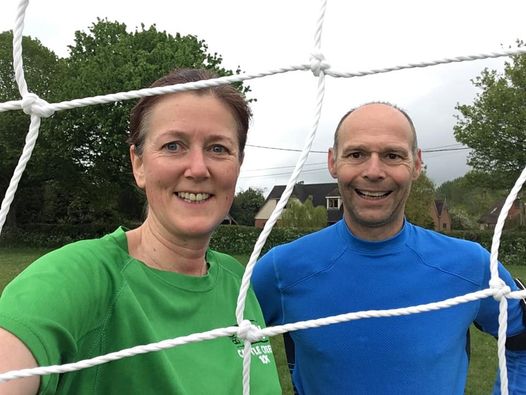 Well done to team Monks - who really were in the back of the net!

Judy Ewart spotted that Nobles parkrun flanks a football field and so passed that twice on her virtual 5k - great effort.

Sarah Foskett was not alone in remembering the glory of local Watford FC making the final on this day not so long ago.

Team Brookes were up with the Blues-bells. They are looking very lovely right now (a statement that could apply equally well to the flowers or the Brookes).

Team Monks went straight for the silverware with in impressive shot from inside the goal! 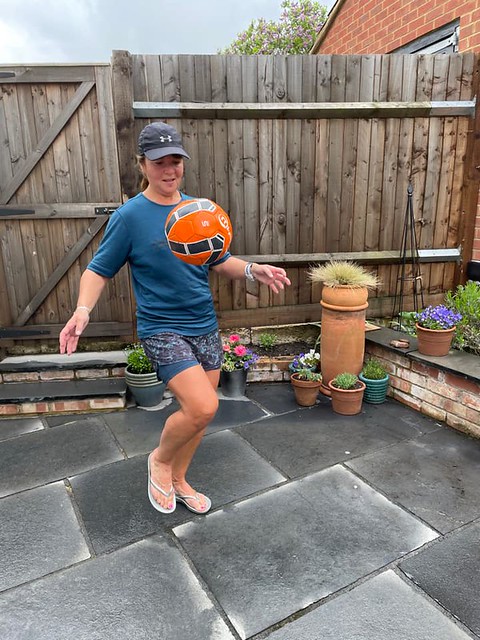 First Finisher this week was Tamsin Leybourne with an impressive display of ball skills. Did she manage 61 keeps-uppys?

Several of our regular Tring parkrunners took part in a Government 5k test event at Kempton Park on Saturday morning. Harry Bryant, Kate Haines, and Cathy and Martin Bishop all did their bit to get our parkruns back again.

This taking part were Covid testing before and after, the aim being to gather evidence that – hopefully – mass running events do not spread Covid-19. 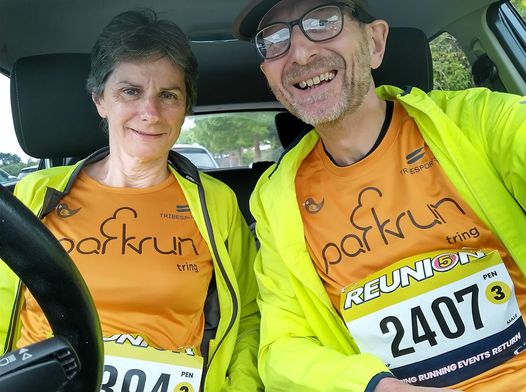 Cathy posted "[We were] very happy to do our bit towards getting parkrun and other running events back again! Superbly organised by London Marathon Events, it was a great experience, such a joy to take part in a large running event again. And the icing on the cake: I got a PB too!"

Harry also bagged a PB, while Martin and Katie were not far off their old parkrun pace. Respect!

On the Injury Bench

We were disappointed to hear that Pencil and Nick Carmichael-Johns were ruled out of the virtual parkrun on the grounds of being poorly. They had to watch the fun from the sidelines. This was a far cry from this exact time last year when both were stars of our "getting to know you" series.

You can read the whole write-up here. A sneak preview.....

"Having spent most of his twenties saying that he would never leave London, Nick reached a point in his life where he decided that the allure of wide open space just got too much. So where better to move to than Tring?

Officially Nick has now completed 86 parkruns, though he did sneak in a couple of unrecorded events when visiting his in-laws. Nick started parkrun back in January 2017, and has been a regular at Tring ever since. Having racked up four PBs in his first six runs, Nick's current PB is 29:14, which he set back in April 2014." 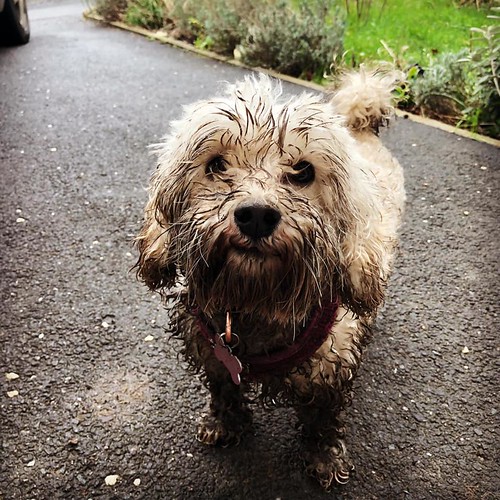 A look back to last year and "the beautiful game"

Last years FA cup coincided with out 10th virtual parkrun. We could have fielded several teams with that week's turnout. 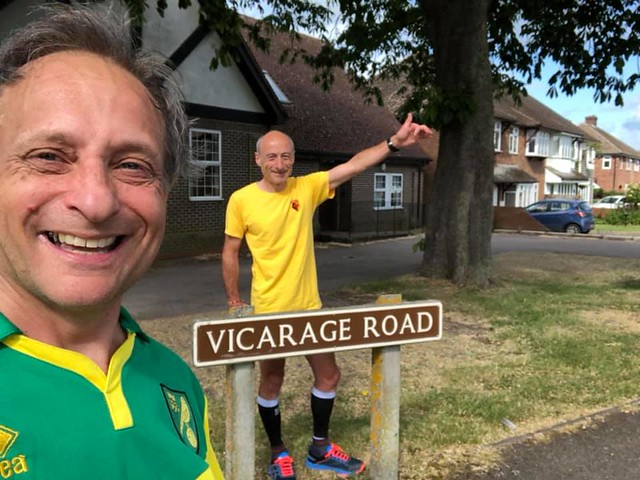 You can see the full set of Week 10 entries on Facebook including:

Remember back in the day when we could actually get together in Tring Park? For our 248th parkrun the highlights were that the cows were well and truly back (and we'd discovered another natural Cow Marshal in the form of Steve Brookman), Martin Bishop completed his 100th and Cathy baked and decorated a most awesome cake, and a very pregnant Sally Nash finished in a time way faster than I've ever managed.
See the run report: #248 "Now these are small" 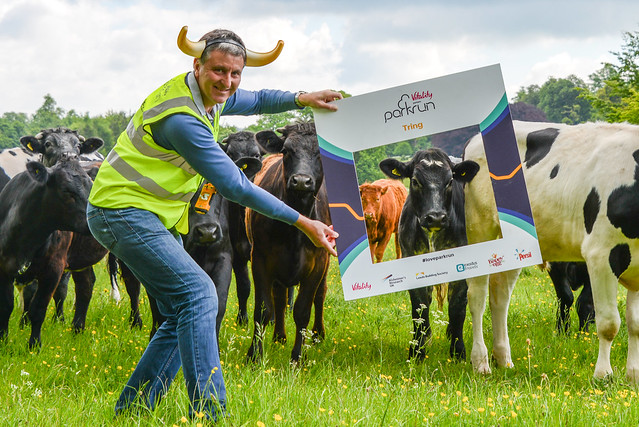 Steve Brookman - one of our favourite pics from tring parkrun

Apparently there had just been (or was just going to be) a royal wedding, and we had the 2nd running on our new course through the valley.
See the run report: #194 The Second Running 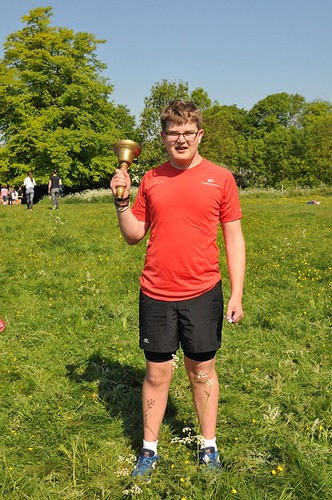 2017 was a warm Spring. Our numbers grew and for the first time we exceeded 200 runners for more than 2 weeks in a row.
See the run report:#139 Good things come to those who wait 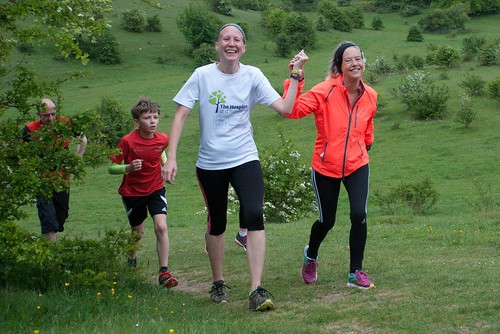 Impressive to look this happy at the top of Heartbreak Hill!

Lorraine Hurford was RD for the first time back in 2016 (one of four new RDs taken onboard), a very small William Drath got his first PB, Tom Patterson completed his 10th parkrun, Katie Haines (another of the new RDs) was heading for a PB but stopped to help a runner than had taken a tumble, a great display to parkrun family spirit. 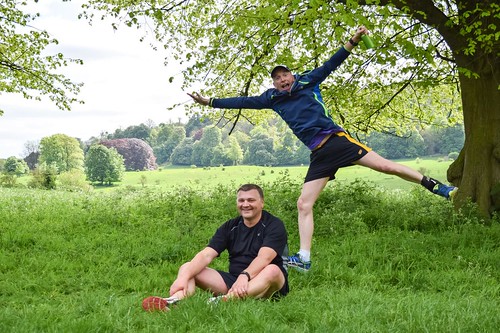 Six years ago, wearing an Arsenal top, Issy Bladen completed her first Tring parkrun and has hardly missed a parkrun weekend since. Liz Daniels was "Queen of PBs", Dom Evans won "parkrunner of the month" and his sister Sophie was surprised to be first female finisher (the visitor in front took a wrong turning on the woods!!!). 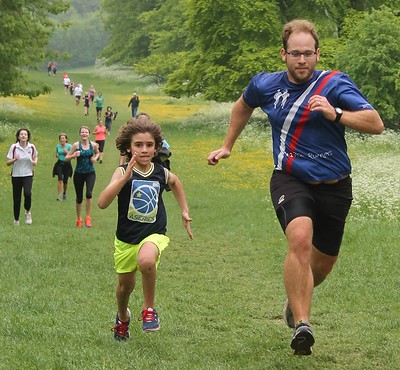 With parkrun being for all ages and abilities runners often can find themselves running with others many years different to themselves in age. Pictured are 2 sprinters, both running for the first time at Tring but at opposite ends of the parkrun experience table. Young Oscar Atkins produces an excellent sprint for his 1st ever parkrun, whilst Richard Kirk, our most experienced parkrunner this week, gives him plenty of competition.

THAT'S ALL FOR ANOTHER WEEK