As I was driving down the lane towards the Rugby Club, I spotted a bunch of caravans and cars in the car park near the rugby pitches. Hmm, I thought. After the 'visitors' to the park a month or so ago, I thought the worst. However, as I pulled up in the car park, I noticed flags and banners and a bunch of bleary-eyed people sitting round a camp table drinking tea. It was a group of local cyclists who meet together here once a year and ride custom (shaped a bit like Harley Davidson motorcycles) cycles around the area. Some of their weird and wonderful cycles were later on display, and the smell of bacon cooking certainly made a different start to our parkrun. 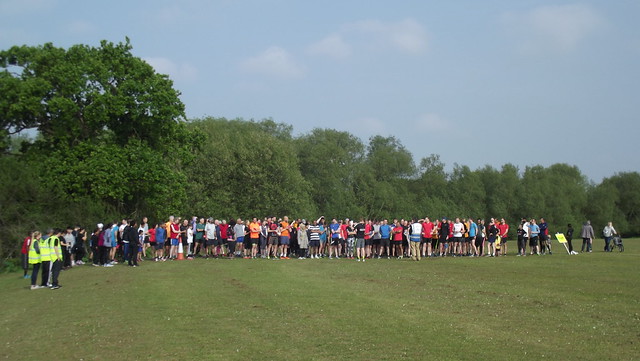 164 runners finished this week - a non-New Year's Day record. Numbers have certainly been up this year, and this week we welcomed 6 runners brand new to parkrun, and 18 first time visitors. Welcome! It is nice to see a long stream of runners going up the hill at the start, and also a constant rush coming past at the end of the first lap. It also helps runners try to better themselves as there are more other runners near you to aim to overtake, or to stay ahead of. 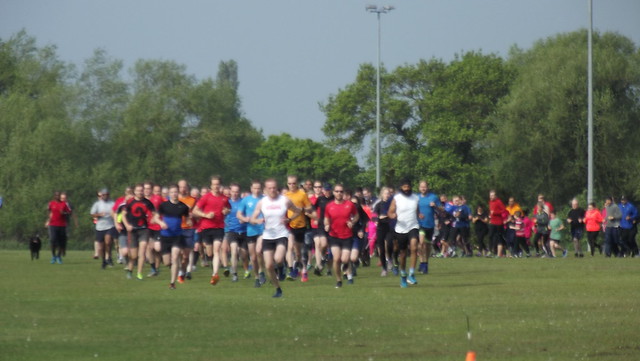 Talking of runners trying to better themselves, did you see on Friday that Nike paid some marathon runners a load of money to try to run a marathon in under 2 hours? Although Eliud Kipchoge ran 2:00:25, the fastest marathon time ever, it will not count as a world record because he was assisted by pacers/cars etc. What I was more impressed by though was his split times.

Check out the splits for each 5K below:

Congratulations to Dennis BONNIE and Stephen CAMPION who both earned their 100 parkrun T-shirts this week. Dennis actually managed a PB too, his 2nd PB in 2 weeks.

Thank you to this week's volunteers who were:

If you would like to volunteer, check out the roster on our webpage and email us. Or fill your name in on the paper rosters available in the clubhouse when you get your barcode scanned.

Now for the APTOTW (Aesthetically Pleasing Time Of The Week). 2 runners managed round minutes. Ciaran CREAN ran a 20:00 and Seamus HANNIGAN ran a 22:00.

Finally, a reminder that we are cancelled next week due to a football tournament taking place in the park - NO UPTON COURT PARKRUN ON SATURDAY 13TH MAY

See you next time.

Position Tokens.  Please make sure that you always hand in your finish token after the run, even if you don’t want a time, or indeed have forgotten your personal barcode.

Parking.  It’s good that many of you walk, run and cycle to the event.  There is very limited car parking space at Slough Rugby Club sometimes some double parking.  Please can you instead park at the main Upton Court Park car park on Upton Court Road – Satnav SL3 7LU.  There are loads of spaces there and it is only a short walk/jog from the start line.

Dogs.  Dogs (maximum 1 dog per runner) are welcome, but should be kept under firm control, on a short lead or a harness with a short lead, and extreme care taken to avoid tripping other runners.

Barcodes.  Only printed barcodes, either on paper or on the plastic tokens/silicone wristbands will be accepted for scanning.  Digital barcodes (eg on a smartphone) will not be recorded.

This week 164 people ran, jogged and walked the course, of whom 25 were first timers and 27 recorded new Personal Bests. Representatives of 12 different clubs took part.

The event was made possible by 10 volunteers.

Today's full results and a complete event history can be found on the Upton Court parkrun Results Page.