In a week where we were concerned at one point that Upton Court parkrun might not happen this week because of a fallen tree, the same fate befell Bracknell. They weren't as fortunate as us, in that they were unable to get obstruction cleared and had to cancel. Their loss was our gain, in a wide range of ways as the following run report written by Bracknell's Jane Light makes clear.   Thanks to you all.

A Friday cancellation at our home parkrun at Bracknell meant a quick scout round local parkruns for one that needed a photographer/report writer and we alighted on Upton Court parkrun for a second visit – always good for a chance of a PB. Arriving in the car park, we were delighted to see familiar faces as several Bracknell regulars also chose Upton Court for the fix of tourism. Even our 50th milestone runner Peter TOTT came along and brought his cake to share with Upton Court parkrunners. Well done to Peter TOTT and Askar ANSARI who completed his 100th run and Nigel PEARMAIN who completed his 50th run too. 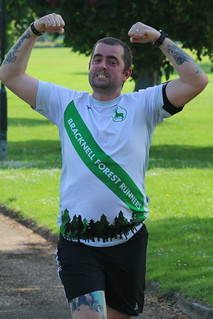 As well as tourists from Bracknell, there were a good spread of tourists visiting from Harrogate, Cardiff, Guildford, Ripon, Bournemouth and Black Park. 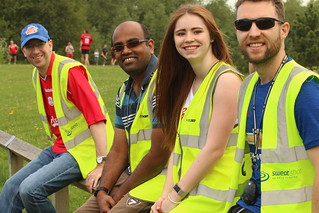 We thanked the volunteers, without which parkrun would not be possible, and reflected on how important community is as we remembered the awful tragedy in Manchester this week. We set off expecting to get wet as the clouds rolled over. However, they carried on rolling and the sun came out making for a very hot run. 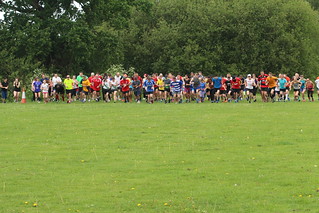 130 parkrunners crossed the line, including 6 people completely brand new to parkrun – welcome, hope you enjoyed it and hope to see you back again. 20 parkrunners ran at Upton Court for the first time having previously run elsewhere. There were 15 PBs – well done all. James GREAVES has set 9 PBs in 15 runs at Upton Court and knocked 8 minutes off his time since January which is an amazing achievement.

To celebrate FA Cup day, there was a good selection of football shirts on show. 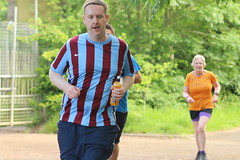 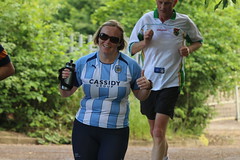 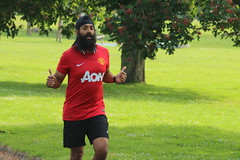 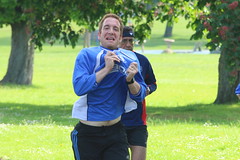 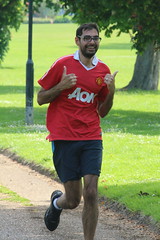 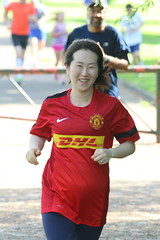 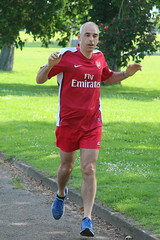 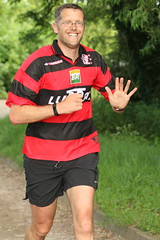 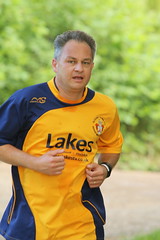 Thank you to Upton Court parkrun for hosting us and we look forward to returning soon – especially as I ran my second fastest parkrun time ever! If you fancy a spot of reciprocal tourism, you will be very welcome at Bracknell parkrun – we do lots of cake. Just don’t expect a fast time.

And finally, the stats...

This week 130 people ran, jogged and walked the course, of whom 26 were first timers and 15 recorded new Personal Bests. Representatives of 20 different clubs took part.

The event was made possible by 11 volunteers.

Today's full results and a complete event history can be found on the Upton Court parkrun Results Page.