With no sign as to when we may be able to get together for a parkrun at the arboretum any time soon, I thought I'd delve into the archives to try and cheer people up. So, here are some memories from the third Saturday in April 2014.

The course being used at that time started at the park gates by the bowling pavilion and the play park. The first half of the lap was broadly the same, but it hugged the path around the lake rather than going up to the clock tower. Due to works being carried out on centre green, after going between the lakes, runners turned right so for a brief period, there was a two way section. Then a quick right-left-right to head up Beacon Way path (so the tennis courts were on your right) before coming down the hill behind the bowling pavilion.. 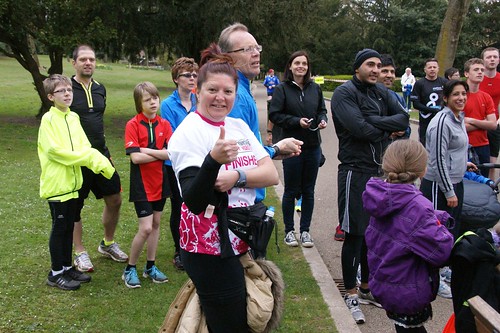 The photographs were taken by Ronald REYNOLDS and can be found here.

Keep in touch via social media:

Even though parkrun is paused - the podcasts are still continuing:

Hosted by Danny Norman and Nicola Forewood (who formerly fronted the parkrun show) - https://withmenow.libsyn.com/
Walsall parkrun was profiled by Danny in episode 74 -here

The parkrunners running, jogging and walking at Walsall for the first time this week were:

The parkrunners who set a new Personal Best time around the arboretum course were: