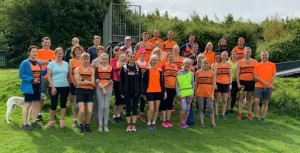 On a bright and sunny morning, 119 participants gathered for the 196th parkrun at Wetherby Ings. Today was a volunteer takeover by Wetherby runners aka the mighty Orange. They provided the vast majority of marshals timekeepers and barcode scanners and there was a great turnout of runners in their orange vests which was good to see. 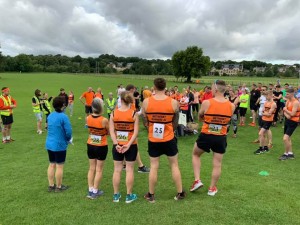 Significant milestones were for Daniel Nilstrum running his 100th parkrun and Darren Whiting running his 50th parkrun today. Well done guys. The run went smoothly with Dan Nilstrum taking the first finisher by a significant margin on his 100th parkrun. Well done again Dan, a fantastic achievement. The highlight of the day for me was the amount of encouragement one lady gave to her running partner Simon. Simon was getting clapped very loudly towards the finish line. It was only then when I realised that Simon was not a person but a French bulldog probably completing his first ever parkrun! Congratulations Simon. 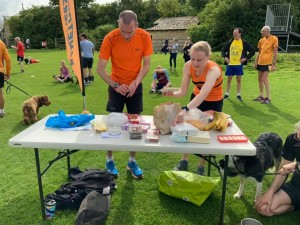 There was cake at the finish and several people adjourned to the WSA for more cake bacon butties and coffee. Thanks again to all the runners for all your support it was a good atmosphere on the course. And thanks again to all the volunteers without them we couldn’t make the parkrun work. Please remember that there is no parkrun next Saturday due to the food festival on the Ings. See you in a fortnight. Thanks Tim Tunnard on my Run Director Debut.

Here are this weeks stats: This week 118 people ran, jogged and walked the course, of whom 24 were first timers and 18 recorded new Personal Bests. Representatives of 12 different clubs took part. 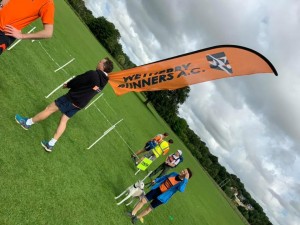