Welcome to February said the radio presenter when Janice and I left the house at 7:30 Saturday morning and turned the car north on the M1/A1 for the twenty miles or so from where we live here in Leeds.  Thoughts turn to the end of winter, daffodils in the park, snowdrops and crocus and with this, the onset of spring.
Half an hour or so later, we arrive in Wetherby at The Ings and I was delighted that we had already been beaten to the first parking spot by Trish and Barry who were dressed for the elements and had already started to set the course up for you.
We joined them and indeed, after opening the car door and holding it tight, all of us braced the extremely strong wind/gale that was blowing and headed to various points to put cones down and tap down the mole hills to ensure you did not fall.  The river was not in flood and looking out over the muddied water, I saw a flash of cobalt blue as a kingfisher darted over the shallow and into the adjacent trees.  Just next to my feet, an abundance of snowdrops, above me already on the wing – a red kite riding the early morning air and the gulls gathered on The Ings chattering away.  Despite the horrid wind, sights like this warm the heart on the coldest of days and you are all so lucky to enjoy such a beautiful park. 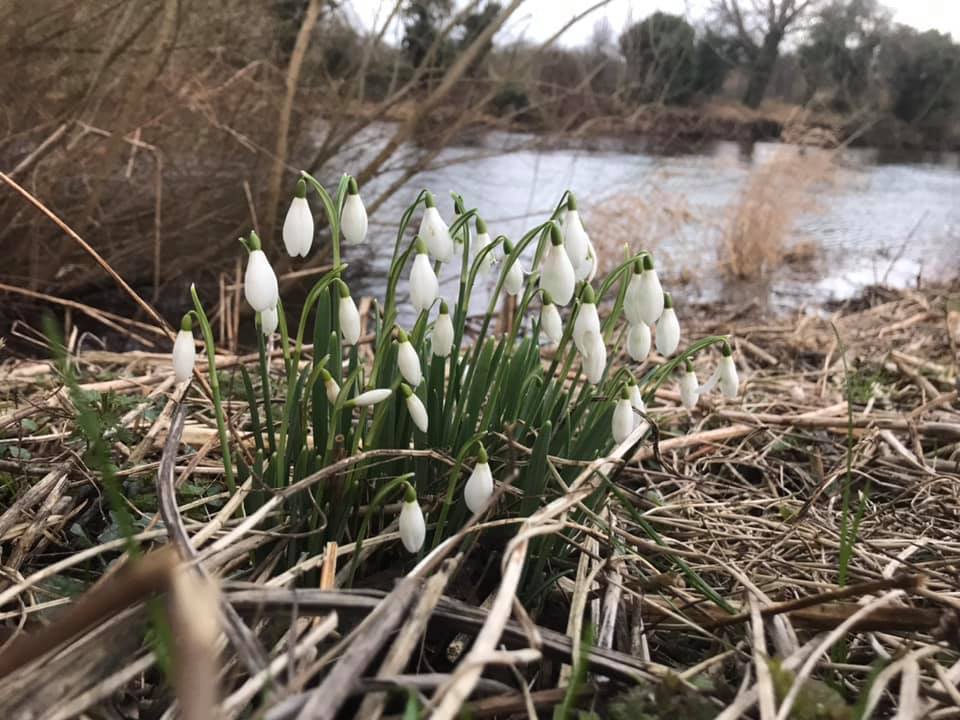 With the course set, our brave volunteers arrived and with military efficiency and my grateful thanks, each was assigned their role and then grabbed coffee before heading off to various points on the course.
After the first timers briefing had been concluded and everyone welcomed and with watches set and prepped, everyone headed off into the breeze with a 3,2,1 Go on the stroke of nine. 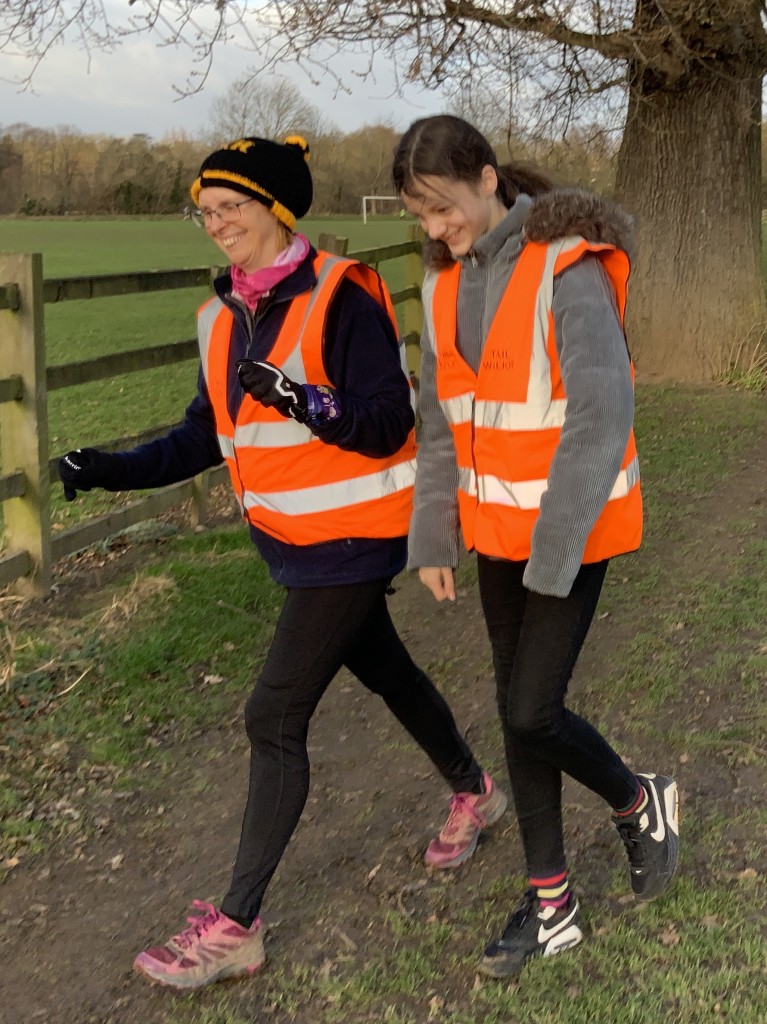 We welcomed 110 participants to the park, of which 109 of you finished.  I was aware of a young lady who pulled out with a tight hamstring and mum was there to support her.  I do hope she is feeling better and  when we spoke, you were stretching this and I applaud you for having the sense to stop and not make it worse.
First three back were Josh Fuller of the Harrogate Harriers and AC, followed by Mark Gregory and visiting Adam Gerrish from the Colchester Harriers and AC.  To give you an idea of how well people are running – or are more keen to get out of the cold wind than others, the first seven all finished under 22 minutes.
Only just over the 22 minutes and a few seconds was our first lady Nicky Andrews of the Wetherby Runners, followed then by Cat Webb and Helen Tate – also of Wetherby Runners. 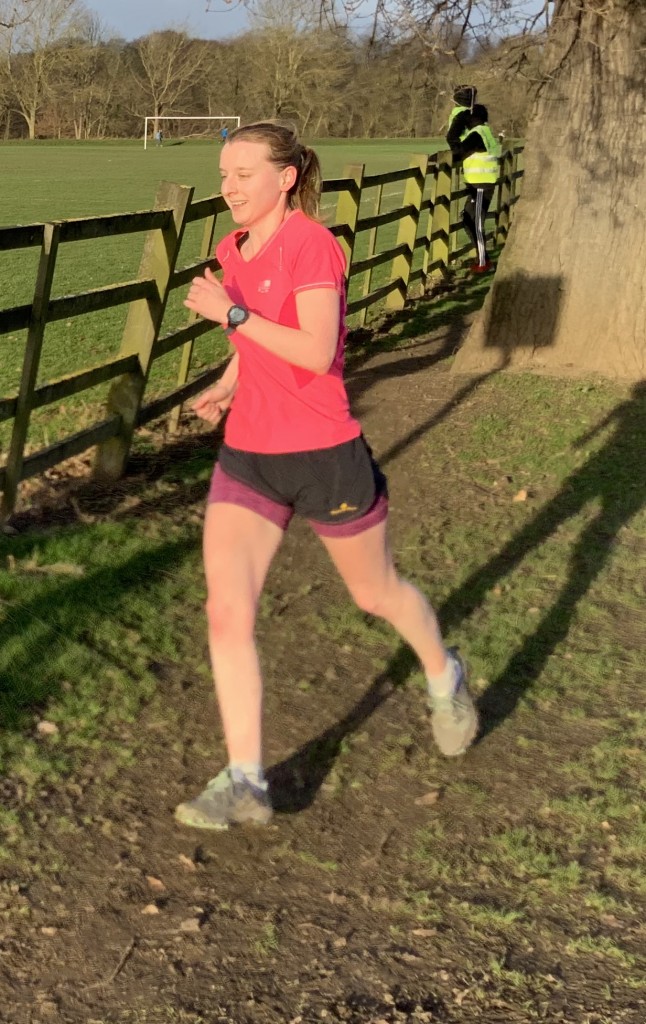 We welcomed runners/participants from :  Harrogate Harriers, Colchester Harriers, Hunwick Harriers, Roundhay Runners,  City of York AC, Wetherby Runners, York Knavesmire Runners, Lonely Goat RC, Valley Striders, Chapel Allerton Runners, Helm Hill Runners, Kippax and District Harriers and of course, my club who I run for – Rothwell Harriers.  An excellent turn out.  We had visitors I recall from Colchester, Durham and Kendal.  What I do hope is that you were an felt welcomed and each enjoyed it as much as we did having you.
Either the wind, the course or the incredible volunteers made a difference as:  Julian Hance, Michael Turner, Simeon Souttar, Gina Stringer, Zoe Hickman all went on and recorded PB’s and I extend my congratulations to you all.  If you can do this on a day like that, you have even greater things to come when the weather is calm and decent.
We also welcomed a number of you as absolute first-time runners and walkers and it was a pleasure to start your parkrun journey with us.  Congratulations to: Caroline Knipe, Chris Smith, Joe Smith, Lauren Day, Ed Day, Suzie Smith, Rosie Smith, Robert Turner and Harriet Atkinson on completing your event.  We hope to see you this coming weekend again. 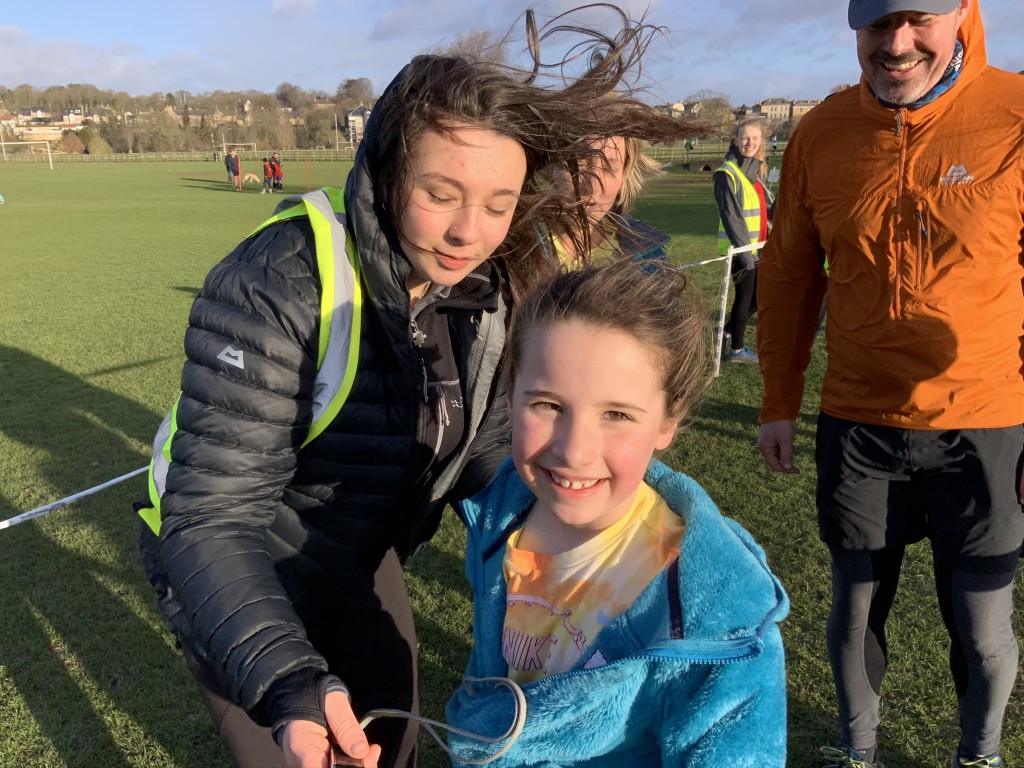 Of course, even though being an RD means I am responsible for you all, without Trish and the group of the following volunteers, the whole event would not have been possible.  Please extend your thanks to the following who were stood out in the cold from early to the last person had gone home and we are so grateful.  Harriet ATKINSON, Rowan BAKER, Keane BARBER, Trish COMET-SMITH, Stephanie COOP, Finlay DUTTON, Alex FOREMAN, Tilly FOREMAN, Gillian FOX, Eleanor GREENWOOD, Barry HUTCHINSON, Paul VENABLE, Janice WHITELEY, Teddy WILCOX, Suzy WOOD, Vanessa YEOMANS.  If everyone gave up one Saturday every few months, the roster would be full within days and we can never have enough volunteers.
I am delighted to be returning again in four weeks on what is a very special parkrun as it is the first time that this has ever fallen on the 29th February.  This being a leap year event, we do hope to make it special in some way and given this, I am going to be joined by my partner again – Janice, who will be acting as co -Run Director alongside me.  Thought we would have something different and also, as she will be undertaking her first ever solo RD in March with you again., this will be ideal practice.  I may even let her wear the RD top on the 29th but not let her go power mad!!
So, thanks to you all for coming and running with us.  We look forward to seeing you in a few days time and I hope for you all, the weather is somewhat better.  We wish you all a safe, enjoyable and healthy week and I will see you on the 29th.
Best wishes,
Kev

This week 109 people ran, jogged and walked the course, of whom 20 were first timers and 5 recorded new Personal Bests. Representatives of 13 different clubs took part.