Hello everyone, it was great to be back on the Ings at a parkrun again. It seems so long since we all saw each other. The ground was surprisingly dry – all things considered ! and only some small course deviations were needed.

We had 53 people and considering that this was the first Saturday back after a long absence and with the threat of the Corona virus hanging over heads, it was a very respectable number.  Next week Nidd Valley running club were proposing to visit us, but as I write this tonight (Monday), quite possibly all parkruns will be cancelled nationwide.

On Saturday there were some excellent dog runners, including a lovely grey Staffy who was a parkrun tourist with its owners. 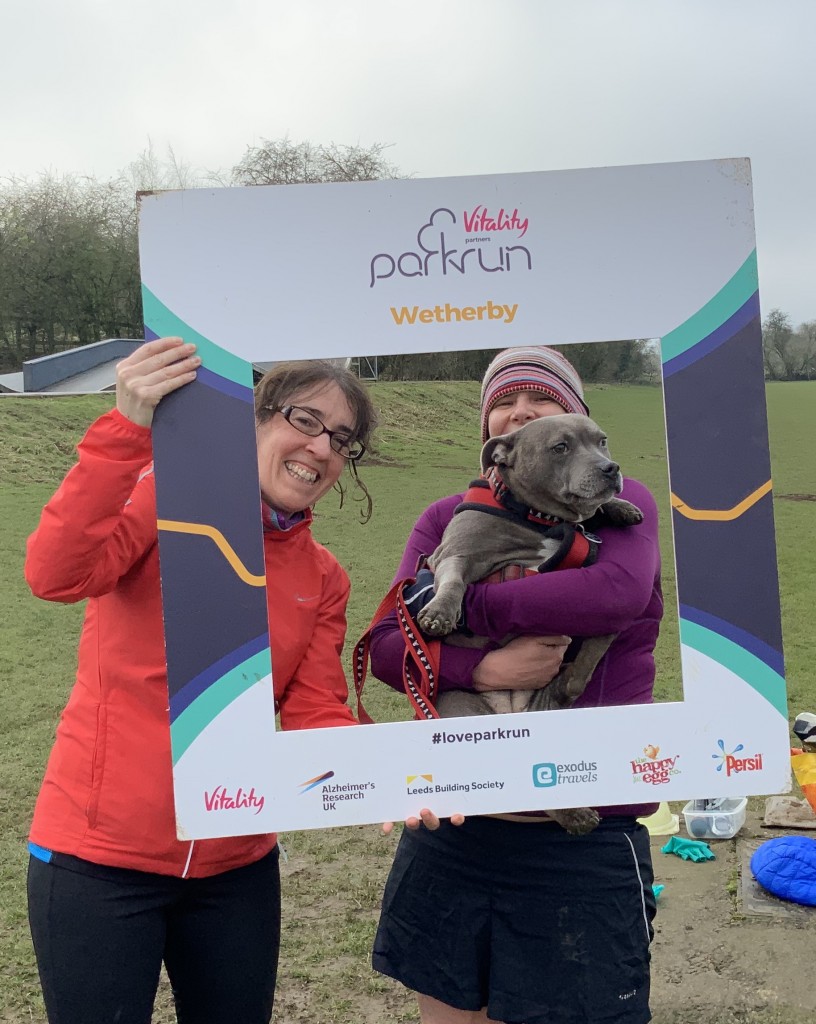 However, the most improved runner – indeed, I think a worthy winner of ‘Runner of the Month’ goes to Pip Trapps, who has progressed from being a terrific puller, to a good steady companion, with enough energy left afterwards to go paddling in the lake left on the fields after the recent flooding. ( ...although she will just have to learn to go to the toilet before the run, not on the final lap!). 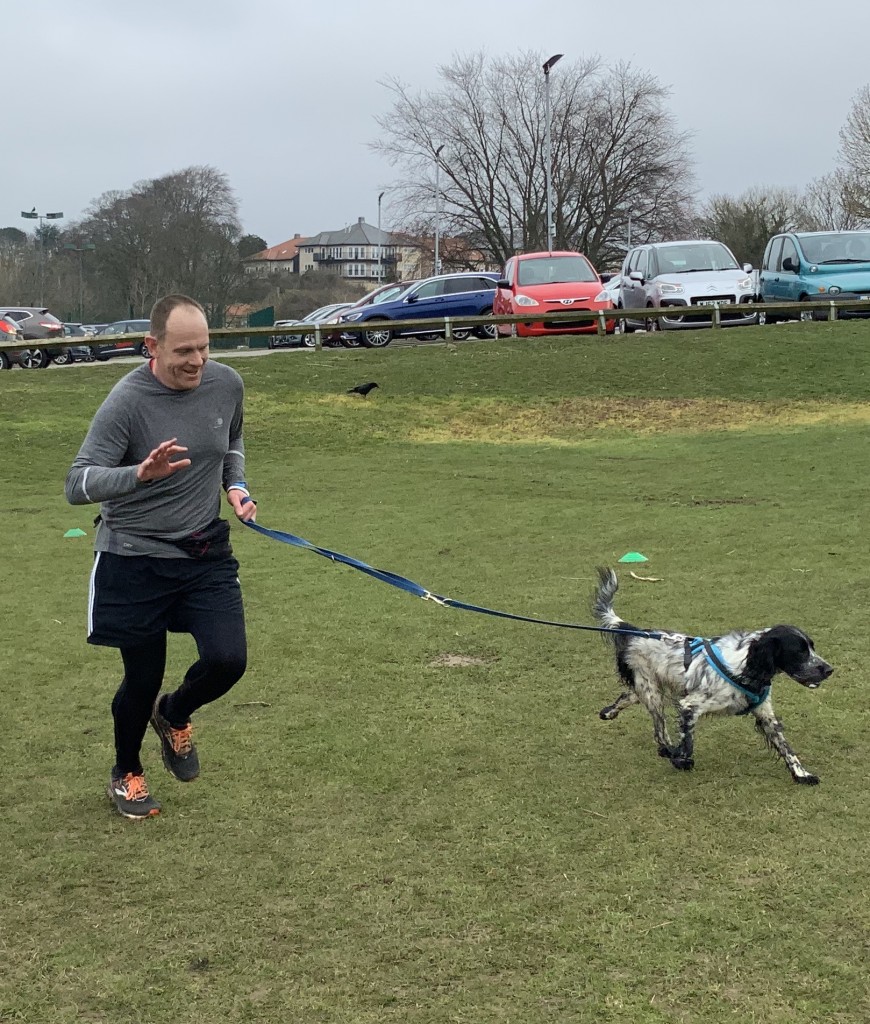 A welcome face which has been missing for some time was Dave Yeomans, who didn't look at all that he had been absent in recent weeks. 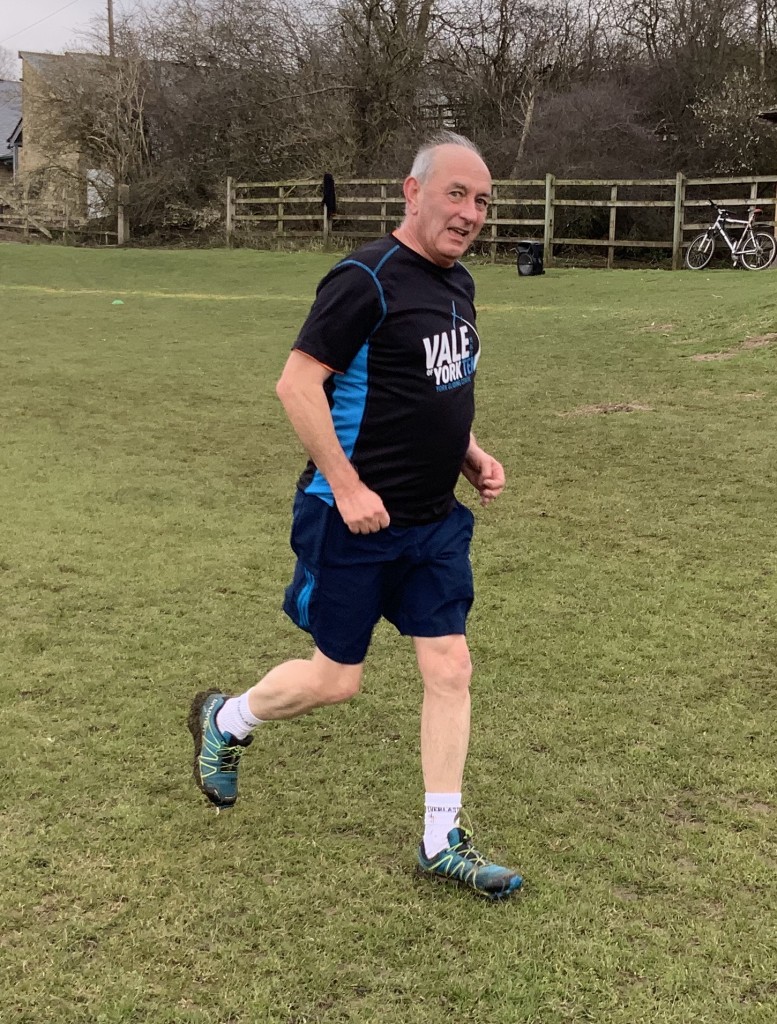 Finally we have to have admiration for the leading group who fought over the podium places with great gusto. 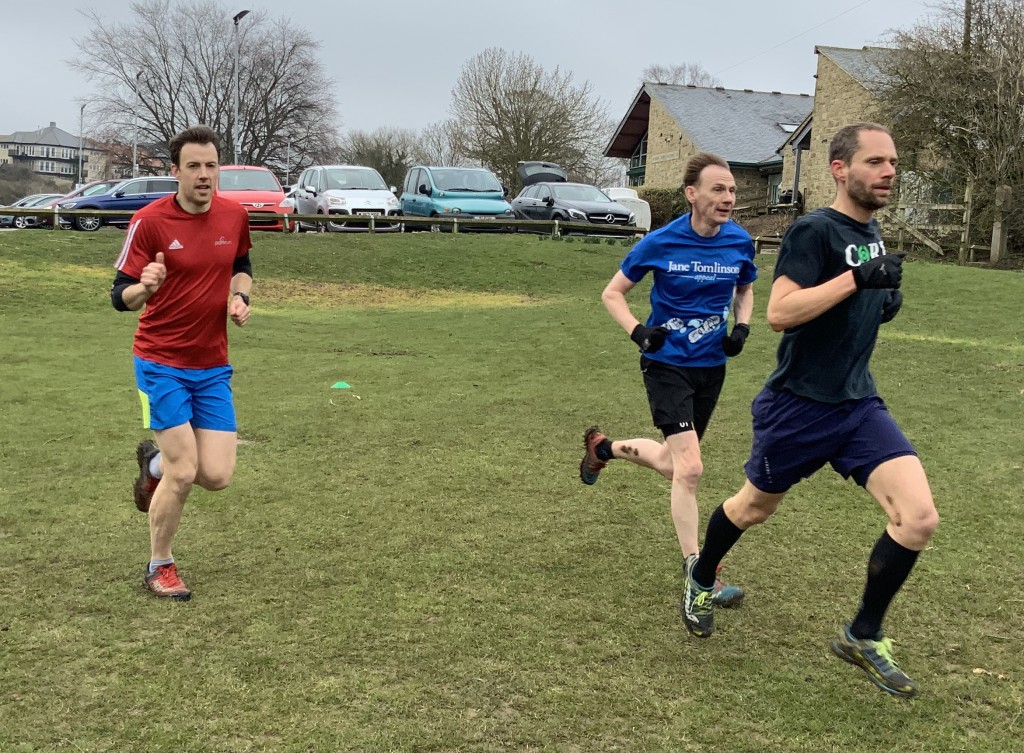 I just don't know what this week will bring, but we can look forward to being all together once again sometime in the future, thumbing our nose to the virus and enjoying ourselves on the Ings,

This week 53 people ran, jogged and walked the course, of whom 3 were first timers and 8 recorded new Personal Bests. Representatives of 15 different clubs took part.