What a wonderful way to start a holiday in the Lake District! A run in the sun up one of the most beautiful hills in the country. OK not everyone’s cup of tea, but a tough parkrun in the morning gives you a great feeling for the rest of the day.

Right from arriving at the car park the atmosphere was so “parkrun positive”, mainly people wondering whether it was really as tough as it sounded. It was another well attended run with 107 first timers out of the 213 runners in total. This included 6 runners having their first ever parkrun experience. As RD Sonia said “If this is your first parkrun, you’ll always find the next one easier.”

Since June 29th the number of participants has increased each week and on Saturday the second highest number ever at Whinlatter was achieved, beaten only by the 2019 New Year’s Day event. This was when 279 runners ran Whinlatter followed by Keswick an hour later!

Over 20 Borders Reivers Runners were welcomed at the briefing. They have been parkrunning all over the North West raising awareness of Parkinson’s. A most impressive group who cheered everyone over the finish line later. 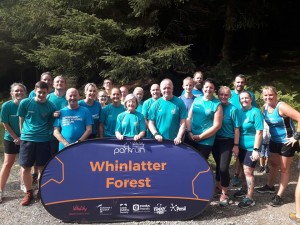 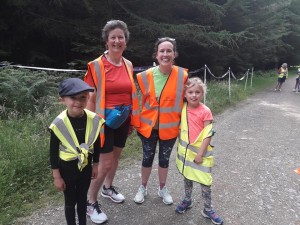 The parkrun is amazingly beautiful with wonderful sunny views over Bassenthwaite Lake. The views of the runners ahead going further uphill were less enjoyable!  The marshals were very cheerful and supportive, which was much needed as 3km of the run is uphill.  The final 800 metres, after the loop, was downhill all the way, a good opportunity to complete a really challenging parkrun in style!

Many congratulations to all the participants including the following - 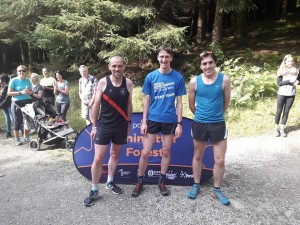 With such high number of Whinlatter first-timers there was a very impressive 35 out of a possible 101 parkrunners achieving their PB for the course. Running conditions were very good, especially for a mountain run.

Our youngest parkrunners were Edward and Isobel PARTRIDGE who were Tail Walking, Henry WHITE who was a First Timer after 13 parkruns in East Anglia and Joseph ROBSON from Yorkshire. Joseph was running his 176th parkrun, in addition to his 36 junior parkruns, at over 50 different parkrun courses!

If you are in the north of the Lake District the Whinlatter parkrun is a great challenge with fantastic views. However if you want something scenic but less hilly, there is the Keswick parkrun, currently on their third route due to footpath work, where you can see the hills without running up them. The choice is yours.

On a personal note I really enjoyed the run; a PB for me and my wife who was particularly impressed with the tail walker team. My son was a first-timer and has now completed the flattest (Portrush) and the hilliest parkruns in the UK.