This Saturday the rain came and it came in style! We were however, relieved that the predicted thunderstorms stayed away. It's fair to say it was up there as one of the soggiest parkruns to date. The rain by no means dampened any spirits and it certainly helped to provide a memorable run!

Despite the biblical rains 170 of you came along to run, jog and walk the course and we had 170 wet but happy parkrunners at the finish. The trees providing as much cover as they could to protect the finishers. 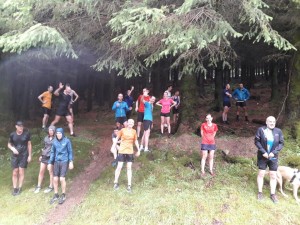 Once again we saw a high number of first timers to the forest - 86 to be exact with 11 people completing their first ever parkrun. We welcomed a crowd from Home Group who were running to raise awareness and funds for the World Transplant Games, some ran, some jogged, some walked and some volunteered - thank you to you all! 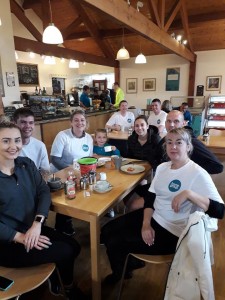 The rain must have encouraged you all to get a shift on as we saw 19 people achieve a new PB. We had quick runners in the first three including Carl bell who has recently been crowned British Fell Running Champion - congratulations Carl! 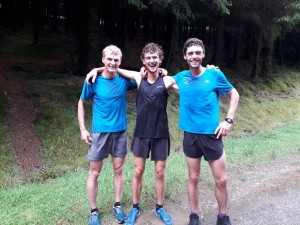 More congratulations to Leigh Pullan of Run Pals and Peacehaven parkrun who joined us with a group from Run Pals to complete his 100th parkrun. You're black t shirt will be winging it's way to you - wear it with pride!

We were very pleased to see the return of finish token 38 which has been missing in action for a number of weeks. Thank you to the mystery person who dropped it back into the box!

The biggest applause of the day yet again has to be for our amazing volunteers who did question their sanity at standing out in the rain this week! We tried to find a new volunteer role as umbrella holder for Andrew but it wasn't on the list! parkrun would not happen if it were not for the volunteers so thank you very much to: Samantha AYERS • Nicol MOFFAT • John SCRIVENS • Hazel DAVIES • Leigh PULLAN • Laura PULLAN • Siobhan GASCOIGNE • Sonia DRYDEN • Brendan CARLIN • Janet KNIGHTS • Helen HEY • Pip CONLON • Julie COOPER 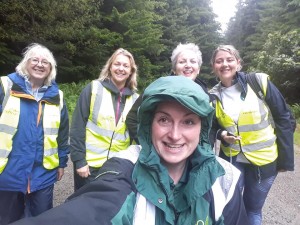 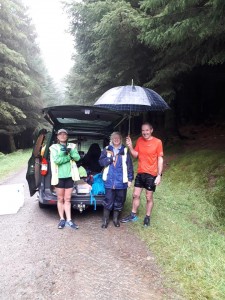