Another week on the hill and another reason to celebrate.. this time is was to celebrate Peter Battrick's 250th milestone parkrun! Peter chose to mark this huge occasion by volunteering to tail walk. Not an unusual occurrence as Peter has volunteered many times at Whinlatter parkrun and in fact has his 25 volunteering milestone t shirt too. Previously Peter was instrumental in the setting up of parkrun in Norfolk in 2014 - an amazing legacy to leave the people of Norfolk but we have to say we are chuffed to have Peter here as part of our event. 250 parkruns is no mean feat and of course we couldn't let it go unmarked and so presented Peter with a cake to say well done! 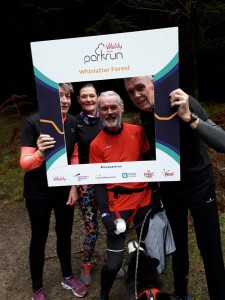 Paul was one of 7 people who bagged a new PB this week. In total we had 74 people complete the course, of which 19 people were at Whinlatter for the forest time.  Well done to Ian Kirby who completed his first parkrun and joined the parkrun family!

Christmas was definitely in the air, we had a Christmas tree complete the course and volunteer marshal John had chrismassed up his direction t shirt! A brave few completed the parkrun course then went straight back down the hill to run the Santa Dash straight after! Amazing. 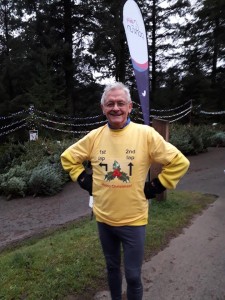 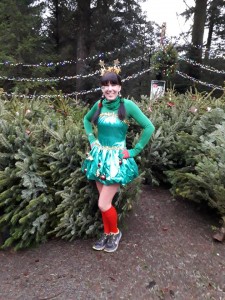 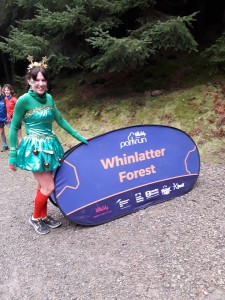