The second event of 2020 saw numbers return to more normal levels for us and we welcomes 141 people to run, jog or walk the course on Saturday. This time though the locals out weighted the first timers with 48 of the 141 being new to Whinlatter. 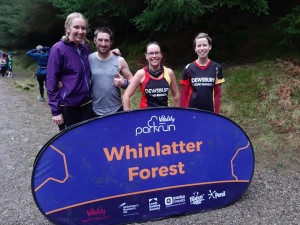 It was a mean and moody day with the cloud fairly low, but it was nice to see the views as the parkrunners moved around the course. The conditions however, proved to be ok as 22 of you gained a new PB. Whinlatter Forest volunteer David Wilson absolutely stormed through to a new PB knocking nearly 2 minutes off his previous best time. Rose Rowlands was most impressive with a new PB that was 10 minutes quicker than her previous time! Well done everyone. 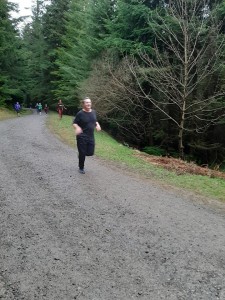 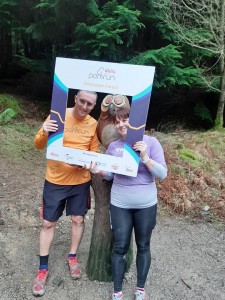 The most fantastic milestone this week though belongs to Janet Knights who completed her 25th volunteer stint! Thank you for all your support Janet, it really is appreciated. 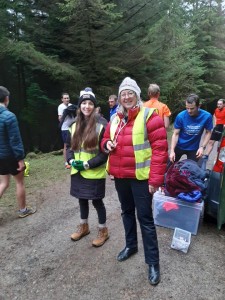 We are looking forward to next Saturday when we will celebrate our second birthday! We'd love to see you there to run, jog walk or volunteer!

1st January 2020 will go down in history as a record breaking day for Whinlatter Forest parkrun with a huge attendance of 421 people! 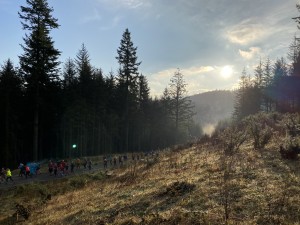 On this day we were given permission to start at a later time of 10.30 AM which allowed Keswick parkrun to start at 9 AM, enabling those that wanted to, to run two parkruns in one day. It was amazing when the question was asked in the run brief who was about to do their second parkrun of the day to see so many hands go up in the air! What a way to start the New Year! 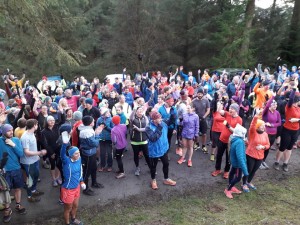 For those who's New Year's resolution was to gain a PB, we hope Wednesday helped you a s 45 people gained a new Whinlatter parkrun PB! Fantastic stuff!

The atmosphere was incredible for the whole event and it was inspiring to see so many smiling faces at the end. The weather really played it's part on Wednesday which meant the views towards the Lake District were magnificent. 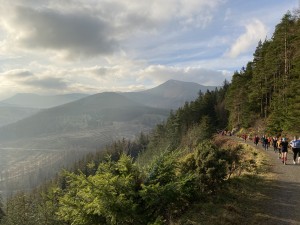 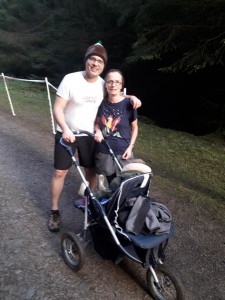 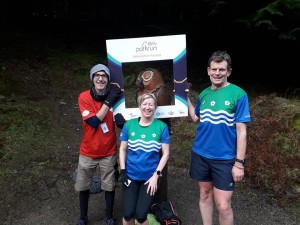 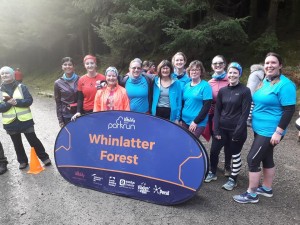 On a perfect Saturday morning, I found myself poised at the start of Whinlatter forest parkrun amongst a field of 171 participants and one of 71 first timers!

....and one runner announced it was her 100th different parkrun venue....

The first 500m downhill stretch provides a fast blast off, time to find your pace and rhythm, ready to tackle the ascent.... up we go and up some more!
Some spectacular views on a Winters day like today and well worth that slog up....
A few flat sections break up the climb and some recovery downhills are welcomed... nice little section through the forest and a small overlap point for runner's...the finish is a welcome downhill section....fast through the timekeepers (almost needs a catch net)!....
Well organised instruction in the funnel....
Thankyou for today Whinlatter....
Thanks to the 10 volunteers who made it possible.....top job!
Well done to the 20 participants also who posted new pb's.....
It's a unique course and I will defo be back....

The last Whinlatter parkrun before Christmas, so obviously it was going to be a Christmas affair! Thanks to all of you who came dressed in seasonal attire, you all looked fantastic. 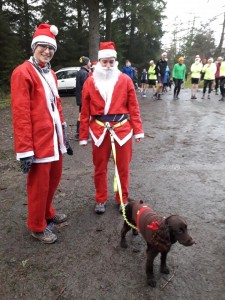 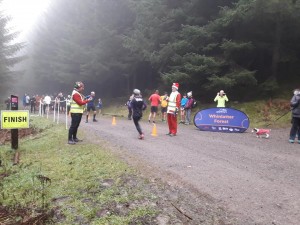 This week we had 106, people complete the course - some of you had travelled amazing distances to be with us - setting off from Aberdeen at 3.30AM to get here and the family who made their way from Newcastle in Australia! 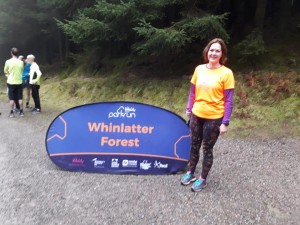 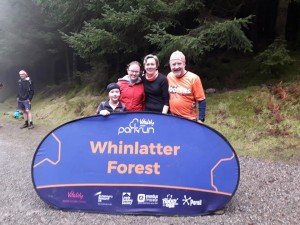 The weather was a bit murky, but that didn't dampen our spirits and we still saw 6 people gain a new PB - including parkrun's very own Simon Tobin - well done everyone! Mike Harper completed his 50th parkrun and joined the red t shirt gang - well done!

We congratulated Matthew Atkinson for finishing 1st and Rose Singleton who was first female - both looking very festive! 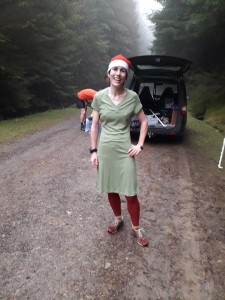 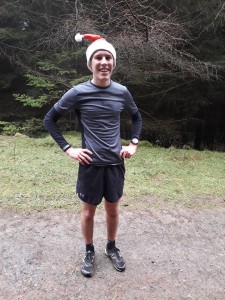 The dogs of parkrun looked brilliant in their Christmas dress too... 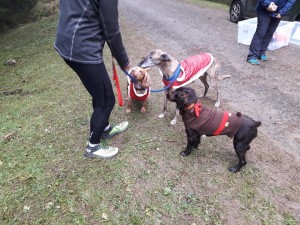 The whole team would like to wish you all a very merry Christmas and we look forward to seeing you next Saturday just before 9AM.

Saturday 14th December will go down in our parkrun records books! Not only was it possibly the worst weather conditions with horizontal hail, sleet & snow but it was the day that parkrun friends Ewan & Paul broke the most amazing barrier. It was the day that Paul helped Ewan in his wheelchair to complete the entire course! Those that have visited us before know that we are famed for our rather challenging course and that we have the most elevation of any parkrun in the whole of the UK. The fact that they completed course was no mean feat and is completely incredible. Huge kudos to both of them and massive congratulations! It was lovely to see and hear everyone cheer them both around the course. 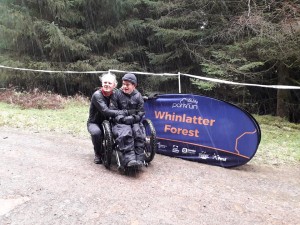 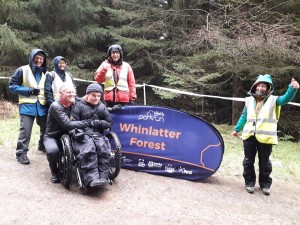 Congratulations are also in store for the 3 people who gained a new PB - George Fawkes, who took finish token 1, Michael Childs and Deborah Hallsworth. Well done! 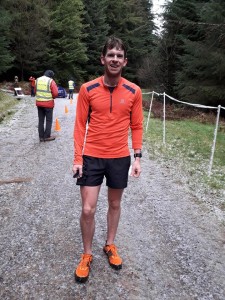 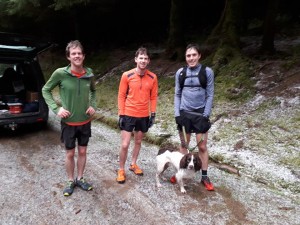 Despite the wintry conditions this week 81 people came along to run, jog or walk the course and were supported by 9 amazing volunteers: 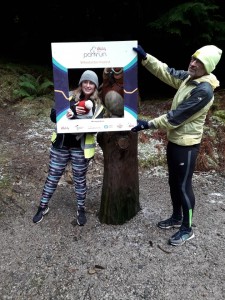 Suzanna was very kind and brought along Celebrations for everyone to enjoy at the end, but we are not allowed to sing Happy Birthday! So, we'll just say it instead...HAPPY BIRTHDAY SUZANNA! 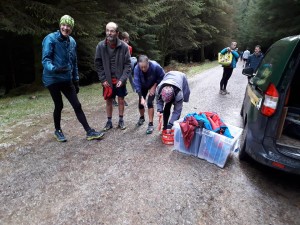