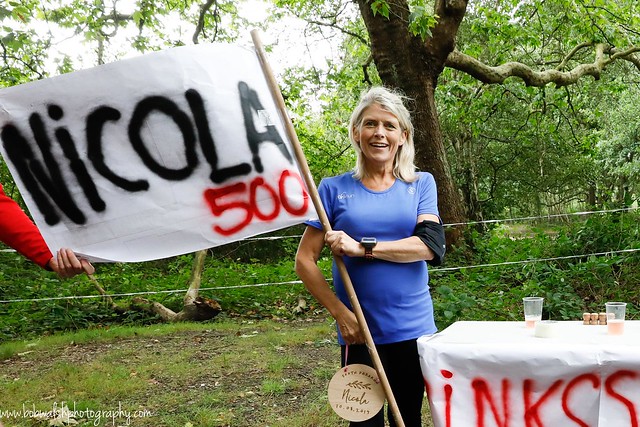 Many of you will know Nicola as the heart and soul of Wimbledon Common parkrun. Sadly, she lost her battle with cancer on Tuesday May 26 at St. Raphael’s Hospice.

Nicola started parkrun on March 1 2008 and was one of its most popular and regular runners. As well as being one of the volunteer co-ordinating team, Nicola was the first female run director and the first and only female runner at our parkrun to complete 500 runs, qualifying for the coveted 500 T-shirt on August 10 2019. And to illustrate Nicola’s devotion to Wimbledon Common parkrun, all 500 of her runs were completed on the Common.

Nicola is unique in having a corner named after her. ‘Nicola’s Corner’ was named after her discovery that runners were cutting a corner and, wanting to uphold fair play, she was often to be heard at this corner ticking-off runners who tried to take the short cut.

A JustGiving page (link below) has been set up to fund a memorial bench to be placed at Nicola’s Corner, and for donations to Trevor Howell Ward at St. George’s Hospital and St. Raphael’s Hospice, both of which helped Nicola throughout her illness. We will all miss her and her infectious laughter.

We can now confirm that parkrun events across the world will be suspended until the end of June. Please note that this represents a minimum time-frame for all parkrun countries and we expect most, if not all, closures to be in place for longer.

Despite this announcement of extended closure, our view of the future is increasingly optimistic as the situation continues to change rapidly and dynamically across the world. There is now a definite and positive move towards relaxation of restrictions, and every week we get closer to the point where parkrun events will return to their communities.

As lockdown restrictions start to lift across some territories in which we operate, we’d like to thank everyone for not going to their parkrun venues, at parkrun time. Importantly, please do not organise group gatherings of any sort at your parkrun locations until such time as parkrun events have officially returned in your region. This is critical in order to preserve the excellent relationships we have with local communities and stakeholders, as well as to ensure the safety of both parkrunners and other users of the space.

We continue to be cautious and thoughtful about parkrun’s return and we will, at all times, consider region-specific national and international government and public health guidance.

Whilst parkrun cannot recommence in any territory until the guidance allows, the restarting of parkrun will be a complex and sensitive process. It is imperative that any decision to recommence has the full and widespread support of volunteer teams, and the wider community. A major part of our energy over the next few weeks will be focused on gathering this understanding and insight, which will in turn inform our decision making.

Understanding the sentiment and feeling of our volunteers and communities is particularly key, as when the decision is made to restart parkrun, all parkrun events in that region will be required to start. Any events remaining closed would significantly and unreasonably increase pressure on those that open.

Volunteer happiness and welfare will always be at the heart of what we do and, prior to reopening any events, we will continue to collaborate with our communities in order to best understand local situations and implement appropriate processes in advance.

Thanks for your continued parkrun passion.

We are getting through this, together, 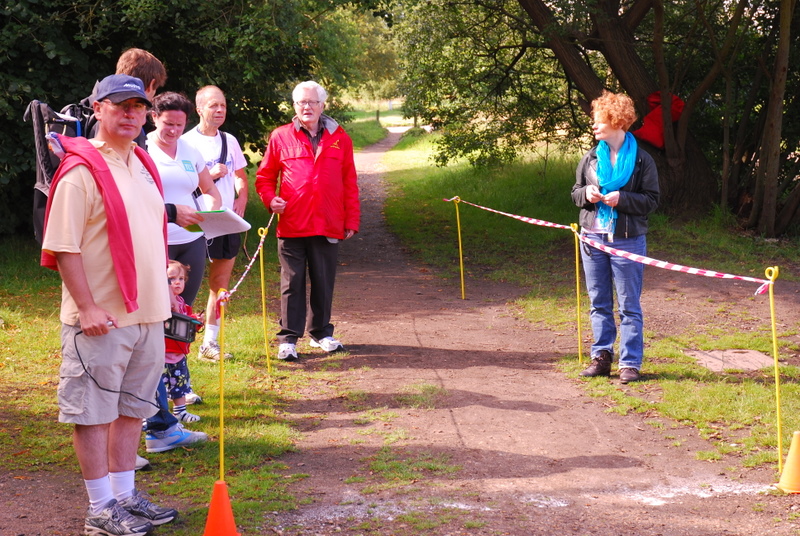 Our friends at Hercules Wimbledon, the club Pete (in red, above, manning the finish funnel) served so well for 50 years and more, have informed us that they are organising 'The Mulholland Mile', a lockdown-friendly online event to raise money towards the £2,500 it costs to place a memorial bench on Wimbledon Common.

You might be aware that Pete, who helped to found Wimbledon Common parkrun and who would turn up in weather fair and foul week after week for many years to hand out tokens at the finish line, even as bad health consumed him, died at the age of 80 in March, having contracted coronavirus in hospital while being treated for injuries sustained in a fall.

The event is open to anyone who cares to take part and the organisers suggest a donation of £5 from all who enter, though of course any amount is welcome.

Entrants can run a single mile at any time between Tuesday 2 June (which would have been Pete's 81st birthday) and Tuesday 9 June. It doesn't matter how fast you run and a mile is within the scope of anyone. And please pass this news on to anyone you think would like to help.

Full details of the event and how to enter can be found here.

Please consider getting involved. Pete was a much-loved figure in the athletics world and since his passing tributes have poured in. You can read a selection on the Hercules Wimbledon AC website.

Pete, red jacket, at his accustomed post back in the day

We’re very sad to advise that Peter Mulholland passed away on Wednesday 25th March 2020 aged 80. Pete had been in hospital after breaking his hip and contracted the coronavirus.

As many of you will know, Pete was a legendary figure in the local running community. In his prime he was an elite runner and in subsequent years he devoted a huge amount of time to running and athletics by volunteering through Hercules Wimbledon, Surrey Athletics and parkrun. His commitment was such that he was crowned the top athletics volunteer in London in 2014 and was awarded the Medal of Order of the British Empire by the Queen in 2015.

Pete ran the inaugural Wimbledon Common parkrun on 6th January 2007 but that was his one and only parkrun at Wimbledon. He decided instead to support the event by volunteering and became one of the core group, volunteering week in and week out, come rain or shine, over the next 10 years and more. Pete made the finish tokens job his own, such that it’s generally known as ‘Pete’s job’ and he was always a friendly individual, greeting runners in the funnel at the end of the run. He had a great sense of humour and would often have a witty comment as runners crossed the line, but was always encouraging to everyone. Quite a few Hercules Wimbledon runners were recruited at the parkrun finish line!

In the last couple of years, Pete’s health started to deteriorate such that the volunteering became difficult for him but he still got up to parkrun on a very regular basis to watch, support, chat and have a coffee afterwards.

A great man and a true gent. You will be missed Pete but never forgotten.

WC parkrun Towers adds: Strava and social media have been awash with tributes to Pete since the sad news became known, suggesting he touched a lot of lives in the running world both at parkrun and more generally. The thoughts of everyone at Wimbledon Common parkrun go out to his family and friends.

Today’s update is to notify you that all parkrun events will now continue to be suspended until at least the end of April. This is in order to keep all parkrun countries following the same timeline for the moment, although we do expect suspensions to go beyond April.

Since deciding to close our events we have been working incredibly hard to action that decision, understand the implications of making it, and provide immediate support to parkrun communities around the world. And, with all events suspended, we are now able to begin work developing our strategy for supporting our communities during this difficult time and, one day, re-launching.

Going forward we will be publishing a global parkrun update every Tuesday (UK time), here.

We will get through this, together.