Sharpening my quill earlier this week in anticipation of my reporting duties I received a lovely email from Havant based parkrunner Karen Cole.

Karen has completed 337 parkruns in total, around half at Havant and nearby. She has visited twelve other runs twice and the rest of her collection is an amazing record of dedicated parkrun tourism, attending over a hundred and fifty events from Basingstoke to Yeovil via Beckton, Forest of Dean, Rugby and now Wimbledon Common. On her return journey she likes to write up what she has seen, and I am delighted to present a contribution from…

Our Runner in Havant…

On turning up at the start line, we found a cheery band of volunteers, who were massing and being briefed as to their duties which lifted our spirits as they do each parkrun morning. The parkrun fairies had been kind to us today and managed to keep the rain clouds away and even some wintry sunshine tried to come out towards the end of our run. Temperatures too had plummeted over the week, so we were all reluctant to shed our outer layers before running. Now where did I put my gloves? (touching lips in puzzlement emoji)*

The runner’s briefing warmly welcomed and introduced all runners to the course layout. What a lovely course you have meandering around the woodlands. Although bare now, you can see with the nature of your course that you can really track the change in season (I feel another visit might be in order!). This type of course provides lots of opportunities for the faster runners to overtake and to receive and indeed give encouragement as they whipped past us slower mortals. Today was all about staying vertical and running in a straight line as there was plenty of that extra special parkrun mud to negotiate today, especially around that slippery corner before the first small body of water. This was beautiful to pass as it was so clear and flat the reflection of the No 93 bus was perfect as it went past! Mind you jumping in the puddles helped clear off some of it! We even had a laugh as the crows were eating your flour arrows too at the end of our second lap (laughing with tears emoji)*. 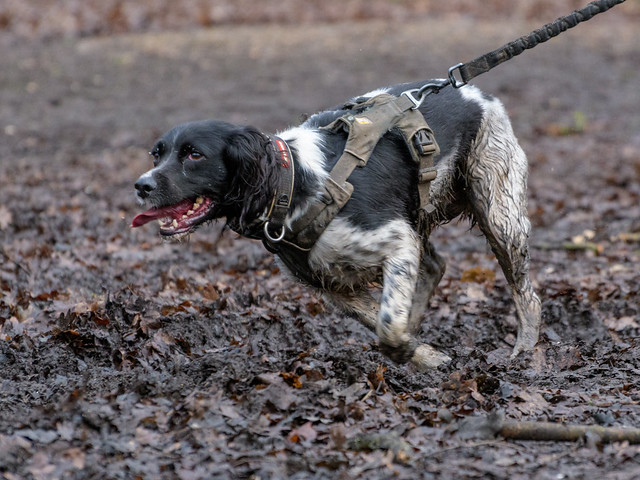 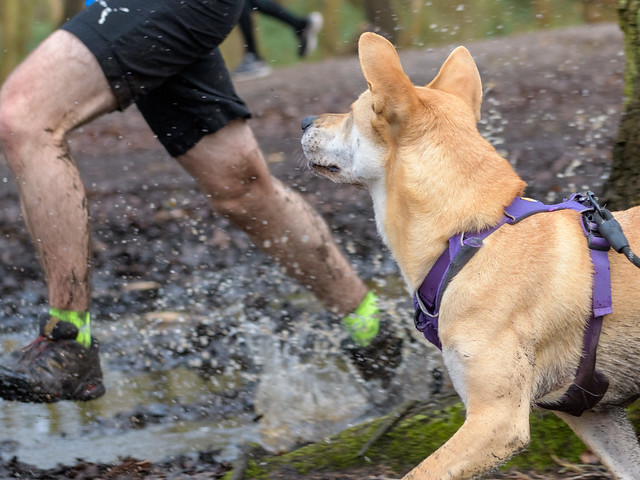 ...who's calling our course muddy Karen?!

There were a fair few tourists at Wimbledon Common today which allowed the perfect opportunity to catch up on where we had been recently and where we were soon off to. Today, tourists from Gunnersbury, Brisbane, Havant and as far flung as Croydon to name but a few were using Wimbledon Common parkrun as their tourist venue.

Norman, our RD for the day, gave a big thank you to the volunteers who gave up their time to ensure that we were able to run this morning. There were certainly a cheery band of Marshalls out at the finish funnel, all supporting by giving encouragement and clapping. Don’t forget if you are unable to run, have a race coming up or are just generally a good egg, then volunteering is a great way to give back to the parkrun community. Head over to the Wimbledon Common parkrun webpage for details of the next few weeks roster and sign up for a position that suits you- you get to wear a hi- vis jacket! -what more incentive do you want? 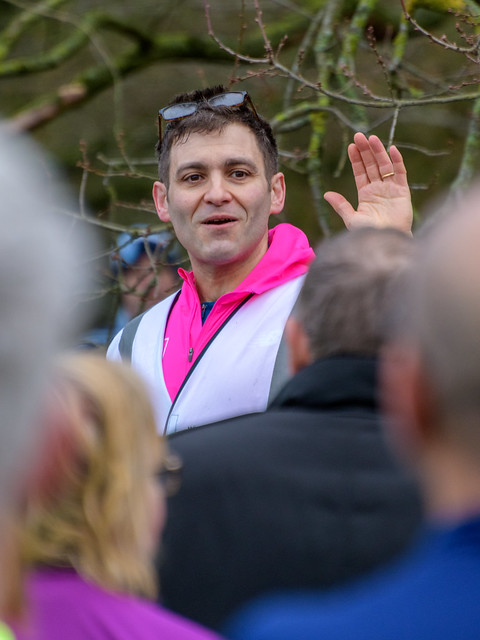 Norman puts his hand up to help...can you?

There were a few first timers who are always warmly welcomed and are on the start of their parkrun journey and working towards their first milestones. The trick is when working towards your milestones is #DFYB- Don’t Forget Your Barcode! ???? of you were listed as unknown runners this morning. That’s one run less to count towards those coveted milestone tees. Were you celebrating a special milestone this week? That’s the great thing about parkrun isn’t it, that each person has their own individual journey to talk about. Especially pertinent though to also remember to hand in your finish token, parkrun needs them for next week as they unfortunately are not a souvenir, medal or indeed your own version of Bingo! (smiling emoji)*

There were a fair few people going back to the nearby on site Windmill cafe for the apres parkrun, with refreshing drink options with a chance to purchase hot and cold food options to go with them, which allowed perfect opportunity to catch up on how all of our runs had gone and what we thought of the course.

Thank you again Wimbledon Common parkrun for perfectly starting our weekend off. Look forward to seeing you all again soon.

Which just leaves the stats…

Many thanks Karen for a lovely insight into our cherished event from fresh eyes. Based on your track record we will be lucky to see you again soon, but if you do make it back you will be very, very welcome!

Just three milestones recorded this week, but congratulations to Tania Lueth who takes a junior 10 t-shirt, Dawn Cameron who pulls on a red one at 50 and Sally Bovill who upgrades to a black 100. Congratulations to all.

In anticipation of next week, I can’t help but draw your attention to our amazing event director Peter AF Collins who is poised for greatness with 499 runs under his belt and counting!

Lucy Woolhouse once again destroyed the competition in the age graded race with an incredible score for the conditions of 87.12%, a full 9.99% ahead of second placed Geraldine Hellings.

Hector Revill (JM15-17, Hercules Wimbledon AC), third in terms of age grading, was the fastest man home in 18:01. Alexander Vanstone (SM25-29, Fulham RC) and David Springer (SM30-34, unattached) were hard to separate but Alexander took the silver honours in 18:38 a couple of seconds ahead of David’s 18:40. 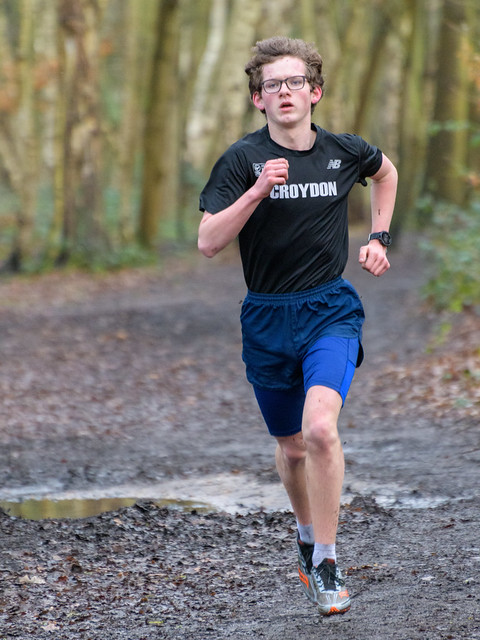 Leading from the front

As usual well done to those eight, but equally well done to the whole field of 484 on a very muddy day and chapeau to the 57 first timers and 39 personal bests. If you can set a PB in the mud on Saturday, just wait to see what you can do with a pair of Vaporflys in May! In the meantime, please enjoy this week’s full results table here.

* apologies to Karen, but I don't this edition of WordPress (or my skill in WordPress) is up to emojis! The first one displays, but the rest of the report is truncated. Any bright ideas to WC parkrun HQ!