This week 403 people ran, jogged, walked the course, numbers were slightly down, we expect reflecting the petrol shortages that dominated the week and we may have lost a few to the London Marathon although we did bag ourselves a tiger. The week's rain also re-introduced us to the more slippery parts of our course and PB's will no doubt become even more hard earned as we go into winter. 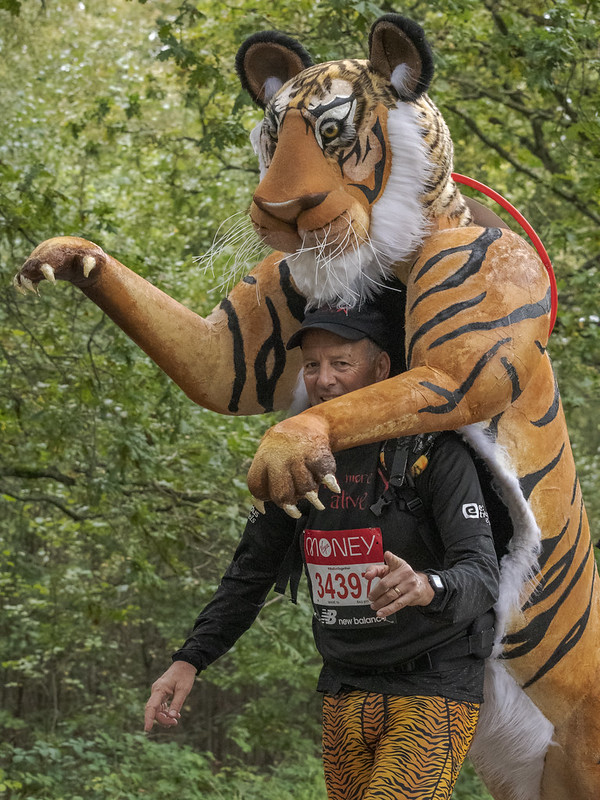 We nonetheless had 33 established parkrunners running for their first time at Wimbledon Common, including first and second place. We hope they had enough fuel to get home. There were an amazing 43 new personal bests and 15 people running parkrun for the very first time. We hope to see the newcomers return next week.

Our photos this week also feature a number of canine competitors - winner of the best dressed below.. 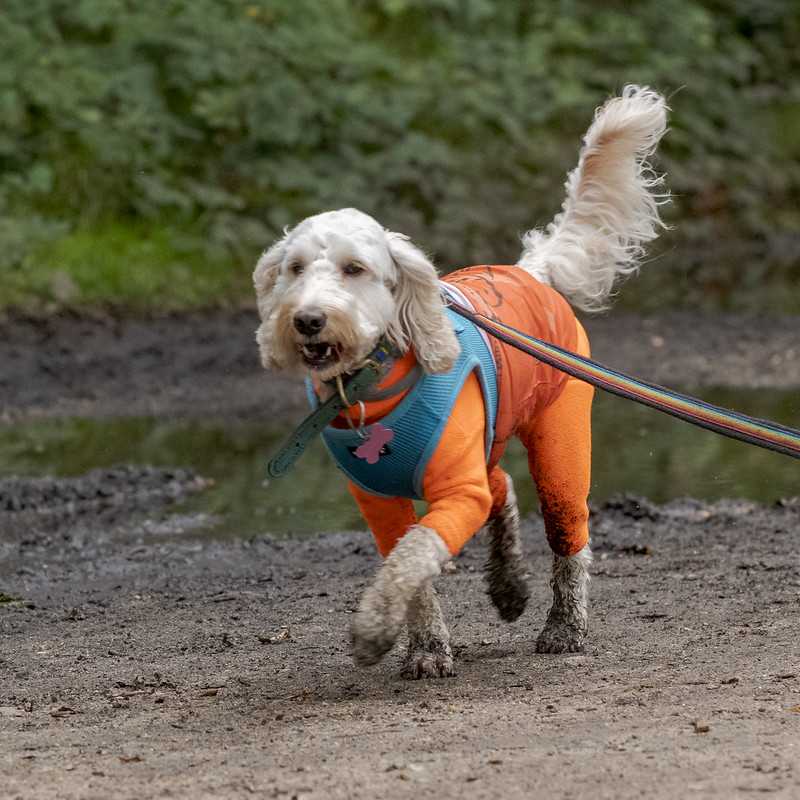 We have a number of great milestones to celebrate.

William Byatt, one of our juniors got his 6th PB on his 10th run. Richard Hughes and Christopher Greenwood both reached their 50 and Adrian Croft got his 100 while Sally Anne Jones finished her 300th run!

With regards to the female placings, Jessica Creak was first lady with a time of 20.35 and a first Wimbledon Parkrun (29th overall). Lisa Margaret Thomas of Hercules Wimbledon AC was the second lady to finish at 21.19 (36th overall). The third female finisher was Lucy Woolhouse placing 37th overall with a time of 21.28.

Parkrun is committed to remaining free and relies on the hard work of a group of volunteers to keep going. Thanks to this week’s volunteers who made this event happen:

Wimbledon parkrun always needs volunteers and it’s a great way to give something back. Please do get in touch if you want to help out!