Well now, that wasn’t so bad, was it?  And if there were a few bleary eyes and even a smudge or two of the night before’s make-up, no one was looking.

As one cheery runner called across the carpark, what a way to start the decade.  And there was no shortage of people ready to get the decade off on the right foot, or the left foot if that’s your thing: 192 parkrunners and 25 volunteers were assembled to start 2020 in style, a happy mass of people catching up with friends, or enjoying a few moments to themselves.  It was a chilly morning, and perhaps there was a thought here and there that this had seemed a better idea a few days ago, but as Punam stepped up to start proceedings those doubts ebbed away.  It was a new day, a new decade and parkrun time. 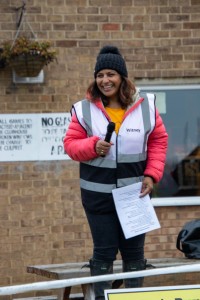 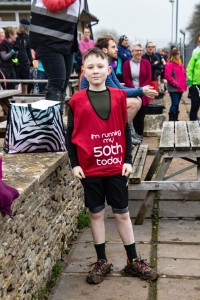 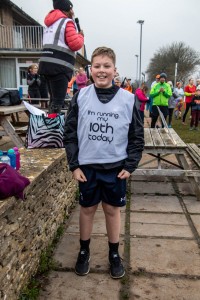 Welcome to Witney parkrun, you will have seen the best and worst of the course at this new year’s special.  At this time of year generally muddy, often slippery, sometimes wet – but always the sense of achievement at the finish line, the buzz of achievement, the inspiration of those super speedy finishers, and the support of the people; the runners, walkers and volunteers on the way round.    It’s a resolution worth keeping, and come the summer, when the mud-bath is a distant memory, and the sun is shining, you won’t remember Saturday mornings any other way.

Actually, while we’re on the subject of resolutions and putting in a regular appearance, there’s one member of the team who has been a bit fickle of late.  Yes the parkrun Weather Fairy, we’re looking at you.  Your efforts in November and December have been frankly woeful, but the soft skies of January 1st were a welcome sight (might that even have been a glimpse of sunshine at one point?), so if you could add yourself to those making Witney parkrun their new year’s resolution that would be great.

No concerns over the rest of the team though – as always thank you to the volunteers who got out of bed and made event 87 possible.  Special mention to Liam Walsh who joined the volunteers 25 Club by giving the first timers’ briefing (no mean feat that with 47 people). 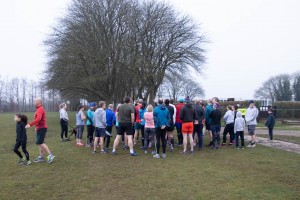 The encouragement on the way round, the congratulations at the finish line and at the barcode scanning makes a world of difference.

The mud did swallow a shoe here and there, and it was undoubtedly slippy and sticky for much of the course, but in the spirit of gentle happiness that was pervading the atmosphere it was drier underfoot than it has been for some time.  Three parkrunners defied the conditions to produce PBs, very well done to them; and indeed well done to everyone who chose to embrace the first morning of the roaring twenties on a chilly field in West Witney.  Happy new year, happy new decade, and very many happy parkruns. #loveparkrun 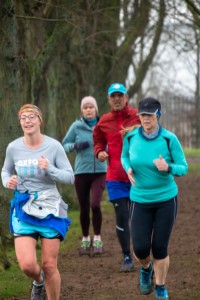 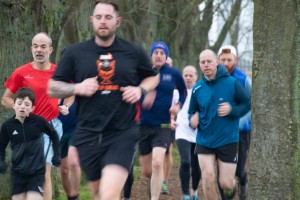