While New Zealand parkruns enjoyed a second week’s return to action, events closer to home have taken a slightly more uncomfortable turn. First came the news that face coverings will be made mandatory in all enclosed public spaces from Friday, July 24th and then, on Tuesday evening, came the shock news closer to home that Blackburn had one of the highest rates of infection in the country, at 61 cases per 100,000 people. This is still some way behind the rate seen in Leicester, the first place in the country to face a so-called ‘local lockdown’, which saw a high of 152.2 cases per 100,000 towards the end of June, but has increased markedly in recent weeks prompting some precautionary measures. Face coverings are already requested in all enclosed public spaces, testing is open to anyone even if you do not currently have COVID symptoms, while greetings with anyone outside your immediate household should be through ‘elbow bumps’ rather than hugs or handshakes and no more than two people from another household should be invited into your home at a time. Simply put, limit your contact as much as possible and wear a face covering if you’re out in public if possible. The consequences of failing to follow this advice is clear: if the rate of infection continues to rise, there will be no option but for Blackburn to go into a similar ‘local lockdown’ to Leicester, which will see our regained freedoms rolled back once more, something I’m sure none of us want to happen. 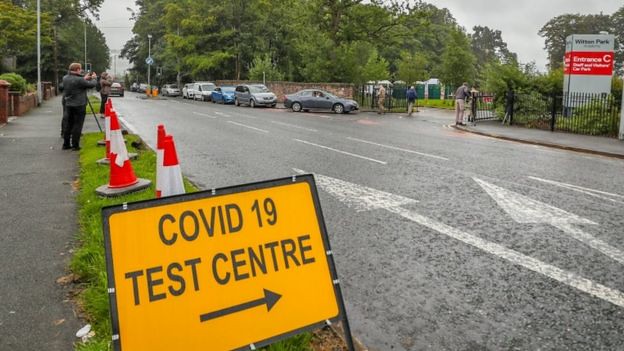 Covid precautions have come to parkrun, with a new testing centre set up at Witton Park High School, just yards from our parkrun route

The latest news from parkrun HQ is that it is their aim to restart parkrun in each participating country as soon as it is safe to do so from a public health perspective. This will likely be before the country-wide eradication success seen in New Zealand has been possible, but at present no time scale is being put on this and no other countries bar New Zealand have a scheduled restart date. You can read the latest parkrun blog in full here: https://blog.parkrun.com/uk/2020/07/14/covid-19-coronavirus-update-14-july/ 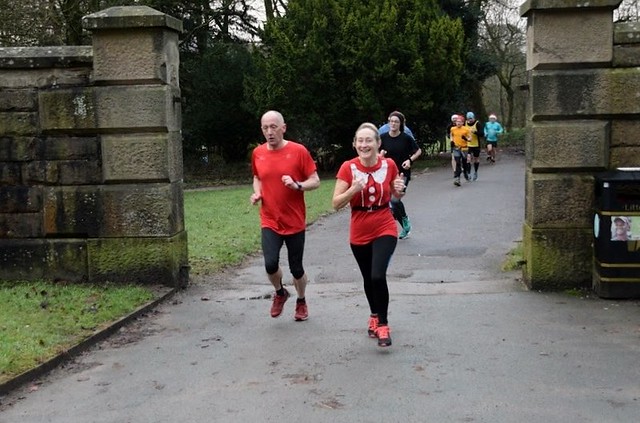 A shot of Jeanette Baron from her last visit to Witton - on Christmas Day!

Next up are a couple of female Blackburn Road Runners and regular Witton finishers, Karen RISHTON in 26:53, followed by last week’s (not)parkrun first finisher, Witton 100 Club member Kate POMFRET in 30:04. Following them are our other (not)parkrun first timers, Becky LARAWAY in 30:33 and Vegan Runner Elizabeth RUSHTON in 32:16. Elizabeth has done 6 parkruns, 5 of which came at Witton and all between September and October 2017, while, excitingly, Becky has NEVER run a parkrun before! We hope that changes when parkrun returns and we hope to see both of you at Witton very soon – in the meantime, please continue (not)parkrunning, it’s great to have you! 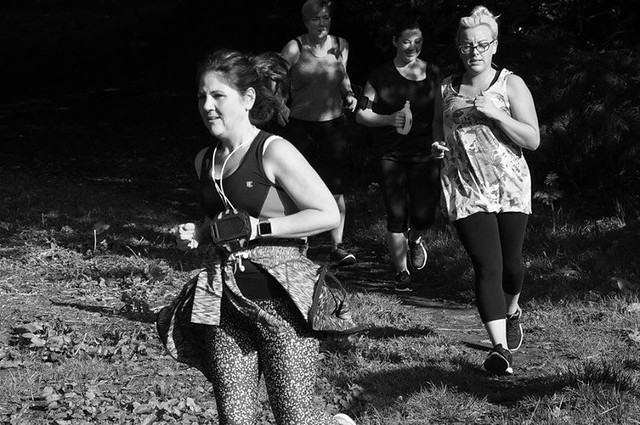 Elizabeth Rushton visited us 5 times in the middle of 2017 - hopefully we'll see you again soon, Elizabeth!

Half a minute further back was another Blackburn Road Runner, Matt CHESTER, in 32:45, then around another half a minute back was Isobel HOLLINGS in 33:13. Finally for this week are two veterans: Brian FISHER of the Long Distance Walking Association in 33:53 and Witton 100 Club member and Blackburn Road Runner Ian GOODLIFFE in 34:11. And that’s it for our (not)parkrunners this week! A speedy bunch. For (not)parkrun Event #4, Becky and Elizabeth ran on Monday, Karen’s best time came on Tuesday, Peter and Jeanette ran on Wednesday, Andrew and Matt on Thursday, Brian, Ian and Isobel on Saturday and Kate on Sunday! 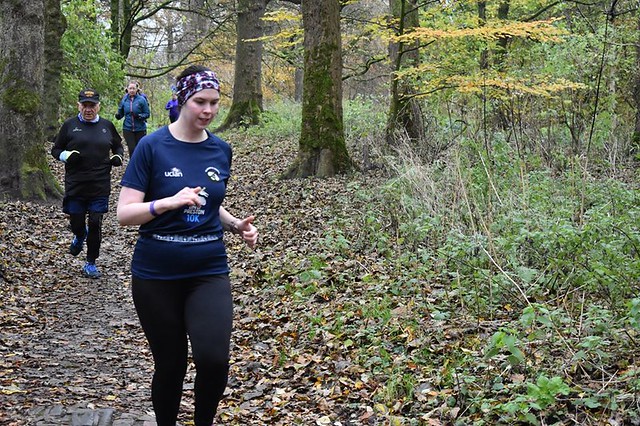 This week sees the return of parkrunniversaries and it’s a special one this week for two recent Wittoners who celebrated a full year since they ran their first parkruns on July 6th, 2019! Step forward Liz LORD and Margaret GREEN, who both made their debut at nearby Cuerden Valley parkrun on that day, enjoying it so much they returned a week later! A week after that, on July 20th, they visited Witton for the first time, on our return to action after our month-long hiatus. In total, Liz and Margaret have both run 19 parkruns, 13 of which have come at Witton. Liz has run 5 of her remaining 6 at Cuerden Valley, plus one run at Coventry parkrun in the Midlands. Margaret, meanwhile, has run 3 times at Cuerden Valley, alongside one-off runs at Burnley parkrun, Tilgate parkrun in West Sussex and Warwick Racecourse parkrun, again in the Midlands. Both have already donned the hi-vis in a volunteering capacity too at Witton, Liz once and Margaret on three occasions! They both most recently ran with us on February 8th, but Margaret actually ran at Warwick Racecourse on the last weekend before the parkrun shutdown on March 14th. Doubtless both ladies would be well on their way to a red 50 t-shirt by now, but like everyone else, their progress has been halted for the time being! Congratulations, nonetheless, ladies and we look forward to welcoming you back to Witton as soon as is possible! 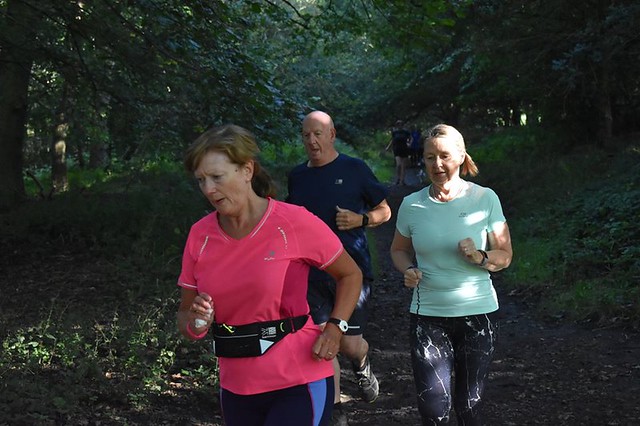 Liz Lord (pink) and Margaret Green (blue) are often spotted together at parkrun, like in this shot from Event #186 - happy parkrunniversary, ladies!

This Week in Witton parkrun…

Another quiet summer week in Witton’s history, which has seen cancellations for the past 2 years as the park has become busier during the summer months. On July 9th, 2016, at Event #42, we had an unknown first finisher, with the big story being Clayton-le-Moors Harriers’ prodigy Helana White, at the time a JW10 who finished in 6th position overall and as first female in a superb 23:03. This obliterated the JW10 Witton record set by Darwen Dasher Holly Turner at our inaugural event and Helana was the highest placed female in the standings in seven weeks. Helana has continued to parkrun, running 75 times in total, over 60 of these coming at Burnley parkrun, while her last visit to Witton was back in 2018 – it would be great to see you back, Helana! 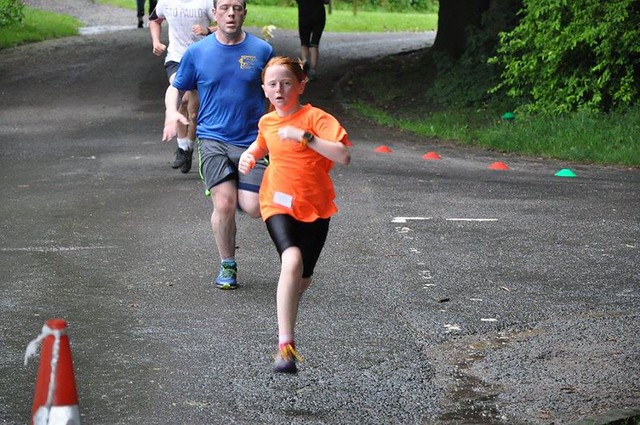 Young Helana White flies into the record books at Witton!

The notable part of Event #88 on July 8th, 2017 was also at the front of the field. First finisher was Horwich RMI Harrier Nick Leigh in a rapid 17:30, just edging out his clubmate, Phil Marsden, in 17:32. It was actually a Horwich RMI 1-2-3 with Alastair Murray “lagging behind” in “only” 18:46! As you can probably guess, those times are right up there in the fastest seen on the Beast and, at that point, 2 years in and after 18 months of using the Beast route, they represented the 3rd and 4th fastest times ever seen on the course, behind only fellow Horwich RMI Harrier Chris Farrell’s 16:25 and Jack Hindle’s 17:12, both from Event #78 in April the same year! Now, nearly 5 years in, they still represent the 9th and 11th fastest times ever seen on the Beast, with Nick having not been able to beat that time to date, whereas Phil has returned to improve on his time twice, with a new PB of 16:58 marking the only sub-17 time on the Beast besides Chris Farrell’s record! 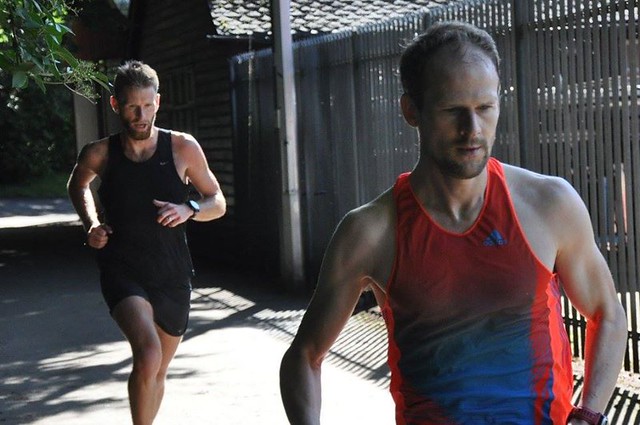 Nick Leigh is closely tracked by fellow Horwich Harrier Phil Marsden on their way to the third and fourth fastest times ever on the Beast at that time!

I’m afraid I have very little to say about July 7th, 2018 from a parkrun perspective, as I was sat on Court No. 2 at the All England Tennis Club in Wimbledon on the Middle Saturday of Wimbledon 2018 for most of the day and was unable to parkrun! I was also keeping an eye on England’s World Cup Quarter-Final with Sweden, which ended in a 2-0 victory for the Three Lions to set up a Semi-Final meeting with Croatia – bound to end in success! Parkrun-wise, Witton was cancelled for the first of two successive weeks. The Searbys took the week off and left parkrunners up to their own devices with no particular Witton on Tour plans! 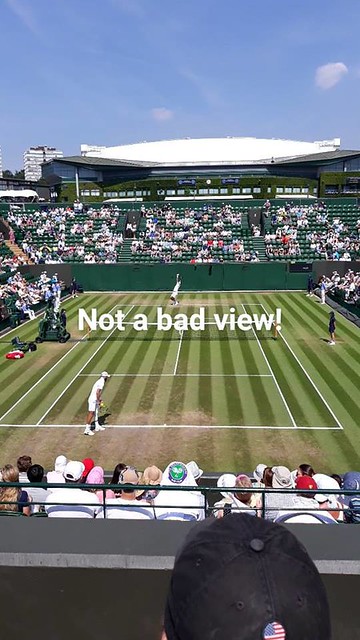 No parkrun means no photos from two years ago...so here's a shameless picture from where I was instead!

A similar story was true for July 6th, 2019, the third of four consecutive cancellations at Witton, when Wittoners continued to run elsewhere until our return. A group of us went to visit the new Centre Vale parkrun in Todmorden for their 15th event. The Vernons, Scott Smith and Lorna Pickup quite enjoyed the 4-lap course, which involved two short laps and two longer laps incorporating a bit of trail and climbing, finishing alongside the bowling green. Peter Craine and Darwen Dasher Andy McAllister were the other Witton faces who happened to be there on the day. 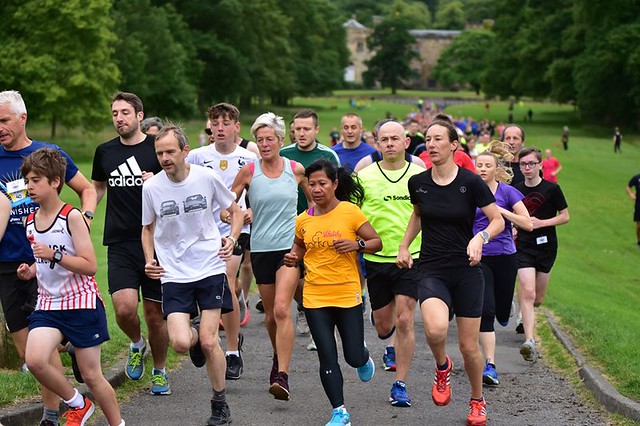 Flying feet for Jane Magee (blue vest) as she heads for a Burnley PB!

The biggest contingent of Wittoners could be found at nearby Burnley parkrun. This included PB-earner Jane Magee and Tim Keely (making his first appearance at Towneley Park), Witton stalwart Anwar Khan, who set a new PB, Paul Thompson and sons Oliver (who earned a PB out on his own) and Alfie, friends Lisa Kit and Erica Doyle who made their Burnley debuts, the Halsall sisters, Annika and Nicola, fellow Blackburn Road Runners Matt Chester, Ian Goodliffe and Irene Slater and Corinne Surkitt and Shelagh Brownlow! 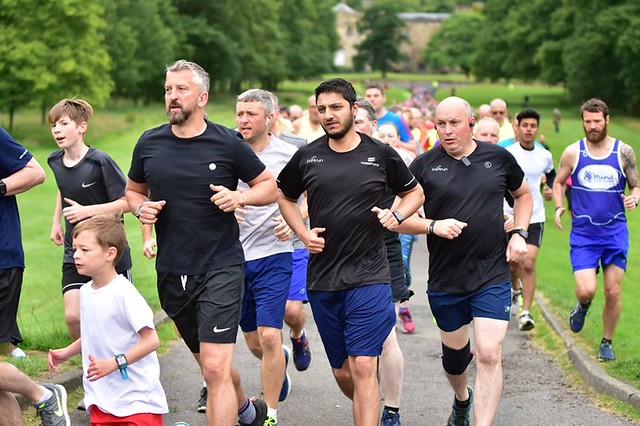 Anwar Khan looks focused on his way to a new PB at Burnley parkrun last year! 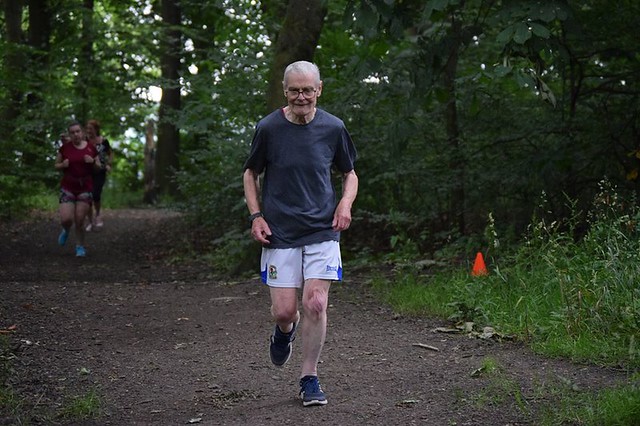 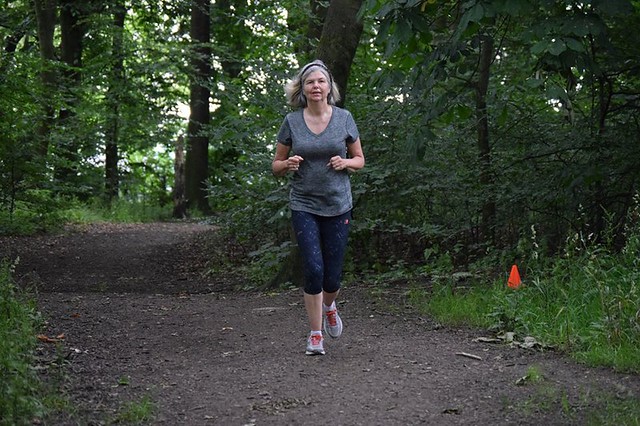 Christine Duckworth ploughs a lonely furrow at Hyndburn parkrun this week a year ago!

A busy week a year ago, it’s strange how foreign the idea of travelling all across the country seems at this moment in time. But just as parkrun will return soon enough, so will parkrun tourism. But for this week, that’s about it.

Stay safe, and particularly those of you living in Blackburn with Darwen, PLEASE follow the local advice so we can avoid a local lockdown.

We’re getting through this, together. 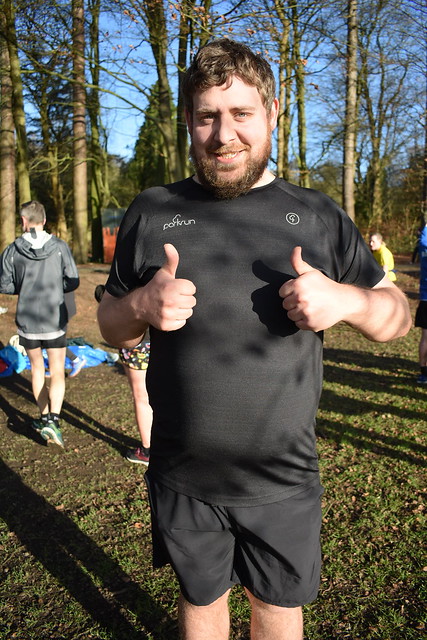