parkrun #244 started off as usual. The first timers briefing was done by Michael Connor and the parkrun brief carried out by Gerry Rudolph with the newish parkrun amp (making its second appearance). This was really effective, as it allowed everyone to hear Gerry loud and clear, and proved to be even more important this week as we received news that the start was 500m further back from where we usually start our parkrun, right by the entrance to County Hall.

I have run from here before and remembered that it offered faster start and given the increase of runners, turning up each week, the news was welcomed by me. This also meant that the finish line had been moved to just behind the café, so no going into the woods for a third time.

All of the runners made their way to the new start line and, once a rogue car had been let through the mass of eager runners, we were handed over to the official timers.
Then we were off, 540 of us snake up the drive of county hall and take a left into the woods at Eddie’s corner. 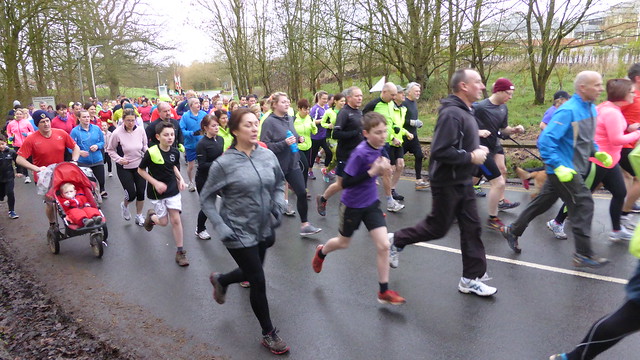 Once in the wood the hard, firm ground from last week, had deteriorated into sticky mud, yet despite the amount of runners this week, I thought the woods seemed quiet and peaceful. Perhaps this was due to the current still weather or may be the reduced number of trees and branches, because of the midweek work that has taken place, coupled with a lack of summer leaves.

However this is also a reminder of all that goes on in the wood by Richard Ralphs, Gerry Rudolph and Richard Dewitt who never fail to get our woods up to scratch whilst we are still lying in bed, on Saturday mornings, so many thanks to them and also thank you to all the volunteers.

The warmer weather also meant that I overdressed and it wasn’t long before I had to remove my gloves and buff, I’m sure others felt the struggle.

Once we were out of the woods, on the second lap, the shorter finish was a welcome sight. No matter how much we love Eddie, on his corner, it came as a relief not to take the right back into the woods for a third time (another advantage to the new start perhaps?) And yet, once the timers had kindly clicked us in, and the tokens have been politely handed out, I’m already wishing the week away for next week’s parkrun.

Whatever your reason for running, a new PB, beating a friend (or your nemesis), regaining your fitness or just completing the course, something brings most of us back week after week and there’s nothing quite like it. Thank you to all the team for making this happen and see you next Saturday.

Great report Laura and you should take great credit for being a key part of the Worcester parkrun atmosphere that has grown from those early days. Thanks from all the parkrun team.

Here's Laura our reporter in action back in the early days, just ahead of Mum Denise. 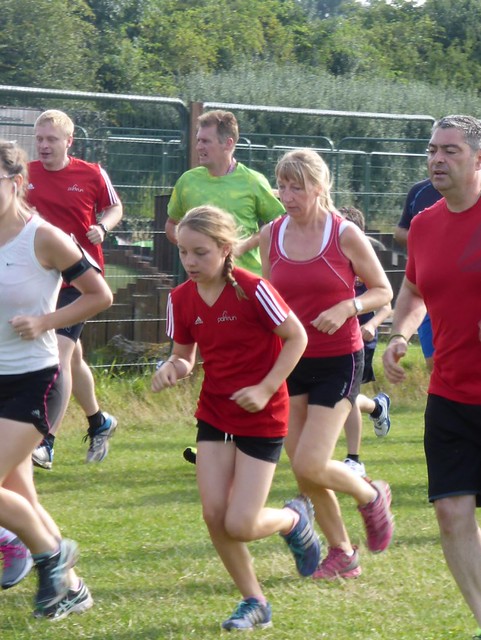 Here are our regular Walls, and stats and thanks to volunteers.

Volunteering this week, looking after the new course....

Well done to all 98 runners who got a new Personal Best this week, and these runners have also completed 10 parkruns....

The Stats Bit
How Many?
There were 542 finishers this week
503 runners registered there results, leaving 39 as unknown as the #DFYB'd

There was an average of 21.78 finishers per minute

There were 21 different clubs taking part
There were 147 runners attached to clubs. That’s 27% of the 542 runners.

This week there were 544 runners, of whom 26 were first timers and 93 recorded new Personal Bests. Representatives of 21 different athletics clubs took part.

Today's full results and a complete event history can be found on the Worcester parkrun Results Page.