The waters of the Severn having subsided somewhat, the new two-lap Pitchcroft course was available to us for the second time, on a day when paradoxically the promise of spring finally seemed to be lived up to, as the threat of nuclear winter increased.

And, for all the planning, preparation and safety risk mitigation in place to squeeze our runners through the bottleneck right-hand turn to traverse the racetrack, the large gates guarding that crossing were again found to be not locked, allowing us a safer means of negotiating the only really tricky part of our course.

And the sun was shining, the birds were singing, the trees were in bud and blue skies were abundant, which made for a reassuring change from the previous several weeks when grey skies, cold winds and miserable precipitation have been the Saturday order of the morning. 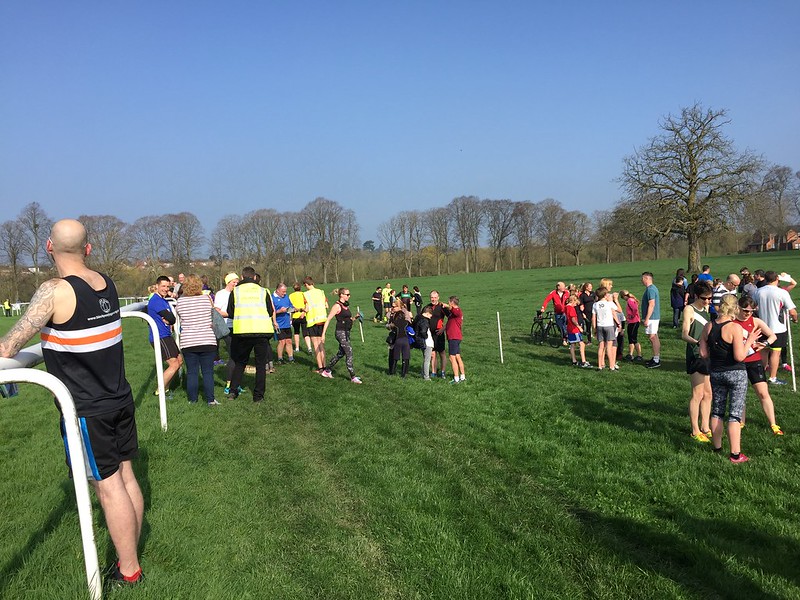 Caroline Attwood-Reusser, a regular parkrunner herself, commanded due attention from the itching-to-get-on-with-it runners at the pre-event briefing, describing very succinctly the work of the charity, and in particular its current fund-raising campaign, Running Down Dementia.

This campaign sees participants aiming to run or walk 100km between April (so it’s only just launched) and 31 August, with the goal of raising a minimum of £100 through sponsorship. 100km: that’s 20 parkruns, and though there are probably not quite enough weekends to hit the target on the basis of parkrun alone, for many people this level of activity would be fairly easily achievable.

Caroline herself returned a respectable 31-minute-plus-change run, showing off her official parkrun Run Down Dementia technical t-shirt, which is available to all people signing up for the campaign. 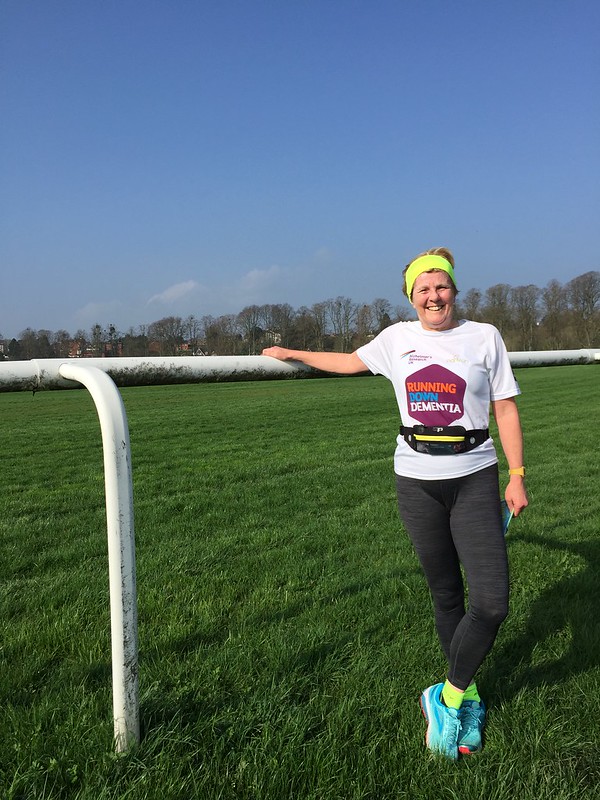 For this week Sam and his brother had booked a holiday in Boston, Massachusetts to watch the Celtics playing the (I think) Milwaukee Bucks (possibly the team of choice of Laverne and Shirley, or perhaps Wayne and Garth from Wayne’s World).

What Sam and brother James hadn’t realised is that there is another minor sporting event taking place in New England this weekend: the Boston Marathon.

So, Sam Payne, obsessive runner, will have travelled 6,000 miles to watch basketball in a city where one of the world’s premier marathons is taking place in which he is not participating.

He is doing has done the local parkrun though

Had Sam decided perhaps to keep his money in his pocket and his carbon footprint in check, he would, along with 208 runners, 27 volunteers and numerous family & friend supporters, have enjoyed the sunshine, blue skies and refreshing light breeze that Worcester UK (rather than Worcester Mass.) had to offer this morning.

That meant no need for runners and volunteers to huddle for shelter like bedraggled pigeons around the pavilion before the race start, and a Worcester mass (did you see what I did there?) of smiling faces and socialising at the finish.

Jan Golding - Volunteer of the Week

Hitting the 25-event mark this week is Jan Golding who is our volunteer of the week.

Completing 25 volunteerings sees Jan able to claim, yes, yet another technical t-shirt - but one which speaks to a willingness to contribute to providing the parkrun event from which so many people benefit.

Jan often provides the briefing for Pitchcroft first-timers, as well as undertaking some of the technical admin tasks after the event that ensure our parkrunners have prompt and as accurate-as-possible results as promptly-as-possible.

Jan - in the words of Bob Dylan - you can have your cake and eat it too. 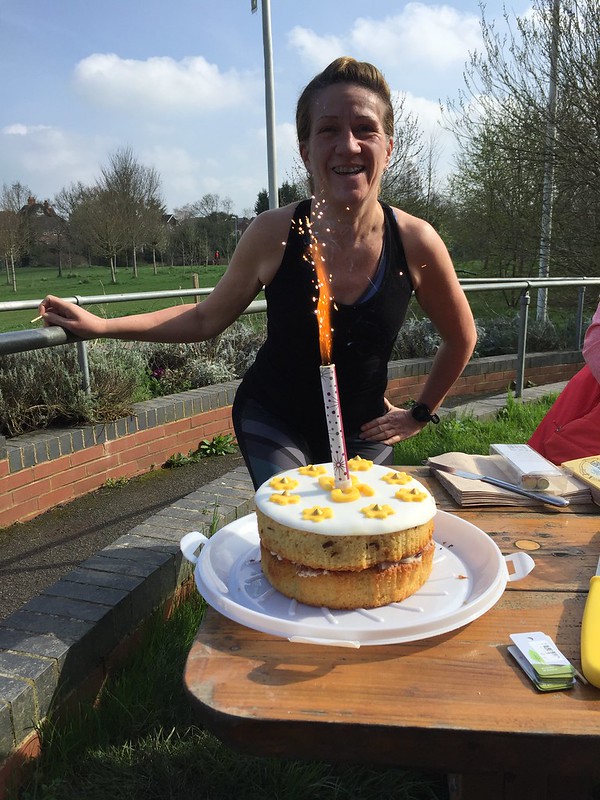