This week's run report is written by David STARKIE. Thanks David!

After the excitement of the 100th Wyre Forest parkrun this week might have been a bit of a come down, but step forward the Forest Monsters Helena ASHWIN and Julie CARTER with their own Century milestones. Our friends the Forest Monsters are well known amongst regulars for their bright orange kit and for helping to develop the healthy(?) Wyre Forest parkrun tradition of fancy Dress and though there were no pyjamas on view this week the Forest Monsters didn’t disappoint: Helen & Julie decked out in traditional orange with tutus and fluffy leg warmers were accompanied by “The Orange Blob”, and the group ran around together enjoying this milestone. Tremendous effort from Dave SMITH as the Blob. 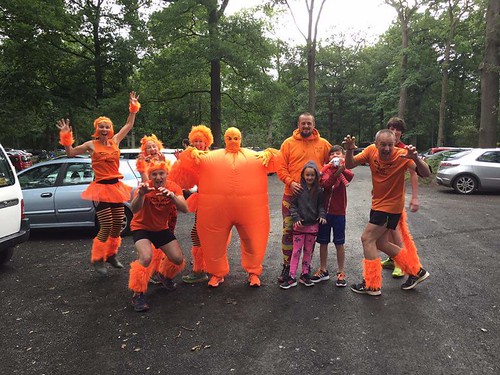 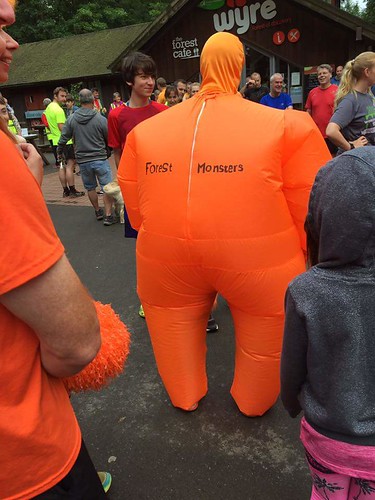 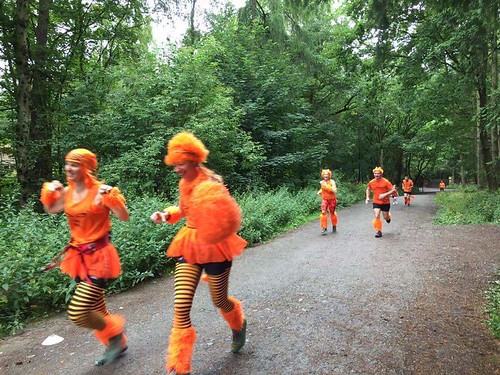 There was another milestone as Mick HUDSON completed his 50th parkrun (45 at Wyre Forest). We also celebrated Sue ALLEN’s 50th birthday.

There is no traditional gift for 22nd wedding anniversaries though copper is now being promoted in this guise, but what could be better than coming to Wyre Forest parkrun to celebrate as did Sandar and Steve WADE from Abingdon. We hope the course lived up to the occasion. We also had visitors from Sheffield, Dudley and Germany.

We are always looking for volunteers to help give the regular team support and a well-earned break, and Vicky HONEYBOURNE ably took over as Run Director this week. The team were also able to provide an extra volunteer Graeme ANDERSON to aid a visually impaired athlete Lynn COX around our challenging course. If you just volunteer once in every 10 runs then we can fill all roles, and this is especially important during the holiday season so if you can volunteer, then let the team know (email: wyreforesthelpers@parkrun.com)​ 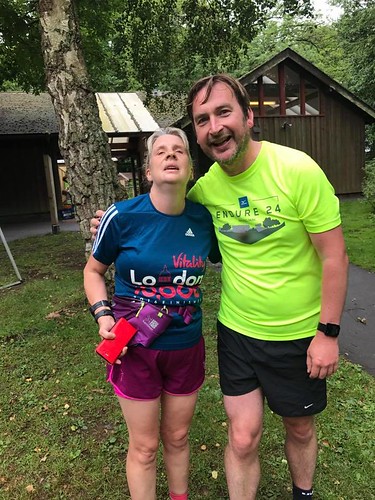 This week 181 people ran, jogged and walked the course, of whom 31 were first timers and 34 recorded new Personal Bests. Representatives of 28 different clubs took part.