This week 242 people ran, jogged and walked the course, of whom 48 were first timers and 31 recorded new Personal Bests. Representatives of 26 different clubs took part.

We welcomed tourists from Bournemouth, Yorkshire and Worcester this week. Lots of Worcester Black Pear Joggers were participating as part of their club championships - we hope the course proved a success for you all!

We said a special 'thank you' to our awesome Andy GARLICK who this week volunteered for the 100th time! He is the first of our core team to reach this amazing milestone. There are no more official milestone clubs after 25 for volunteers (or free t-shirts!) but I still think this deserves a special mention. Without regular volunteers like Andy we really wouldn't have a parkrun - Andy was one of our founding members from Cleobury Mortimer Running Club and we are incredibly grateful to him for all the time he puts in. 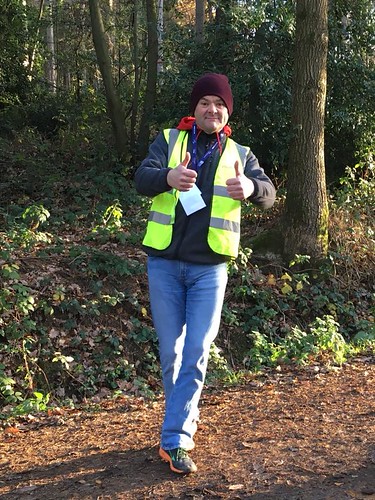 And another important volunteer also reached an official milestone as Nigel GARDNER joined the Volunteer25 Club. thank you Nigel for all the time you give to help us out!

And Ruby THOMAS joined the Junior10 Club this week so will soon be sporting a special white 10 t-shirt! Well done Ruby!

Some dates for your diary:
On December 9th the Wyre Forest Hash House Harriers (the drinking club with a running problem!) will be doing a full volunteer takeover! And they have a theme (of course!) which is 'Panto'. Oh no it isn't......Oh yes it is! Etc....! Sounds like brilliant fun so please join in!

Then on the following Saturday we will be collecting items to donate to Kidderminster Foodbank. Obviously this is a fabulous time of year for many of us but we mustn't forget that sadly, some families in the area are not so lucky. 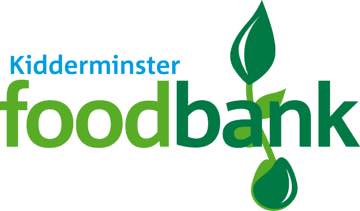 The sort of items that we'd appreciate are long life items - cans, jars, UHT milk, juice in cartons, tinned fruit, toiletries, washing powder etc. and it would also be nice to include some Christmas items where possible (sweets, chocolates, Christmas puddings etc.) A volunteer from the foodbank has offered to come and collect the items on that date (16th December) and to thank us - so lets make it a large collection! thanks all.

Saturday 23rd December will be our final parkrun before Christmas and a big celebration! So lets get those Santa suits, reindeer ankler headbands and tinsel garlands out and make it a sparkly spectacular! Cakes and mince pies are also very welcome!!

And of course as well as all that - Don't forget your Barcode!

Thank you all for continuing to support our wonderful parkrun and make it the amazing event that it is.

See you on Saturday!
Andie 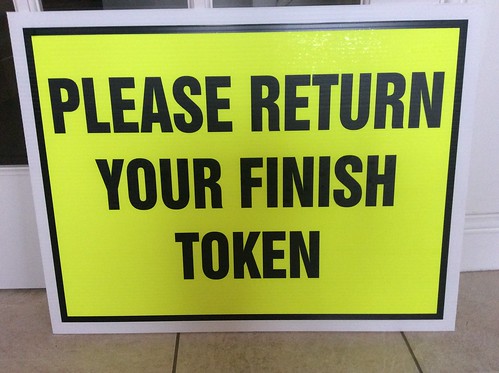