This week 175 people ran, jogged and walked the course, of whom 16 were first timers and 26 recorded new Personal Bests. Representatives of 26 different clubs took part. 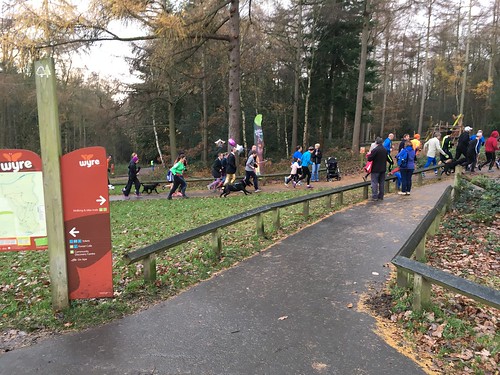 We welcomed tourists from Kingston, Keswick, Dudley, Liskeard and Wolverhampton - thanks for joining us!

The event was made possible by 26 amazing volunteers:

Please contact us at wyreforesthelpers@parkrun.com to help us on December 16th, 23rd and 30th - there are gaps on the roster currently.

Our awesome regular volunteer Pauline SMITH joined the volunteer25 Club this week - thank you so much for all the time you give up to help us out Pauline - we really do appreciate it. 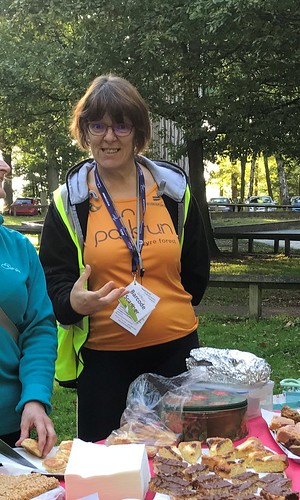 Photo: Thank you Pauline for everything you do for us!

Phil SHELDON ran his 100th parkrun joined by his friends from the Wyre Forest Hash House Harriers - the photograph says it all! Congratulations Phil. 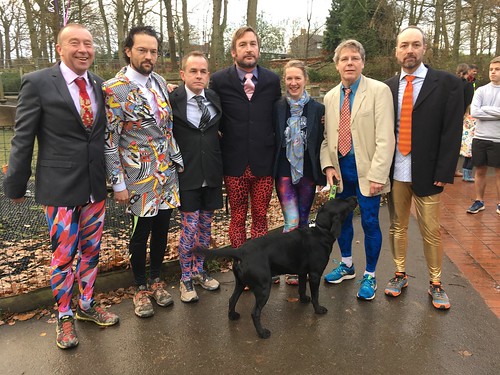 Photo: Phil (left) and his fellow Hashers try to act serious for once!

And James CHATTOE celebrated his 50th parkrun by dressing up as a crocodile - as you do at Wyre forest parkrun! Well done to you too James.

We also said well done to Tony LANGDON on his 100th parkrun and happy birthday to a well known character Rob REYNOLDS (his actual age remains a mystery...!) and to regular runner Neil THOMAS. Hope you both had a great weekend. 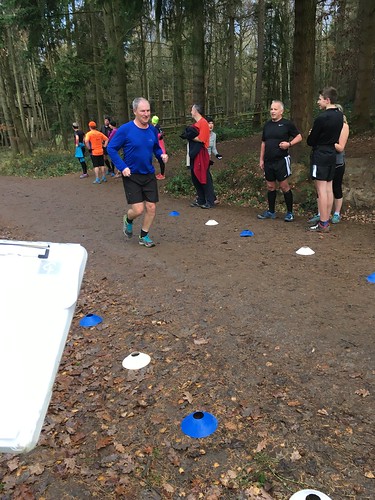 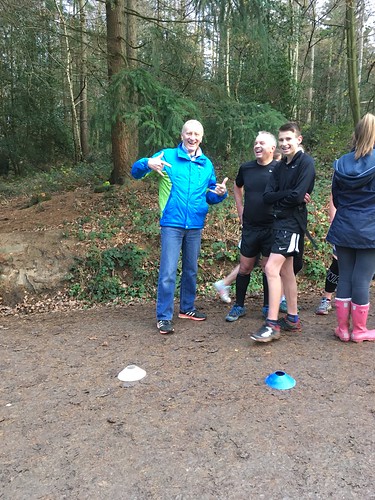 The stats also tell us that junior Euan NOLAN ran his 10th parkrun this week so well done to you too Euan! 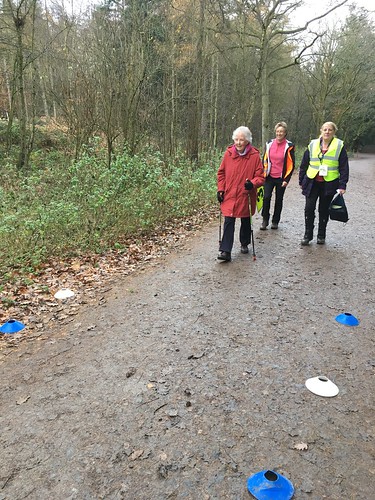 Last Saturday I volunteered for the role of Run Director. Not a role I would normally volunteer for but one that I am really happy to have done. I would like to thank the core team for their help & assistance over the last couple of weeks as they trained me for the role & a big THANK YOU to Andie FORD for her advice & help.

After being terrified by doing the run brief with lots of announcements (only forgot one) the parkrun itself passed without incident. Timekeepers were spot on & I don't think there were any missed scans so thank you to you guys.

*The announcement I missed was for the parkrun on the 9th December which is a club take over by Wyre forest hash house harriers & their theme is panto. So expect a colourful & fun parkrun. *EDIT: check the weather reports - snow is forecast - sadly, we may have to cancel this

Once again a thank you from me to all the volunteers & I will be RD'ing again. 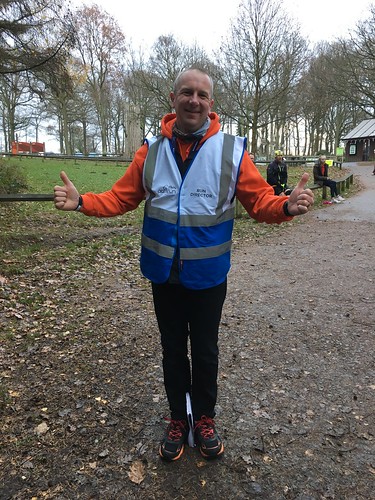 Photo: Will RICHARDSON joined us again this weekend 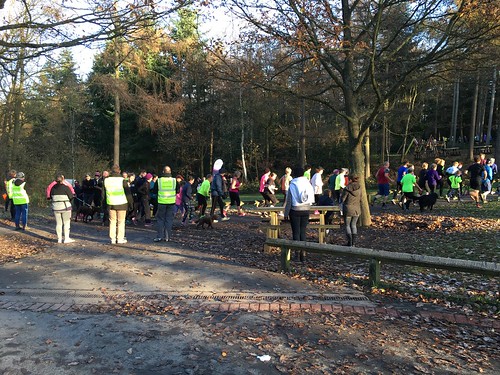