This week's parkrun has been written by our very own 'Wyre Forest Aussie' Ann WEBBER. Sadly for us, Ann is resident here for just one more week before she departs our shores to return back to her homeland.

For those that haven't had the pleasure of meeting Ann, she will be holding the stopwatch for the final time this weekend and we are all going to miss her so, so much. She is a woman of great strength, generosity and humour and she will leave many happy memories with us all.

Before I copy her run report here are just a few of Ann's best moments, in photographs: 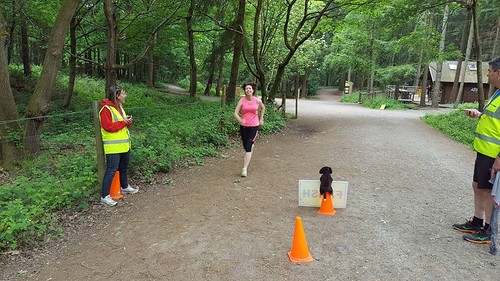 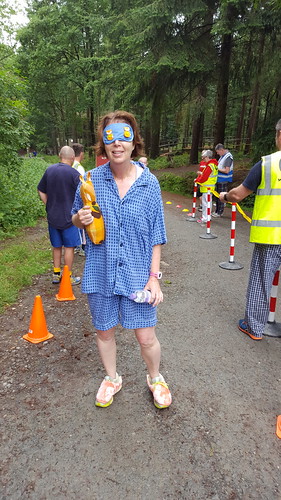 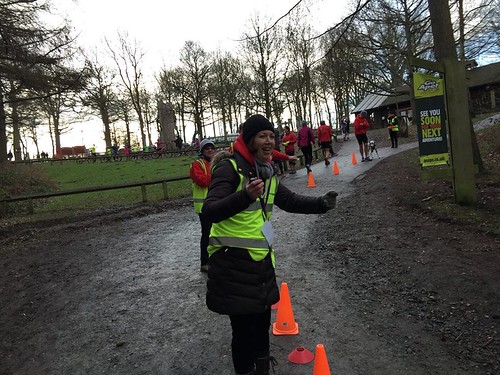 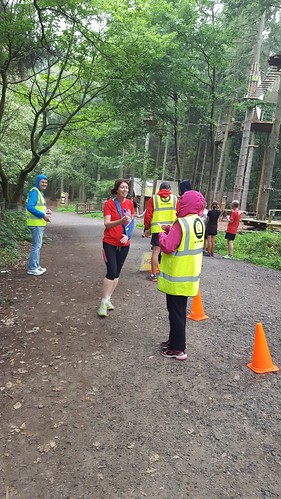 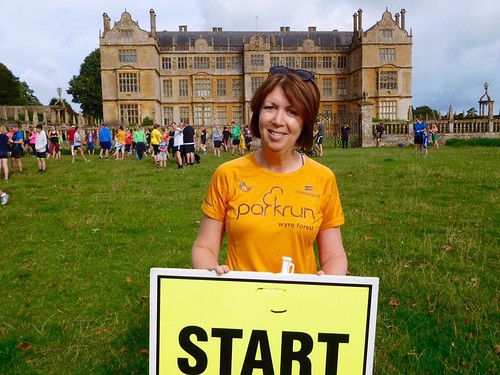 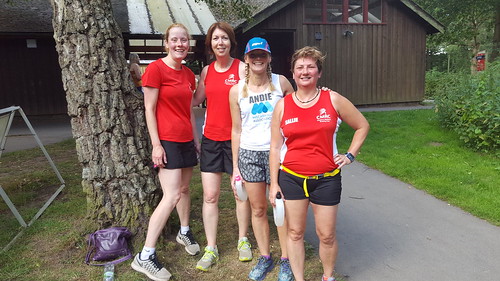 Thank you Ann, and over to you for your report:

And so 2017 has come to pass. Still unable to give up your Chrissie costumes which this week looked a little tighter, congratulations on another, or your first parkrun year. For the last time this year, you squeezed around that first corner without hitting your shins on the timber railing, avoided entanglement with a dog lead, scooted down the hill and up the rise, caught your breath, wound your way along the flat, wheeled around the 3k corner, huffed and heaved up and up and up, wondered why, passed your second favourite sign (4km silly), reached the bottom of cardiac hill without remembering how, girded and gritted teeth and loins, and then to the cacophony of calls from the funnel team reached your favourite line and sign. FINISH!

This week 246 people ran, jogged and walked the course, of whom 48 were first timers and 17 recorded new Personal Bests. Representatives of 30 different clubs took part.

Special congratulations to Lyndsay PULLEY on his 182nd Parkrun and Dave SMITH aka Pikachu, on his 100th! Wonderful achievements.

And well done to the speedy Heather HANN who captured an Age Category Record this week as she ran 20:12 to lead the SW30-34 category.

And what about the highlights and future goals of some of our other lovely park runners?

2017 Highlight?: winning the Birmingham half marathon.

2018 Goal?: running the London Big Half Marathon in March in under 75 minutes.

2017 Highlight?: Making the British team and participating in the European Championships, held in Slovakia

Goal?: Continue to beat Daisy, that brown lab, my kennel mate, coming in just behind me.

Highlight?: Using the male toilets (female toilets broken)and having the blokes look away. So sweet!

Goal?: Just tickled to get round. No expectations. (Wot!? You're happy!? Not beating yourself up, not held captive by your inner running beast!? I'll have what she's having - ed)

Clair, who started running in July, on her 20th Parkrun dressed as Father Christmas, a (currently redundant it has to be said) promotion after last week running as an elf.

Goal?: Booked into a half marathon. Yeah!

Highlight?: Running my 6th Parkrun after being bullied, totally unfit into it.

Goal?: Increase the run part of run/walk and get around Ludlow in under 40 minutes.

Claire, dressed as Superwoman (reverted quickly back to normal after the festive season).

Goal: knocking three hundredths of a second off to run a sub 30 minute 5km.

Highlight?: 8 PBs in a row! ("No!" Says some mad woman from the bleachers. "Spending quality time with parents!")

Highlight?: messing the timekeeping every week and still getting given the gig.

Goal?: Zero tolerance! Not to mess up once... or twice, or only every second week...

Goal?: Beat that time at the Liverpool Half in March 18.

Carol, who turned 72 just after Christmas

Highlight:? Being able to jog again and without stopping after a 14 year hiatus

Bob and Sue, regular Parkrun spectators and grandparents to Christopher, 15, Hannah, 12 and Sam, 10

Highlight?: Christopher winning the Kiddie 5km Santa run and taking the track record. Watching all three run as well as they can.

Goal?: getting Sam to 11 in November when he will be able to run on his own.

Highlight?: Running with all the people from Hillhampton and Holt Heath

Goal?: To run a World Championship and... oh, break the course record at parkrun. "Your chances?", ed. "Very good to excellent."

Veronica, aged 72, running for one year, completed her 6th Parkrun

Goal?: keep running and be sufficiently improved to enter a half marathon before I'm 80.

Highlight?: "Ummm... Ummmm.... ummmmm....It was a blur." A wonderfully eloquent summary. Now the second part of this interview and remember I'd like to get home before dark.

See you next year. Thanks for the memories!

Aw Ann......thank you for another wonderful run report and for everything you have contributed to Wyre Forest parkrun. It really won't be the same without you

We all wish you the very best on your travels before you return home to NSW and start your own parkrun (no pressure!)