After the incidents of the previous week, and the shock news of Neil stepping down as Event Director, it was a largely incident-free running this week – thank you for abiding by the rules all of you, and thank you all for listening carefully to Steve Allen’s run brief.

We have had various offers of help to the Core Team, and we’ll be having a meeting after the run on Saturday – if there is anything you want us to discuss or that you want to suggest, please let us know.

We have a guest Run Reporter this week in the form of Rachel Holmes, who hails from Harrogate but is definitely one of our own! 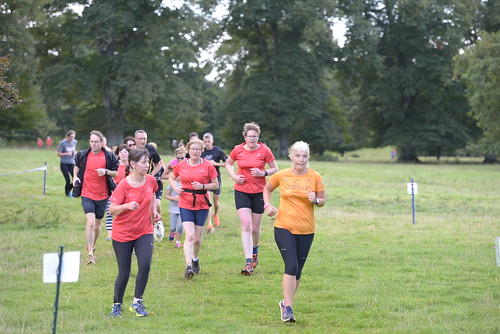 My first parkrun was Yeovil Montacute’s 10th parkrun, 9th November 2013, running my slowest time of any parkruns I’ve completed with a time of 40mins 33 secs. I remember it, being so hard, more walking than running, the Hill felt like a mountain.

My attendance to parkrun was sporadic until Feburary 2015. During 2014 I was struggling with the symptoms of an under active thyroid, then was diagnosed with epilepsy. Struggling for energy, depressed, constantly fatigued, aching body and I was piling on the weight. I also had to hand my driving licence back to the DVLA until I was seizure free. I was frankly a bit of a mess; life was going in slow motion.

Once I was on the right doses of medication, my energy returned, I knew I had to get my fitness back, get back to being happy and lose some weight. January 2015, the turning point. New Year’s Resolution – go for a walking run, just around the fields as often as possible. Walk, run a short bit, walk…. repeat.

I put a call out on the Yeovil Montacute Facebook group, to see if anyone could give me a lift. Following numerous messages and a week or so later, I found my lift. Dave, Vicky, Lucy and Jo Pittard offered me that all important lift. I was back at parkrun in February 2015. Yeovil Montacute parkrun number 65, time 34mins 49mins. More running this time, but that hill was still a challenge. It took to about my 25th parkrun to finally conquer the Hill, after I’d done it once, no more walking, running all the way.

Over the following six months, my running improved, I lost one and a half stone in weight, I joined Crewkerne Running Club, had 11 PB’s and knocked a massive 10 minutes 35 seconds off my first parkrun time, and broke the elusive 30 minute barrier. This resulted in been awarded the Parkrunner of the Month Award. I completed the Harewood Half Marathon in February 2016, something a year earlier I wouldn’t have even contemplated, and would have said no chance.

Unfortunately I have an ankle injury which is slowing me down, and parkrun is my weekly run. I have aspirations to do another half marathon and participate in a few local races once the ankle is healed. My general health is good, I’ve been seizure free since November 2014, and I got my driving licence back in November 2015. Yeovil Montacute parkrun has given me so much. I’ve made so many good supportive friends over the last two and half years. A huge THANK YOU to the Pittards for all those lifts, I still have a lift most Saturdays, I have no excuse not to get up and be ready for parkrun.  The work that the volunteers do has to be recognised, without their time, commitment and enduring hard work, parkrun just wouldn’t happen. Thank you!

The power of parkrun cannot be under estimated. On a Saturday morning we gather together just like the other 464 parkruns across the UK for the run briefing, and off we go, a group of individuals who are connected by being part of the Parkrun Community

Thanks Rachel! If any of you fancy writing a Run Report or letting us know your running, parkrun story then just let us know (we have our 200th run coming up and I will be putting out an appeal for "parkrun memories"...)

I will look to do a proper report this weekend but for the time being you’ll have to make do with the dry stats of the Journalist Report! Do watch this space for news of any decisions that we make at our meeting on Saturday…

This week 368 people ran, jogged and walked the course, of whom 51 were first timers and 52 recorded new Personal Bests. Representatives of 31 different clubs took part.

This week's full results and a complete event history can be found on the Yeovil Montacute parkrun Results Page. 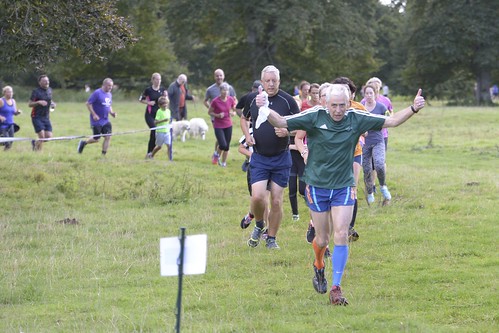 See you all on Saturday!