Where hast tha been since I saw thee? 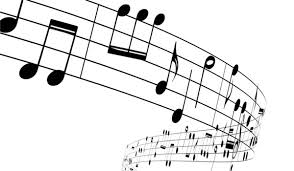 And the correct answer of course is:  On York Knavesmire bar t’hat.  Although as the sun rose in a beautiful, golden glow over the Knavesmire on Saturday 18th of January, it was certainly not a hat-less morning!  With all shades and styles of bobble hats and snoods,
most people (apart from the fearless few) were wrapped up warm in view of the weather forecast.  All?  Well, all except for one runner who was heard remarking that he needed to ‘Strip off another layer soon’ - either a sign of a very hardy Yorkshire man or a sign of one eager to show us his tattoos.  ‘On York Knavesmire Bar Tatts perhaps’??

This week, 718 runners were gathered on this frosty but clear morning to run, walk or jog the 366th parkrun at York Knavesmire.

There is always an atmosphere of friendship and camaraderie at parkruns, but a mention must be made of all those running the RED January initiative from MIND.  Known by their red T shirts, red snoods and warm smiles, they have been out in force for the last couple of weeks doing their best to Run Every Day (RED - got it?) in January, raising funds for a worthwhile cause and exuding welcome and comradeship.

Runners came from far and wide this week, including Knaresborough, Scarborough, Northumberland and the States among other places.  Parkrun is a friendly and chatty place where there is time to meet up with old friends and to make new ones.  It was great to meet up in particular with some Hash House Harriers from Tibworth and share fond memories of running abroad.

Mention must also be made of a very special tail walker this week - a tail walker with a tail (and wagging it all the way round the route) accompanied by his ‘Responsible adult’ who also had a tale ....... to tell.  Our tail walker’s human was gearing up to take part in the Pantomime Run after parkrun finished, (Oh no she wasn’t!  Oh yes she was!!).  She had planned to take part as Dick Whittington’s Cat.  So imagine her disappointment when the costume arrived and was discovered to be just the right size .... for a three year old.  Never mind, may be it will fit the dog.  ‘On York Knavesmire Bar t’Cat anyone’?

After due celebrations for those achieving milestone runs (more about that later), and after a round of applause for all our amazing volunteers and the usual safety messages, we were off.  (Memo to Hash House Harriers: that translates as ‘On on!’).

A huge vote of thanks is due to all of the volunteers who worked this week in the cold to set up the course, marshal, cheer us on, scan bar codes and all the other jobs that ensure that we are able to run.  Without your help, runs would not take place.  We really do appreciate what you do for us!

This week our volunteers included the following 39 amazing people:

If you would like to join our band of happy volunteers - there are plenty of opportunities to help out and we are always pleased to see new recruits.  Just take a look at our park run web page and send us an email at yorkhelpers@parkrun.com if you would like to take part as a volunteer.  See you next Saturday!

And now for the results.

First past the post in a time of 16mins 39 was Laurence Griffin from York Knavesmire Harriers.  He was followed by Chris Poulton of York Acorn AC in 16mins 41 and Jake Stephens of Vegan Runners who came in third place with a time of 16mins 50 which is a new PB for him.

Well done to all of you.  #Three Cheers!

A word of encouragement - please don’t think you have to be another Mo Farah or Kelly Holmes to join us.  This week we had pacers for all paces and, whatever your speed or ability, you are welcome to join us.  You will never be the last person in - we have a tail walker who takes that position - and there is usually the coffee van at the end for a warming drink.

Whether you walk, run or jog, you deserve a round of applause for taking part and finishing this 5k course.  Because for mast of us Parkrun is not so much about racing and winning, but a warm and welcoming social event with a run or walk thrown in for good measure.  So come along and try us out!  We look forward to seeing you again next Saturday.